The Real Meaning Behind America's FONOPS in the South China Sea 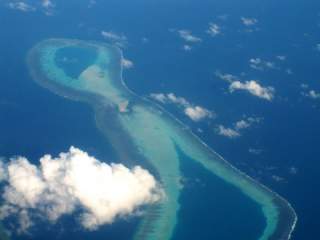 Late on Monday of this week the USS Lassen sailed within twelve nautical miles of Subi Reef, an artificial island built by the Chinese in the South China Sea. China’s Foreign Ministry responded to this Freedom of Navigation Operation (FONOP) with vehement condemnation. U.S. Ambassador Max Baucus was summoned to meet Vice Foreign Minister Zhang Yesui, who told him the American patrol was “extremely irresponsible.” Foreign Ministry spokesman Lu Kang went further, warning that if “any countries have delusions of…[obstructing] the Chinese side’s reasonable, fair, and legal activities in its own territory, then I must urge those countries to abandon those fantasies as soon as possible.”

Despite the Chinese Foreign Ministry’s trenchant language, these freedom of navigation patrols are not meant to be controversial or escalatory. Since 1979 they have been used for “navigational assertions,” demonstrations that some coastal nations’ excessive claims do not conform to international law, may interfere with the freedom of the seas and are thus not recognized by the United States. Neither are they new to the region; in fiscal year 2014, the United States conducted multiple FONOPs to dispute excessive maritime claims, including those of many U.S. partners and allies, such as the Philippines, Vietnam, Taiwan and Malaysia.

Multiple states in the South China Sea have sought to use ephemeral geographic features as a vessel to extend their territorial claims. According to the United Nations Convention on the Law of the Sea, coastal states enjoy territorial sovereignty twelve nautical miles into the ocean—but the legally acceptable reference points for these twelve miles exclude land features that are submerged during high tide. China and other claimants have deployed dredging operations to build these previously insignificant features into artificial islands in an attempt to skirt around this restriction.

Indeed, Vietnam and the Philippines have not replied nearly so vigorously as China—despite the fact that their own dubious claims were just challenged by the Lassen during the same FONOP. The United States was wise to package its freedom of navigation patrol as one of international law enforcement—regardless of country, even if involving a treaty ally—rather than actions easily construed as an effort at containing China. To be sure, China’s dredging operations are by far the most extensive and threatening to international norms. Extensively documented by the Asia Maritime Transparency Initiative, Chinese land reclamation has now been followed by the construction of basic infrastructure. While China has denied any military intentions for these islands, they now sport runways long enough to accommodate military aircraft. China’s sovereignty claims in the region are bounded by a so-called “nine-dash line” that makes up about 90 percent of the South China Sea.

The United States has been warning for weeks that such a freedom of navigation patrol was likely near—and it comes just a week before Admiral Harry B. Harris of Pacific Command is due in Beijing for military-to-military talks. While likely to receive an earful from his Chinese counterparts, Admiral Harris will undoubtedly emphasize the impartial, legalistic nature of these operations—and how they will reportedly be carried out with greater frequency and regularity throughout the region, not just inside China’s unfounded territorial claims. Rather than falling into a false narrative of great-power struggle, the United States must continue to keep the focus of its operations on the preeminence of law, not strength.

Harry Krejsa is a Research Associate at the Center for a New American Security, working in the Asia-Pacific Security Program. He has worked for the Joint Economic Committee in Congress, served as a Fulbright Fellow in Taiwan, and was a consultant to the Departments of State, Defense, and Energy.