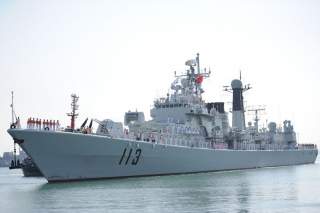 Over several different articles, I have been exploring the dynamics of the budding U.S.-China security dilemma—a high-tech drama pitting anti-access/area-denial (A2/AD) against what we used to refer to as Air-Sea Battle (ASB)—and have offered several different ways to lessen the possibility of such a dynamic from becoming cemented into the Asia-Pacific’s security architecture. However, China’s development and implementation of A2/AD clearly has various origins. One such origin that deserves to be explored is the “historical nightmare” of China’s subjugation at the hands of various colonial and Asian powers.