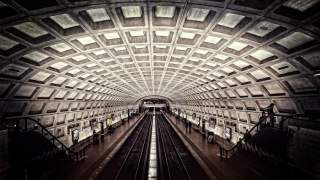 The continuing decline of the Washington Metro Rail can be traced to two mistakes made by the people who planned it. Their first was to choose an expensive, obsolete technology that most American cities had already abandoned. Of the hundreds of cities that had rail transit in 1910, only eight were left when the Metro Rail system was planned in the late 1960s.

By sharing infrastructure with cars and trucks, buses cost far less than trains and can go anywhere there are streets. The high costs of rails means they can only reach limited destinations.

The second mistake was to fail to plan for maintenance and rehabilitation costs. Such costs start out low but rapidly grow rapidly as rail lines approach thirty years of age.

Congress funds capital costs with the expectation that local governments won’t build more than they can operate and maintain. But DC Metro is one of many transit agencies, including those in Atlanta, Boston, Portland and San Jose, whose leaders have proven they will ignore future maintenance costs because these costs are two or more decades down the road.

Politicians in general prefer to fund ribbons, not brooms—that is, new projects rather than maintenance. That’s why the Silver Line was built and the Purple Line was funded when Metro desperately needed those funds for maintenance.

Planners of the Metro Rail system may have subscribed to two popular myths, both promoted today by rail-construction companies. The first is that rail transit is a necessary part of a world-class city. Most world-class cities also have slums, but that doesn’t mean Washington DC should cultivate more slums.

The second myth is that rails can move more people than buses. This has been disproven by cities around that world that have installed high-capacity bus-rapid transit lines.

Eight-car trains can hold far more people than a bus, but they can’t operate as frequently. DC’s Metro Rail system can only handle about twenty-eight trains an hour in each direction. Istanbul’s Metro Bus line moves more than 250 buses per hour each way, and could support well over 300 buses per hour if demand warranted. Since each bus can hold as many passengers as a single Metro Rail car, the capacity of the bus line is much greater than a rail line.

Eight buses, of course, means eight times as many drivers as a single train. But the cost of running a rail line is much greater than just the cost of the drivers. According to the National Transit Database, operator wages accounted for less than 5 percent of the 2014 cost of operating and maintaining DC Metro Rail, but 27 percent of the cost of Metro buses. Lower support costs make it easy to absorb the cost of more drivers.

Another myth is that some people will ride trains but not buses. Putting aside the question of whether taxpayers should subsidize such snobs, if they exist, the truth is that transit riders are far more sensitive to frequencies and speeds than to whether the vehicle they are on has steel wheels or rubber tires.

As Peter Rogoff said when he was Federal Transit Administration administrator in 2010, “you can entice even diehard rail riders onto a bus, if you call it a ‘special’ bus and just paint it a different color than the rest of the fleet.” Add cushy seats, free WiFi, and power ports, and run them frequently on routes with stops about a mile apart, and you can attract even more riders.

In short, I’m suggesting that not only did Washington leaders make a mistake in choosing rail in the late 1960s, but that it would be a further mistake to spend the billions of dollars it will take to rehabilitate rail today. Instead, Washington should seriously consider upgrading the rail system to bus technology.

One advantage of using buses is that they can better respond to major changes in the transportation world. Uber, Lyft and other companies are planning to flood cities with self-driving cars that will provide door-to-door service at a cost competitive with public transit. In fifteen or twenty years, most people who are riding transit today will probably be using shared self-driving cars instead.

Because of their lower capital costs and shorter lifespans, bus systems can respond to competition from self-driving cars much better than rails. Bus routes can be changed to where demand is highest and the buses themselves can be made self-driving.

Metro obviously needs to keep up on basic maintenance on the rail lines it is running. But before doing a major rehabilitation of any particular line, Metro needs to ask whether it makes more sense to convert that line for buses.

Randal O’Toole ([email protected]) is a senior fellow with the Cato Institute and author of Gridlock: Why We’re Stuck in Traffic and What to Do About It.