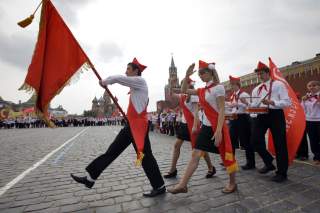 The twenty-fifth anniversary on December 26, 2016 of the collapse of the Soviet Union reminds us of the important changes that followed Soviet dissolution, including the elimination in Russia of widespread political and socioeconomic regulation of society. But echoes of the Soviet past, including crackdowns on dissent, now seem more pronounced. Observers also view the resurgence of Russia’s military power and geopolitical ambitions under Vladimir Putin as evidence that Russia seeks to resurrect the status, power and perhaps the territory of the Soviet Union. Observers who view Russia’s policies as neoimperialist often assume that the Kremlin has successfully purveyed bellicose nationalism at home to cultivate, or reinforce, a supportive mindset among both elites and mass publics. A related assumption is that the Kremlin is equally effective in beating the hypernationalist drum to distract elite and mass attention from worsening socioeconomic conditions at home.

Such assessments of Russian domestic politics are flawed. The evidence of recent focus groups and large-N surveys in Russia suggests that neoimperial aspirations are weak in Russian society. Against the assumption that Russian nationalism is bellicose either by nature or through manipulation by the regime, the data point to a different conclusion: that Russian nationalism at this time is primarily rational and moderate, and likely serves as a significant constraint on the militarization of Russian foreign policy.

Although Western observers often assume that the political preferences of the majority of Russians are shaped by pervasive, hypernationalist propaganda, leaving them “zombified,” recent surveys suggest that the formation of Russian public opinion enjoys partial autonomy from the messaging of the state. This argument seems counterintuitive, given the extremely high approval ratings of Vladimir Putin. Yet Putin’s numbers, a reflection in part of a “rally ’round the flag” effect due to conflict with the West, do not directly translate into political support for military escalation, greater confrontation with the West, or the resurrection of empire.

Understanding Nostalgia for the Soviet Past

Surveys consistently reveal that Russians feel nostalgia for the Soviet Union. The sources of this nostalgia are varied and complex. Russians often view the Soviet era as a time of social cohesion and economic stability, with steady employment, adequate wages and reasonable access to broad social services; economic inequality and political corruption existed but were held in check. Russians also recall that the Soviet Union enjoyed international prestige and leverage as one of only two superpowers. The Soviet exhortation of “catching up and surpassing” the West was accepted to at least some extent by much of the Soviet population. For many today, the Soviet era still evokes feelings of pride, purpose and security.

Although nostalgia for the Soviet Union in Russia is pervasive, there are sharp differences across generations: older Russians express the greatest sense of loss. In a survey administered in October 2016 (data also reported here), 85 percent of respondents over the age of sixty said they “definitely” or “more often than not” experience regret at the collapse of the Soviet Union, while only 27 percent of those within the age group 18–24 (the generation that was entirely socialized under the current regime) felt the same way. Feelings of nostalgia are also declining somewhat over time. In the October 2016 survey, 68 percent of all respondents either “definitely” or “more often than not” felt regret over the Soviet collapse.  When the same survey question was asked ten years earlier, in 2006, 63 percent of all respondents felt regret either “definitely” or “more often than not.”

Equally important for Russian politics are the pragmatic and normative dimensions of Russian attitudes about the possibility of the restoration of the Soviet Union. In the survey noted immediately above, no more than 7 percent in any age group felt that the Soviet Union in some form could “definitely” be resurrected. In another survey, also in late 2016, only 12 percent of the respondents said that the Soviet Union should be restored. These results suggest that the danger of “restorative” nostalgia, identified by Svetlana Boym as an individual’s desire to physically recreate the past, is relatively weak in Russia. Instead, the feelings of most Russians are in line with Boym’s more benign “reflective” nostalgia, which represents a depoliticized and personalized longing for a lost era or specific time. Russians may have nostalgia for the Soviet past, but relatively few apparently expect or want it to be restored.

Other surveys indicate that Russians as nationalists are more sated in their territorial appetite than most observers in the West assume. In 1998, as Russia approached the close of a tumultuous decade of political and social disorder as well as steep economic decline, only 19 percent of survey respondents were content with the current borders of the Russian Federation. By March 2015, after more than a decade of economic and political stability, this number had risen to 57 percent.

Similarly, 61 percent of survey respondents in 2015 felt that the independence of Russia from the Soviet Union in 1991 was “definitely” or “mostly” a positive occurrence. Only 15 percent thought that Russia’s separation from the Soviet Union was “definitely” or “mostly” harmful for Russia. These attitudes mark a significant change from those of just ten years earlier, when 52 percent of respondents thought independence was a positive event while 27 percent thought the opposite. Although a significant number of Russians remain ambivalent about the passing of the Soviet Union, the steady trend under Vladimir Putin has been toward acceptance of the territorial status quo.

Counterintuitively, the annexation of Crimea in 2014 and its aftermath point to the relative weakness of neoimperial attitudes in Russia. Although some Western analysts maintain that Russia’s takeover of Crimea produced a durable surge of neoimperialist ambition in Russia, this response was short-lived among most Russians. For the most part, the seizure of Crimea stimulated feelings of national pride but not those of bellicose nationalism. Tellingly, the greatest annual increase in sated or satisfied nationalism—reflected in the acceptance of Russia’s existing borders—was a leap from 32 percent to 57 percent of respondents, and occurred during the year following the incorporation of Crimea in March 2014.

Because the Kremlin’s military operation in Crimea was virtually bloodless, Russians in 2014 widely supported their government’s action. The fact that Crimea was important to Russia in ethno-cultural, historical and strategic terms also fueled popular approval, as did Moscow’s defiance of the West and opposition to its Ukrainian strategy. Widespread elation over the resurgence of Russian regional influence was inevitably buoyed by memories of Soviet military, economic, and political power. Putin also benefited from a “rally ’round the flag” response from Russian society due to the ensuing confrontation with the West over the annexation, as well as the emergence of Russia-supported separatist movements in eastern Ukraine.

Yet this political support never provided the Kremlin with a blank check for an expansionist foreign policy. While most Russians support Putin (often due to the perceived absence of viable alternatives) they remain wary of conflict with the West and disinterested in empire building. Russians did embrace martial nationalism for a brief period after the seizure of Crimea in 2014. In a March 2014 survey, 74 percent of respondents said they would support the Russian government in the event of armed conflict between Russia and Ukraine. Less than a year later, this number plummeted to 44 percent, reflecting the ebb of nationalist fervor—itself an indication of the partial insulation of Russian society from the relentless messaging of the Kremlin that post-Maidan Ukraine was now a platform for future American aggression against Russia. 39 percent of respondents now said they would either “definitely” or “probably” withhold support from the Kremlin in a direct clash with Ukraine, up from 13 percent eleven months earlier.

A similar, rapid decline in nationalist fervor occurred on the issue of whether Russia should annex the provinces of eastern Ukraine that were under the control of pro-Russian rebels. In early 2014, almost half of Russian respondents (48 percent) supported the region’s absorption into Russia. Less than one year later, this response had dropped to 15 percent.

The cautious quality of Russian nationalism at the mass level—and its inward-looking as opposed to expansionist nature—is captured in Russia’s debate over guns versus butter. The acquisition and demonstration of military power is a core preferences of conservative and reactionary incumbent elites, and the Kremlin’s current program of accelerated military spending, coupled with its strident anti-American rhetoric, is a source of concern for the United States and Russia’s neighbors.

However, most Russians do not support the increased militarization of Russia’s economy or its foreign policy. Respondents were asked in my July 2015 survey whether the Kremlin should build up its military power or support the economic well-being of its citizens. 69 percent of the participants felt that the civilian economy should enjoy budgetary priority, while 21.8 percent believed that military spending should take precedence. Significantly, only 16 percent of young respondents (18–24 years), the age group often most susceptible to martial propaganda in a controlled political environment, supported Russian militarization over civilian investment.