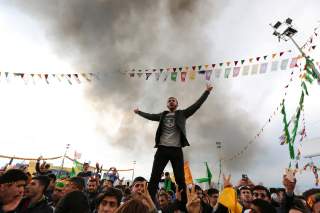 In the long-term, an autonomous Rojava within a federal Syrian constituency might act as a catalyzer for Turkey accepting Kurdish desire for independence and political rights in the rest of the region. The potential of a deepening in the relationship between Ankara and Erbil due to a common front against the PYD is one aspect hereof. The other is the empowerment of the PKK within Turkey, which might eventually force the Turkish leadership to accept a political solution to its Kurdish Question. The main difference between KRG in Iraq and PYD in Syria is their links to the PKK. The KRG-leadership is hostile towards the PKK, while the PYD shares common goals, visions and leadership—and even under these circumstances, it took Turkey some two decades to accept Kurdish autonomy in northern Iraq. Furthermore the Turkish government’s ballot-box logic is driving it to pursue a policy of domestic polarization, making any Turkish tolerance of the PYD or PKK a matter of a more distant future.

To sum it all up, while Kurdish autonomy in Syria could potentially bring about a change of posture for the Turkish leadership and a positive spillover effect for other regional Kurdish actors who aspire for autonomy, this remains a long-term effect and Rojava is most likely bound to create an immediate increase in regional violence and instability.

Image: People gesture during a gathering celebrating Newroz, which marks the arrival of spring and the new year, in the Kurdish-dominated southeastern city of Diyarbakir, Turkey, March 21, 2017. REUTERS/Sertac Kayar