The Real Surprise in Taiwan's Election 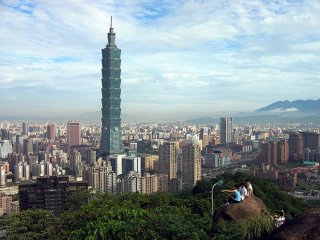 Tsai Ing-wen’s victory in Taiwan’s presidential election on Saturday came as no surprise. All the polls conducted prior to the election placed Tsai in a commanding lead over her two rivals, Kuomintang (KMT) candidate Eric Chu and perennial presidential candidate James Soong. Less clear, however, was whether Tsai’s Democratic Progressive Party (DPP) would win its first-ever ruling majority in Taiwan’s 113-member legislature. In securing a surprising sixty-eight seats, the DPP easily passed the necessary fifty-seven-seat threshold, handing president-elect Tsai an even stronger mandate.

DPP control of both the executive and legislative branches will enable Tsai to govern more effectively. The tenure of former DPP president Chen Shui-bian (2000–2008) was marked by acrimonious gridlock with a legislature controlled by the KMT and its allies. Tsai’s ambitious domestic reform agenda, covering economic, judicial and defense policy, now has a higher chance of becoming reality with a supportive legislature. It will take some time for a defeated KMT caucus of thirty-five to bridge its divisions and mount a credible opposition.

The DPP’s legislative victory has ended the sixteen-year career of Wang Jin-pyng as the legislature’s powerful KMT speaker. Wang wielded extraordinary control over the internal workings of the chamber during his long tenure. His dismissal will therefore have profound implications concerning the manner in which Taiwan’s legislature functions in the coming years. One may expect to see the chamber become more transparent and open to debate throughout the legislative body. It is also likely that a new, inexperienced DPP legislative speaker will give more deference to Tsai than Wang has given to President Ma Ying-jeou. If so, this will strengthen Tsai’s control over the policy agenda.

Beijing is undoubtedly dismayed by the KMT’s defeat in the legislative races. During Chen Shui-bian’s tenure, it viewed the KMT-controlled legislature as an important brake on the independence-minded president’s more controversial moves. But Tsai Ing-wen is not Chen Shui-bian; she is a moderate with a more sophisticated understanding of the complexities of the cross-strait relationship. Nevertheless, staunch pro-independence factions within the DPP caucus may pressure Tsai to take a less conciliatory stance towards China. This may hamstring her ability to reach some formula with Beijing that serves as the basis for the cross-strait relationship other than the 1992 Consensus (which is unacceptable to the DPP), if such an endeavor is even made.

The DPP’s triumph reflects the failure of KMT presidential candidate Eric Chu to shore up support for the KMT legislative candidates. Chu, the charismatic mayor of New Taipei City, replaced the controversial Hung Hsiu-chu as the KMT candidate in the eleventh hour, knowing that he would likely lose the presidential race. But he calculated that his running would help the KMT maintain its legislative majority by inducing his party’s traditional supporters to get out and vote in larger than anticipated numbers. This did not happen. At 66 percent, voter turnout this election cycle was the lowest in Taiwan’s recent electoral history, down from 74 percent four years earlier. KMT supporters simply stayed home this election season, with disastrous consequences for the KMT’s legislative caucus.

Overall, the DPP’s legislative victory is a milestone in Taiwan’s history as a democracy, which has been overshadowed by Tsai’s win.