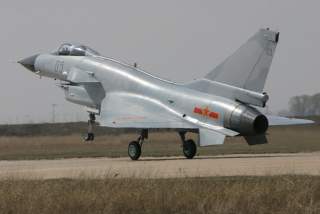 Chinese leader Xi Jinping was humiliated during his just-completed meeting with his Indian counterpart, Narendra Modi, turning the long-awaited summit into a “fiasco,” according to one observer. Sino-Indian relations, which were supposed to be propelled to new heights last week, now look troubled, at least in the short term.

In mid-September, Chinese troops crossed the Line of Actual Control, the demarcation of the disputed China-India border, in the Chumar section of eastern Ladakh, high in the Himalayas. Reinforcements brought their number up to battalion strength, about 1,000 soldiers, according to reports. Although the Sino-Indian boundary there is ill defined, it was clear China’s commanders intended to create a provocation as they advanced several kilometers on the Indian side of the temporary line.

Last Wednesday, while meeting Modi in Ahmedabad, Xi said he had ordered his forces to return to the Chinese side of the border. On Thursday, in New Delhi, Chinese officials told their Indian counterparts that the troops had in fact been directed to return to their original position. In fact, China’s commanders added soldiers late Wednesday night or early Thursday morning.

“Even such small incidents can impact the biggest of relationships just as a little toothache can paralyze the entire body,” Modi told Xi on Thursday, after it was clear the People’s Liberation Army had not returned to China’s side of the line. The tense standoff, perhaps the worst in years, continued Friday, when Xi ended his three-day visit. The incident—actually a series of intrusions—lasted into the weekend.

At the same time, there was a “civilian confrontation” at Demchok, a village also in Ladakh. There, Chinese yak and pony herders set up tents about a half kilometer on the Indian side of the Line of Actual Control, clearly at the direction of Chinese authorities, most likely the army.

Indian government officials, in the words of the Times of India, are “pretty sure” that the incursions “were timed to coincide” with Xi’s visit to India. If so, who timed the provocations? Some believe it was Xi Jinping himself, engaging in a particularly duplicitous form of diplomacy.

The argument that Xi is the villain begins with the notion, shared by almost all China watchers, that he is in full control of the armed forces. If he is, the Chinese leader, by talking peace while deploying his military, was exhibiting a typical Chinese tactic toward the Indians. After all, this would not have been the first time in recent years that Mr. Xi had combined soft and hard tactics against the Indians. For instance, in April and May of last year, on the eve of Premier Li Keqiang’s visit to New Delhi, Chinese troops in platoon force marched about 19 kilometers into India, in the Daulat Beg Oldie sector of Ladakh. They stayed about twenty-one days and left only after the Indians threatened to cancel Li’s visit.

Yet circumstances have changed since last year, and it is hard to see how Mr. Xi thought the intrusions would advance his country’s cause at this moment. This year, Beijing seems particularly anxious to develop warm relations with New Delhi, something the Chinese leader attempted to do with his many goodwill gestures during the symbolism-rich trip.

Why the recent change in China’s approach to India? Beijing has apparently woken up to the possibility that it could be surrounded by powerful adversaries. The last thing Chinese policy makers want is for India to form working partnerships with Japan (Modi went to Tokyo in the beginning of this month) or the United States—where he will meet President Obama in Washington on the 29th and 30th. The deliberate incursion theory, therefore, does not compute as Beijing believes—correctly—that the American “pivot” to Asia does not have credibility without New Delhi’s support.

Of course, the Chinese tend to put new leaders of other countries under stress to see how they react, but that explanation is also hard to accept in this case. Beijing had to realize that the cost of testing the Indian prime minister at this time would be long-term suspicion and that it was unlikely for Modi, with his known nationalist bent and big majority in the lower house of Parliament, to buckle.

In fact, the provocation damaged Beijing’s reputation in New Delhi, perhaps significantly. “As the military face-off continued on Friday,” the Times of India noted, “it was clear that the visit of the Chinese president, which held the promise of improving ties, may have in fact aggravated the trust deficit because of the Ladakh incursions.” Leading Indian academic Madhav Nalapat, writing in New Delhi’s Sunday Guardian, noted that Xi “has been blamed for this apparent show of bad faith.”

It is always possible that Xi and China’s policy makers have lost touch with reality and deliberately ordered the intrusions in Ladakh this month, but it is far more likely that visiting Chinese officials were telling the truth last week when they “pleaded ignorance about the provocation,” implying that elements of the People's Liberation Army were acting on their own. The Chinese words were not, as the Indians generally took them to be, a “feint” because in all probability Xi does not control his army's movements in the Himalayan regions.

Foreign analysts have taken both the continuing purges of generals and admirals and the series of flag officer loyalty oaths to Xi as proof of his consolidation of authority over the military, but these events show continued dissension as both the purges and the oaths would be unnecessary if Xi were in control. Because Xi has made the PLA his power base, he is dependent on the flag officers. The flags may not formally make policy, but they are nonetheless gaining wide latitude to do what they want.

New Delhi for the moment believes President Xi was “unaware” of the “PLA’s muscle-flexing in Ladakh.” The Indians have almost certainly come to the correct conclusion. Xi’s publicly reported remarks on Monday after his return to Beijing, in which he demanded loyalty from the military, is an indication he did not order the foray in the disputed border area.

Due to New Delhi’s acceptance of Xi’s pledge of better ties, the Indian government wants to “fast-track” a border settlement, according to Nalapat. As a “senior official” told the Sunday Guardian, the unfortunate occurrences in Chumar “were a wake-up call to the Chinese leadership because it became clear that such incidents could derail the broader relationship.”

The issue now is whether Xi has the power to cement a deal with India. During his trip, he raised the possibility of a border agreement “at an early date,” something his foreign minister, Wang Yi, talked about in June during his visit to New Delhi.

Beijing, however, has not been able to sign a treaty to settle a territorial dispute in more than a half decade. Unfortunately, its recent publicly announced no-compromise approach to sovereignty issues makes any pact with New Delhi unlikely. An increasingly insecure Communist Party is in no position to explain to the Chinese people that it will cede tens of thousands of square miles when it had previously vowed not to give up an inch, especially after Chinese soldiers spilled blood in the border war with India in 1962.

Moreover, it looks as if someone in the Chinese army—probably in the Lanzhou Military Region, which is responsible for this portion of the Indian border—wanted to derail relations with India by timing the incursions to coincide with Xi’s visit, which means that there are generals who will almost certainly oppose any territorial deal the civilian leadership strikes with Modi’s government. New Delhi may hope to settle all border issues with Beijing while Modi and Xi are still in power, but there is no consensus in Beijing to do so.

Xi Jinping’s two predecessors, Jiang Zemin and Hu Jintao, eventually gained control of the officer corps with reshuffles, retirements, promotions, and demotions, and just about everyone expects Xi to be able to do the same, at least at some point. Yet for the moment—and perhaps many moments to come—he does not exercise full command of the People’s Liberation Army.

Indian officials can foresee an “orbital jump” in relations with China, as National Security Adviser Ajit Doval did just days ahead of Xi’s visit, but Chinese soldiers along a tense border answer to no civilian and have the final say.

Gordon G. Chang is the author of The Coming Collapse of China. Follow him on Twitter: @GordonGChang.