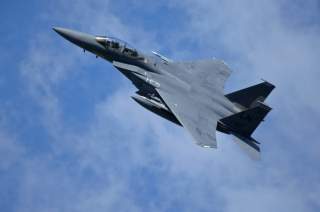 After the end of the Cold War, the defense industry witnessed a wave of consolidations, sparked by a speech given by Deputy Secretary of Defense William Perry in 1993. In a talk later dubbed “The Last Supper,” Perry suggested to a group of defense industrialists that the number of major firms should shrink by about half, from fifteen to seven or eight. Perry, Secretary of Defense Les Aspin and others within DoD reasoned that the defense industry of the 1980s was far too large to sustain on a post–Cold War defense budget.

This talk, along with associated changes in Defense Department policy, helped transform the nature of the U.S. military-industrial complex. The next five years saw several major mergers and acquisitions, often with very old competitors becoming part of the same firm. The mergers led to a reduction of production facilities and infrastructure, but allowed firms to capture the intellectual property, tacit knowledge and social relationships owned by their competitors.

DoD reversed its policy of supporting consolidation in 1998, largely out of concerns from the Department of Justice that further mergers could lead to a decline in competition. The global defense industry underwent a similar process of consolidation, with dozens of firms conglomerating into “national champions.” The surviving firms have become systems aggregators, developing relationships with vast numbers of partners and subcontractors for the components that will eventually become part of a weapon.

Thus, the list of the world’s top five defense firms, is, in some sense, a list of the survivors of the 1990s consolidation wave. These firms, mostly American, have survived by devouring and digesting their erstwhile competition.

No one should find Lockheed Martin’s position at the top of this list surprising. Over the past decade, Lockheed Martin has surged to the top of the pack of defense firms, with total sales above $40 billion/year, and over 120,000 employees. LockMart (as it is affectionately known) has a finger in nearly every corner of the global defense market.

The modern incarnation of Lockheed came into existence in 1926 (several precursors had existed in World War I), and soon dove into the interwar aircraft market. Lockheed’s most memorable contribution to World War II was the P-38 Lightning, although it also produced bombers and attack aircraft for a variety of buyers. LockMart resulted from the merger of Lockheed with Martin Marietta in 1995. Martin Marietta (which itself had resulted from the merger of Martin and Marietta in 1961) had produced military equipment since the First World War, including the B-26 Marauder and numerous rockets and missiles for the Air Force, Army and NASA.

Lockheed survived a postwar wave of consolidation, and focused on its aeronautics division. Cold War aircraft included the C-130, C-141, C-5, F-104 and F-117. Despite this, the defense drawdown of the 1970s was catastrophic for Lockheed, as it lost several major contracts and endured a bribery scandal.

Lockheed survived thanks to government assistance, the endurance of some of its key platforms and its victory in the Advanced Tactical Fighter competition. Until recently, LockMart built the F-22 Raptor, and it continues to build the F-35 Joint Strike Fighter, as well as a range of legacy aircraft. LockMart also builds one of the two variants of the Littoral Combat Ship.

For a very long time, Boeing was known for its bomber aircraft. Founded in the Pacific Northwest during World War I, the firm initially concentrated on floatplanes. In World War II, Boeing was responsible for the B-17 Flying Fortress and the B-29 Superfortress, the mainstays of the bomber offensives against Germany and Japan. In the early Cold War, it developed the B-47 Stratojet and the B-52 Stratofortress.

Business suffered in the early 1970s, but Boeing enjoyed robust sales in the civilian aviation sector. Today, the firm’s sales amount to more than $30 billion/year in military contracts alone. Including the fighter lines acquired through the merger with McDonnell Douglas, Boeing aircraft now fly in many of the world’s air forces. In 2011, Boeing won a lucrative contract to build the next generation fleet of in-flight tankers for the U.S. Air Force.

With the acquisition of the military components of Rockwell (which itself had early acquired North American), Boeing now owns the legacy of many of the most storied military aircraft in American history, including the P-51 Mustang, the F-86 Sabre and the B-1B Lancer. The most recent merger came with the aforementioned McDonnell Douglas, which gave Boeing control over the F-15 Eagle and F/A-18 Hornet.

BAE came into formal existence in 1999, as the merger of Marconi Electronic Systems an British Aerospace. The firm’s lineage, however, runs much farther back; it represents the modern incarnation of nearly all of the United Kingdom’s twentieth-century defense companies, including Vickers, Yarrow, Supermarine, BAC, de Havilland and Marconi.

Partly in order to secure a piece of the U.S. market, BAE has acquired significant American holdings. Because of its privileged position, it has a unique relationship at the nexus of the European and American markets. BAE, like Lockheed Martin, has an interest in virtually every aspect of the global defense market. Its revenue totals almost $30 billion/year, and it employs nearly 100,000 workers.

Major BAE projects run the gamut of military products. It has a role in the production of both the Eurofighter Typhoon and the F-35 Joint Strike Fighter. It produces the Bradley fighting vehicle and the Challenger II tank, in addition to other ground equipment. Finally, it builds most of the major warships operated by the Royal Navy, including the Astute-class nuclear attack subs, the Type 45 (“D”)–class air-defense destroyers and the two Queen Elizabeth–class aircraft carriers.

General Dynamics began life in the late nineteenth century as Holland Torpedo Boat, eventually becoming Electric Boat, which focused on the construction of submarines and small boats. After serving the nation (and a variety of foreign customers, who in some cases were in the process of fighting one another) capably as a naval producer, Electric Boat moved into aviation in the 1940s and 1950s with the purchase of Canadair and Convair (which itself had acquired Consolidated, producer of the B-24 Liberator, during World War II). In 1952, Electric Boat changed its name to General Dynamics, and the firm took over management of projects such as the B-36 Peacemaker, B-58 Hustler, F-102 Delta Dagger and the F-106 Delta Dart.

General Dynamics built the F-111 Aardvark (working with Grumman), but scored its greatest success with the F-16 Fighting Falcon, which remains the workhorse fighter-bomber of many air forces around the world. GD eventually shed the F-16, but remains healthy from a fiscal point of view, enjoying over $20 billion/year in military revenue, and employing 90,000+ workers.

General Dynamics also continues to produce submarines; it remains the prime contractor for the Virginia-class nuclear attack sub. It manages Bath Iron Works, which produces both Arleigh Burke– and Zumwalt-class destroyers. Finally, General Dynamics also builds one of the two variants of the Littoral Combat Ship.

Unlike most of the other firms on this list, Raytheon has built its business around the manufacture of components, rather than of finished systems. Raytheon was founded in 1922 as American Appliance Company. It became Raytheon in 1925, and spent much of its early history as a producer of vacuum tubes. During World War II, Raytheon became a major producer of radars, a business that it continues to dominate into the present day.

During the Cold War, Raytheon moved into missile production, and became one of the chief suppliers of missiles to the U.S. military (not to mention a host of international partners). Raytheon has played a key role in the development of missile-defense technology since the 1980s.

In an important sense, Raytheon is the core of the “reconnaissance” half of the reconnaissance-strike complex, although its Tomahawk missile obviously plays a large role in the strike half, as well. Raytheon components serve in the frontline systems of most of the militaries of Europe and Asia, to the tune of $20+ billion in yearly sales.

American companies dominate this list, but not necessarily because they consistently produce more-competitive equipment than foreign counterparts. Due to the enormous size of U.S. domestic arms demand, most of the U.S.-based firms can take advantage of economies of scale in production, as well as low-risk investment in innovative technologies.

The political and diplomatic reach of the United States exceeds that of any other country. This means that the U.S. military can develop more partnerships than foreign counterparts and that these partnerships can lead to defense exports. Moreover, concerns over access, interoperability and prestige often drive international customers to the same, or similar, equipment as that of the United States.

That said, European companies such as EADS provide competition on the high end, with Russian and Chinese firms producing competitive systems on the low end. Unless the U.S. firms can better master the organizational complexities of dual-use technology innovation than their foreign competitors, this list could change in the future.