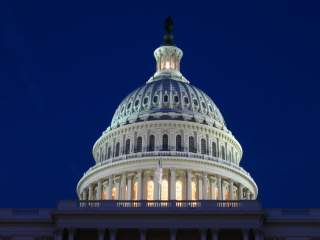 THE REPUBLICAN Party’s dramatic success in the midterm elections and the GOP takeover of the Senate in particular give Republicans both new opportunities and responsibilities in shaping U.S. foreign policy. At the same time, most Republicans in Congress have little or no confidence in Barack Obama’s foreign policy, are offended by his assertiveness in exercising executive power and his occasional outright deception, and are eager for payback. All three of these sentiments are understandable, but Republicans must firmly control the third one—the desire for revenge—in the name of the national interest.

The combination of the president’s constitutional authority and America’s historical practice means that Obama is not only the commander in chief, but also enjoys considerable latitude in running U.S. foreign policy. Yet, taking into account recent polls showing that voters believe Republicans would do a better job than Democrats at managing foreign policy—by a margin of 43 percent to 37 percent—few would be surprised that many Republican legislators want to wrest as much control as possible from the president in this area.

And it is not just a matter of public opinion—attitudes have turned against Obama and his administration in large part due to their poor stewardship of America’s international role. After six years of Obama’s leadership, America is worse off in many key regions. In the Middle East, despite a great investment in American lives, treasure and prestige, the Obama administration is fighting a dispirited rearguard action. U.S. efforts to bolster Iraq against the group calling itself the Islamic State appear too little and too late, while American policy toward Syria borders on incompetence. Likewise, in Afghanistan, American troops are leaving the country with the Taliban largely intact and waiting to launch a counteroffensive—hardly a success story. While the administration has some achievements in its relations with China, tension and suspicion increasingly define our overall ties. Moreover, the administration’s cautious approaches elsewhere have emboldened Beijing in pursuing opportunities to overturn the global and particularly the regional order by reinforcing its narrative of America in decline. In the middle of a major crisis over Ukraine, the administration still rejects the notion of a new cold war and is in denial about the clear and present danger of a military conflict with another major nuclear power. Here, the Obama administration’s denials have as little meaning as its infamous red lines; they are public-relations messages at best.

Nevertheless, Republicans must recognize that Congress is not well equipped to micromanage U.S. foreign policy. Congress has neither the expertise nor the collective sense of responsibility for consequences that is necessary in making major decisions about relations with Iran or Russia. The desire to impose demonstrative punishment on the perpetrators of aggressive actions or domestic repression is not enough to produce results. One clear example is the long-standing congressional temptation to rely on economic sanctions, which may well reflect America’s indignation, but are often counterproductive in forcing other governments to change their conduct in a desirable direction. Moreover, once sanctions are codified into legislation, they cease to function as foreign-policy tools but become permanent parts of the landscape. Witness the Jackson-Vanik amendment, which lived on long after the end of the Cold War.

Congress should investigate, expose and debate Obama’s policies. However, passing resolutions, or even laws, without understanding the potential consequences is irresponsible. For example, some appear to make the dangerous assumption that it would make Ukraine more secure to declare the country a major non-NATO ally (like Israel, Australia or Japan) without making a commensurate commitment to defend Ukraine from Russia. Ukraine is not where the West wants to confront Russia militarily. Russia is not the Soviet Union, but geography gives Moscow a huge tactical advantage in both conventional and shorter-range nuclear forces. No less important, Moscow views Ukraine’s future as a vital interest—meaning that we should not ignore the possibility that Russia could take a stand against all odds. The combination of lethal U.S. military assistance, declarations that Ukraine is an ally and Ukraine’s NATO aspirations could well trigger a preemptive, large-scale Russian invasion. At that point, not only Ukraine but also NATO’s overall credibility and America’s fundamental national-security interests would be at stake. Republicans in Congress should think carefully before attempting to enter such dangerous waters, especially when they are the first to question President Obama’s ability to act as a true national-security leader.

THERE ARE, however, a number of important things that the new Republican majority can and should do to enhance U.S. national security and American international leadership.

1. Put an end to sequestration and increase the defense budget above the Obama administration’s requests. Increases should be smart and carefully targeted, with no pork and no wasteful spending on nonexistent problems. The clear goals should be to improve U.S. military capabilities and to send a Reaganesque message to U.S. friends and foes alike that nobody should mess with America—and nobody can win an arms race with it.

2. Prevent President Obama from imperial war making without congressional approval. There is a disturbing contrast between Congress’s attempts to micromanage foreign policy and its abdication of any serious role in fundamental decisions of war and peace. With all the justified questions about Obama’s national-security judgment and his administration’s commitment to sharing facts with Congress and the public, how can Congress in good conscience allow this president to send U.S. troops into combat by claiming that it is not a “war” just because Obama doesn’t want a war? Thus, Republicans should support Senator Rand Paul’s call for a formal declaration of war against the Islamic State.

3. Strongly encourage the administration to deploy U.S. forces to Poland and the Baltic states, and facilitate efforts to do so, to demonstrate that NATO’s Article 5 is an ironclad guarantee. Reasonable and informed analysts may disagree about the cause of the crisis in Ukraine, but there is near consensus that frontline NATO allies feel both exposed and uncertain.

4. Avoid Iranian nuclear breakout. The recent extension of the limited cap on Iranian uranium enrichment clearly does not go far enough in limiting Tehran’s nuclear options in the long term. But like it or not, the negotiations between Iran and the P5+1 are the only game in town. Going to war with Iran, given the escalating turmoil in the region, is simply not a realistic solution. Ignoring the problem and responding to the emergence of an Iranian nuclear threat by putting a U.S. nuclear deterrent in the region is not a desirable solution. Pursuing a negotiated outcome to keep Iran nonnuclear—backed by sanctions—remains the best course of action. Republicans are now tempted to pile on additional sanctions. As much as this will satisfy the need to be seen as “doing something,” we need to remember that this is a diplomatic negotiation, not a surrender ceremony. Additional sanctions, moreover, could lead other participants, especially the Russians, to withdraw their crucial support for the process.

5. Reduce excessive and misguided U.S. foreign-assistance programs in a careful and deliberate manner. Assistance to important U.S. allies, like Israel, should be sustained, but massive and unjustifiable nation-building programs must end—especially where they are unwelcome. These programs rarely advance U.S. national interests at any level beyond the rhetorical and can in fact even alienate populations of the very countries whose friendship we seek. Republicans have a real opportunity to check President Obama’s global social engineering.

6. Closely scrutinize President Obama’s appointments to key foreign-policy and national-security posts. This does not mean indiscriminately blocking nominees—which undermines U.S. interests—but rather seriously examining their qualifications and suitability. Republicans should refuse to confirm those who have previously misled Congress or the American people. And there have been too many instances of that happening. But Congress should also pay close attention to whether a particular nominee is capable of performing his mission. Michael McFaul was a dedicated National Security Council aide to the president and is a smart and decent man, but should never have been appointed as ambassador to Russia. He might have been an excellent assistant secretary of state for democracy, human rights and labor. Or an excellent U.S. ambassador to Ukraine, for that matter. But his extensive public record as an advocate of regime change in Russia and his highly personal criticism of Vladimir Putin predictably prevented him from serving as an effective diplomatic channel between the U.S. and Russian governments when Obama himself said that such a channel was badly needed. Ironically, his reputation as a champion of the Orange Revolution had itself rendered him unable to assist the Russian democratic opposition, since any interaction with him was automatically suspect in the Kremlin’s view. As it was, the Kremlin perceived Ambassador McFaul’s assignment to Moscow as a signal that Washington lacked interest in diplomacy. Even worse is another appointment, that of Colleen Bell, a soap-opera producer and big fund-raiser for Obama, as ambassador to Hungary—a nominee whom Senator John McCain correctly described as “totally unqualified.”

7. Secure U.S. borders. It is grotesque that the United States is working harder to secure Ukraine’s border with Russia than its own border with Mexico, which is not a real barrier to anyone seriously determined to cross it. President Obama’s decision to introduce major immigration reforms by executive order, ignoring Congress just after voters rebuffed his party, is a challenge to the foundations of our republic. Our continued security and liberty depend upon the Republican majority in Congress and its ability to act carefully and deliberately to obstruct this imperial overreach.