Is the Rest of the World Ditching America to Trade With China? 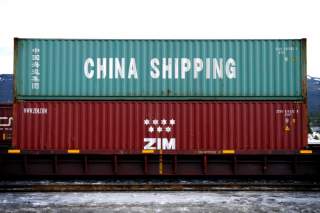 We’ve reached a critical juncture for the future of free trade, and America’s role in shaping it. But the United States is stepping away—or at the least threatening to step away—from the global economy at precisely the incorrect moment. A retreat from global trade, accompanied by threats of sanctions and fines, would do far more damage to the image and trustworthiness of America than anything else. With U.S. legitimacy and stability in question, China and others may be seen as viable alternatives to a tumultuous United States. The simple truth of global trade is that the United States is not the only game in town.

As the second largest economy in the world, other nations already have plenty of incentive to engage in trade negotiations with China. The Chinese, in support of their “One Belt, One Road” initiative, have begun to build institutions similar to Western ones to encourage trade and investment.

One of the largest and most reviled, potential US trade agreements is the Trans-Pacific Partnership. For the United States, the TPP is less about growing the U.S. economy and more about increasing its relevance in Asia. The TPP would be one of the largest trade deals ever with about 40 percent of global GDP participating; however the deal faces opposition from both sides of the political chasm. To a certain degree, political rhetoric in an election year is to be expected. But at current rhetorical levels, the passage of TPP seems increasingly unlikely.

Meanwhile, prospects for the Transatlantic Trade and Investment Partnership—the free trade deal between the United States and European Union are not much better. The deal could have strengthened the economies of the Western world, providing a much-needed economic boost in a time of stagnation. There is increasing skepticism from both sides about the deal. With substantial trade between the United States and EU already in place, nontariff barriers—such as regulations and legal barriers—are being discussed for possible elimination. While breaking down these barriers is important to produce trade gains, they also tend to be exceedingly controversial.

For the United States, the failure of these agreements, or the legislator’s failure to move them forward, would squelch trade negotiations for the foreseeable future. Few countries or trading blocs would want to exert the political energy and resources to tackle a trade agreement with a country that may not consummate the relationship.

A retreat from the TPP and TTIP could spur a rash of new deals between other nations. It is only natural that participants will search elsewhere for growth. And it will not be difficult to find it.

In Asia, the United States led TPP deal is probably second best to the Regional Comprehensive Economic Partnership. The RCEP is a stunning undertaking—not only is it outside of the sphere of US influence, but it includes China, India, South Korea, ASEAN, Australia and New Zealand. In terms of global growth, the RCEP is the center of it.

Following a disintegration of the TPP, participants will turn to the RCEP and look to gain access to China and India—neither of whom is included in the TPP. For Mexico and Canada, who have access to the United States through the North American Free Trade Agreement, this could be the preferred outcome.

Greece already has plans to apply for membership in the Asian Infrastructure Investment Bank, arguably the first of many collisions between the newly created Eastern Institutions and the half-century-old Western institutions. The West’s opposition, or at least resistance to, free trade may accelerate the trend.

According to a recent Pew poll, Americans support free trade agreements by a narrow margin. Certainly, there are downsides to free trade, but it would be a mistake for the United States to abandon it. China and its growing penumbra of institutions are viable options in the case the United States drops the ball. The United States is not the only trade game in town.