The Return of the Jihadi: Assessing the Foreign-Fighter Threat 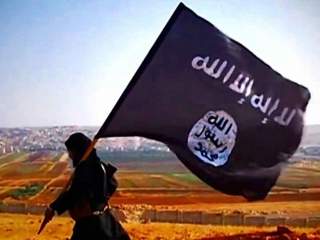 In congressional testimony on February 9, Director of National Intelligence James Clapper highlighted the threat that foreign fighters within the Islamic State of Iraq and Syria (ISIS) pose to U.S. national security. These approximately 36,500 fighters—including 6,600 from the West—not only have potentially easier access to target countries through their national passports but could leverage the tactical skills they learned on the battlefield to increase the effectiveness of terrorist attacks. In a timely event moderated by Jacob Heilbrunn, editor of the National Interest, at the Center for the National Interest on February 16, Bruce Hoffman, the director of the Security Studies Program at Georgetown University, and Paul Pillar, Nonresident Senior Fellow at the Brookings Institution, discussed the true threat represented by foreign fighters, questioning many of the common assumptions held by academics, policy analysts and decision-makers alike.

Building off of his cover story in the January/February edition of the National Interest, “ISIS is Here: The Return of the Jihadi,” Hoffman noted that although he has previously highlighted the key role that religion plays in motivating terrorist organizations, it is important not to overstate the role of religion in ISIS’s recruitment and ideology. While religious belief often plays a role in radicalizing individuals to perform terrorist acts and to join a terrorist organization, equally important is how membership in such a group can serve as a form of catharsis or cleansing. This phenomena, most famously captured by Franz Fanon in his seminal work The Wretched of the Earth, is predicated on the notion that the act of resistance to an adversary is purifying in its own right. Applied to the study of terrorism, this would mean that the particular ideology or goal of a terrorist organization is less important than the broader fact that belonging to such an organization allows individuals the opportunity—in the case of ISIS, terrorism—to vocalize opposition against a larger adversary.

Hoffman also pushed back against the popular notion that there is a stark difference between ISIS, Al Qaeda, Jabhat Al-Nusra and other Islamic terrorist organizations in terms of motivations, goals or tactics. Both ISIS and Al Qaeda, for instance, prophesize the formation of a new Islamic Caliphate and utilize terrorism to help achieve that goal. The primary difference is one of sequencing, in so far as ISIS declared a caliphate quickly, whereas Al Qaeda saw the caliphate as a more distant goal. Still, a captured 2005 Al Qaeda strategy document indicated the creation of the caliphate was intended to occur between 2013-2016, precisely the timeframe that Abu Bakr al-Baghdadi selected for his own declaration. In so much as major differences between ISIS and Al Qaeda do exist, they can be traced to the eager and unilateral formation of the caliphate and subsequent enforcement of a brutal interpretation of Islamic law in the new state. The arrogant and aggressive personality of Abu Bakr al-Baghdadi, as opposed to the more humble and calculating Usama Bin Laden and Ayman al-Zawahiri, helps explain this apparent divergence.

The assumption that strategic differences between ISIS and Al Qaeda would lead the former to eschew international terrorist attacks was bound to be disproven for a number of reasons. Firstly, as noted, the strategic goal of striking abroad might have already been hardwired into ISIS, meaning its apparent emphasis on the “near enemy” might have been a gross misinterpretation. Secondly, the rising stature of ISIS amongst the jihadist community meant that it would inevitably attract the interest of franchise groups (ISIS now possesses eight official branches and approximately 50 affiliates in 21 countries) that could launch attacks either directed by ISIS or inspired by their rhetoric. Similarly, individual terrorists could also launch such “inspiration” attacks without a direct connection to the group, as appears to have been the case in the recent shootings in San Bernardino, California. Finally, the sheer number of ISIS fighters, including the large number of foreign fighters, means that the probability that fighters might be directed to return to their home countries to launch attacks is much higher than with Al Qaeda.

The flow of foreign fighters to ISIS remains remarkably high despite all efforts to not only defeat the organization but also interdict the passage of supporters looking to join it. The possibility for—in the words of Jean-Paul Sartre—“boomerang” attacks therefore cannot be easily dismissed. Per a 2015 report by the House of Representatives’ Homeland Security Committee, the number of foreign fighters in ISIS more than doubled from 2013 to 2014, and increased a further 40 percent in 2015. These fighters come from more than 100 countries and a range of motivations. While religion and a desire for Fanon’s proposed catharsis remain key, another new motivation is that of second and third generation jihadis—individuals who had an older relative or friend previously fight for Al Qaeda or another organization—looking to continue the fight or avenge a loved-ones’ death. For instance, the son of Imam Samudra, one of the plotters convicted and executed for his role in a series of 2002 bombings in Bali, was killed fighting in Syria in October 2015.

In Hoffman’s view, what differentiates the terrorist threat of ISIS’s foreign fighters from those of previous organizations such as Al Qaeda is the sheer number of foreign fighters that ISIS has. The 9/11 commission report noted that thousands of potential recruits flowed through Al Qaeda training camps, with only an elite few chosen for international operations. The larger number of ISIS fighters means that there is not only a larger pool, but also a potentially more capable one. ISIS is able to cherry-pick operatives from a broader list of candidates and select the best ones to carry out attacks on their homelands or adopted homelands. The Paris terrorist attacks in November 2015 indicated that ISIS already possesses the capability for international operations and the size of the organization means that they undoubtedly have the capacity for more attacks as well.

While mostly agreeing with Hoffman’s argument that foreign fighters are one of the predominant terrorist problems facing the U.S., Paul Pillar presented a contrasting view that highlighted how this threat might not be as high as popularly believed. The threat from foreign fighters furthermore might not represent a truly distinct issue outside of the broader threat of terrorism writ large. For instance, how much more of a threat do returning jihadis represent as opposed to the threat from an international terrorist organization that doesn’t have foreign fighters? If the motivation and desire to strike internationally are evenly distributed between the two groups, then the marginal increase in capabilities due to the presence of foreign fighters is negligible. As well, an individual is generally radicalized already if they seriously consider joining ISIS, meaning that they are likely to commit acts of terrorism even if they do not formally join the group. As the recent terrorist attack in San Bernardino indicates, the capability threshold for committing such attacks is quite low and does not require combat experience or extensive training. It therefore becomes difficult to distinguish the threat posed by these individuals due to their membership in ISIS or fighting experience in Syria and Iraq from their latent motivation and capability for terrorism.

Clearly foreign fighters returning to the U.S. represent only a sub-set, albeit an important one, of actors disposed to commit acts of terrorism on U.S. soil. The methods for dealing with the threat from foreign fighters versus purely domestic terrorists moreover differ mainly in degree and not kind. Combatting both threats will require increased domestic surveillance, tracking of suspects, and prevention of easy access to weaponry and explosives. Certainly there are additional measures required to mitigate the threat from returning foreign fighters, such as border security and enhanced scrutiny of immigration, but these only represent a slight shuffle of counterterrorism priorities, not a wholesale replacement.

Pillar was also quick to note the substantial confusion that exists in current policy debates over domestic counter-terrorism policies to prevent attacks and the larger question of how to deal with ISIS’ home base in Iraq and Syria. The two policy tracks are obviously connected, but not synonymous. Adding to the confusion is the undeniable casual linkage between them. In this regard U.S. actions, such as the intensive bombing campaign in Syria and Iraq—and its contribution to recent battlefield losses by ISIS—have clearly impacted ISIS’ strategy, including but not limited to its desire to execute international terrorist attacks.

Given the potential for any shifts in U.S. policy towards ISIS to have negative ramifications, neither Hoffman nor Pillar could provide a clear policy direction for President Barack Obama’s final year in office. The political will for a large-scale military intervention is nonexistent in the executive branch and lacks overwhelming popular support. As well, given the relative success that the U.S. and its regional partners have recently enjoyed in rolling back ISIS from the city of Ramadi and much of Iraq, it might be best to reserve any large shifts in U.S. strategy for a new presidential administration. Adopting a cost mitigation strategy instead of taking decisive action is rarely politically popular, but for a President unencumbered by future political ambitions it might represent the best path ahead: one that doesn’t further exacerbate the threat caused by returning foreign fighters while seeking to prevent, as much as possible, the possibility of a large scale terrorist attack against the U.S. homeland.

Alexander Kirss is a resident junior fellow at the Center for the National Interest.