The Right Way to Sanction China 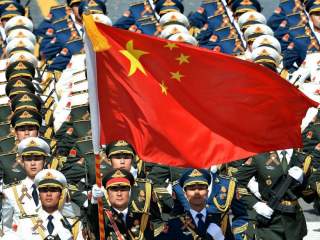 OVER THE LAST five years, the United States has struggled to influence Chinese behavior. Washington’s responses to Beijing’s increasingly assertive activities—ranging from economic espionage to artificial island construction—have been largely ineffective. Yet U.S. leaders are now considering a new option: economic sanctions. Conventional wisdom holds that the U.S.-Chinese economic relationship is “too big to fail” and that Washington therefore has little economic leverage with Beijing. Indeed, U.S. policymakers should be realistic that extensive sanctions against China would be unwise and infeasible. Nevertheless, certain limited, conduct-based sanctions may be able to shape Chinese behavior at an acceptable cost.

The surprising aspect of the debate in Washington over whether to sanction China is that it took so long to emerge; within the last decade, the United States has sanctioned every one of its major national-security concerns other than China. Iran, Russia, North Korea and terrorist groups have found themselves facing not only U.S. unilateral sanctions, but extensive international sanctions regimes. Acknowledging the need for more effective policy options, President Barack Obama issued an executive order providing the Treasury Department authority to sanction state and nonstate actors—including Chinese entities—engaging in malicious cyber activity. Last year, the administration threatened to impose sanctions on a number of Chinese persons in the lead up to President Xi’s state visit. Likewise, various presidential candidates have suggested that the United States impose sanctions against Chinese agencies or businesses involved in cyber attacks against economic targets.

Yet China is not Russia or Iran, and trying to impose an extensive sanctions regime on Beijing would be both unwise and ultimately ineffective. Given China’s global economic importance—notwithstanding its recent economic troubles—U.S. policymakers would struggle to attract the international support required to implement an extensive sanctions regime in response to cyber attacks or regional coercion. In addition, unlike the Russian or Iranian economies, which are dependent on energy exports, the Chinese economy is highly diversified and would be much more resilient to sanctions. Even if such sanctions could be constructed, China has the economic heft and political influence to hit back and do real damage to both U.S. companies and broader U.S. interests. If Beijing viewed extensive economic sanctions as an effort to undermine the economic basis of the Chinese Communist Party’s rule—particularly in the aftermath of China’s recent economic stumbles—Beijing’s response could be highly escalatory. In short, China’s global importance and its enormous economy inoculate it against the type of extensive sanctions levied on Russia and Iran.

Nevertheless, the United States has a set of more targeted economic options for shaping Chinese behavior. These options would need to be limited and designed to deter or reverse specific destabilizing activities undertaken by Chinese individuals, companies or agencies. While these options are far from perfect, they may provide policymakers better responses than threatening to use military force—or watching idly as China alters the status quo.

STARTING IN THE mid-2000s, the United States began employing highly sophisticated and targeted economic sanctions. Washington found new ways to pressure rogue actors by leveraging the dollar’s importance in the world financial system, private firms’ reputational concerns and the fact that the United States is the hub for many technologies necessary for economic development abroad. The construction of sophisticated sanctions regimes effectively rehabilitated sanctions as an effective tool of foreign policy after they fell out of favor in the late 1990s.

In the case of Iran, the United States used its position as the financial capital of the world—and its largest market—to force foreign companies to abandon their business with the Islamic Republic. The U.S. Treasury Department threatened companies with a choice: either do business in U.S. financial markets (and have access to U.S. dollars for transactional purposes) or do business in Iran. A large number of foreign firms consequently ceased doing business with Iran, exerting economic pressure on the Islamic Republic. This ability to impose biting sanctions was—at least in part—responsible for bringing Iran to the negotiating table and ultimately concluding the nuclear deal.

Policymakers have seen the powerful impact of these sanctions and concluded that they can be used to address a wider range of foreign policy issues. As U.S. Treasury official David S. Cohen noted in a 2014 speech, “[f]inancial power has become an essential component of our country’s national security toolkit. That fact may mean that we are called on to use it more frequently and in more complex ways than we have in previous decades.”

Not surprisingly, U.S. policymakers have grown more interested in employing sanctions to counter Chinese activities. White House officials have threatened to sanction perpetrators of cyber attacks. Likewise, policymakers have investigated whether sanctions could blunt China’s increasingly assertive maritime activities. Based on public statements and private discussions, it is clear that the administration is moving closer to employing economic leverage to shape Chinese behavior.

YET EFFECTIVELY using extensive sanctions to deter Chinese economic espionage and maritime assertiveness is likely to prove difficult. First, imposing extensive sanctions would be politically difficult within the United States. Most U.S. policymakers recognize that China’s rise presents many opportunities for the United States. China’s economic dynamism has pulled hundreds of millions out of poverty and energized regional and global economies. Beijing’s growing political influence could help alleviate shared problems such as climate change and nuclear proliferation. China’s increasingly capable military could even cooperate with the United States to conduct humanitarian assistance and disaster relief, noncombatant evacuation and peacekeeping operations abroad.

For these reasons, the Obama administration has attempted to focus its relationship with China on shared interests rather than divergent perspectives. Imposing extensive economic sanctions on China would seriously damage bilateral ties. For example, to authorize sanctions against China for its activities in the South China Sea, U.S. law requires the president declare a national emergency in response to an unusual and extraordinary threat to the United States. While such a declaration is pro forma under most U.S. sanctions programs, declaring that China’s actions pose an extraordinary threat to the United States would be a major political step and appears unlikely during the current administration.

Second, building international support for extensive sanctions would be treacherous, if not impossible, barring a severe Chinese escalation. U.S. efforts to pressure Iran to the negotiating table were successful because they were international. Similarly, U.S. sanctions on Russia have caused significant economic pain because they are multilateral. In both cases, European and Asian allies and partners coordinated with the United States to bring economic pressure to bear. Without this cooperation, both Iran and Russia would have been able to blunt the sanctions. Given China’s large economy and political importance, many of these countries would be unwilling to impose sanctions under anything but the most extreme circumstances.

Third, the Chinese economy is inherently more resilient than smaller or more sector-specific economies like those of Russia and Iran. China’s economic weight alone means that extensive sanctions would not only take a bite out of Chinese growth, but would damage the global economy. Moreover, China plays a critical role in the international trading system as a manufacturer of finished products. Finding alternative manufacturing centers would take time. Unlike the energy markets, which were able to respond relatively quickly to sanctions on Russia and Iran, trade with China is inherently less flexible. In short, China’s size and market position insures it against the exercise of U.S. asymmetric economic leverage.

Fourth, China’s response to sanctions could be very damaging. Unlike Russia or Iran, China could severely harm U.S. economic interests and those of U.S. allies and partners, both in the region and around the world. Despite the repeated use of sanctions since the end of the Cold War, the United States has never imposed them on a country with substantial economic response options. Beijing, on the other hand, could adopt both symmetric and asymmetric responses. China could impose sanctions on U.S. companies, or make it significantly more difficult for certain U.S. companies to do business in China. Numerous U.S. businesses have already encountered political challenges to operating in China, which have caused some, like Google, to withdraw from mainland China despite its huge market. Similarly, in recent months, China has threatened to impose so-called secondary sanctions on U.S. defense manufacturers that provide arms to Taiwan as part of a newly announced U.S. package, cutting these companies off from Chinese markets. Beijing could do the same to U.S. allies’ and partners’ businesses, and levy additional economic measures, such as restricting key exports to or imports from those countries. Such responses accord with China’s traditional use of subtler forms of economic statecraft.