The Russian Army's Super 'Gun' Is a City Destroyer 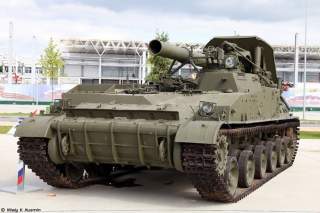