The Russian Connection Between Syria and Ukraine 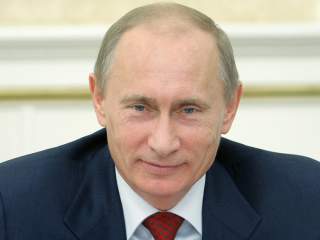 For the last fifty-two years, leaders from around the world have gathered in Munich for an annual review of world security problems. This year’s discussion focused on the civil war in Syria. Not only is Syria a political and humanitarian crisis in the Middle East, but the refugee flows from that war are causing a political crisis in Europe. Some observers foresee the unraveling of the Schengen zone for free movement of peoples that has become a major accomplishment of European unity. In contrast, last year the focus in Munich was on Russian aggression against Ukraine. Ironically, it was easier to garner a consensus about a Western response to that threat. Behind both topics, however, lies the question of what Russia wants. At the same Munich Security Conference in 2007, Vladimir Putin had warned of a more assertive Russian policy against the West.

Last weekend, I listened as Russian Prime Minister Dmitri Medvedev told the conference that the world has “fallen into a new Cold War” for which he blamed the North Atlantic Treaty Organization (NATO). This came despite the fact that just a few days earlier, Secretary of State John Kerry and Russian Foreign Minister Sergei Lavrov had met with others to try to arrange a ceasefire in Syria. Kerry announced an agreement to send humanitarian supplies to cities and a cessation of hostilities within a week. Lavrov then told the conference that he put the odds of success for the agreement at 49 percent. Russia did its best to dash any sense of optimism.

Russia is backing the government of Bashar al-Assad which has been dropping barrel bombs on civilians in its efforts to regain control of major cities like Aleppo, and Russia has been accused of striking civilian targets rather than just attacking terrorist groups like the Islamic State of Syria and the Levant (ISIL). Medvedev denied that Russia was attacking civilian targets, and Alexander Grushko, Russia’s envoy to NATO, told the conference that Russia was not violating its commitment to bomb only terrorist groups designated by the United Nations. British Defense Minister Michael Fallon replied by flatly accusing Russia of deliberately targeting civilians and warned that Russia “risked becoming a pariah in the Middle East.” Many observers believe that Fallon had the better half of the argument.

What is behind Russia’s behavior? Officially, Russia says it is intervening in Syria to help defeat the terrorist threat from ISIL, but its target list suggests broader objectives. Few of its bombs have struck ISIL targets, while many have been aimed at various rebel forces in the western part of the country where Assad is trying to consolidate his position. Until recently, some observers thought the Assad regime was losing the war, but Russian intervention has changed the momentum on the battlefield and that balance of forces on the ground affects the negotiations tables. By preventing the Assad regime from being defeated, Russia retains a toehold for its influence in the region. Moreover, it has used its veto in the UN Security Council to prevent any international peacekeeping efforts. Putin is not particularly devoted to Assad. What Moscow is demonstrating is that any efforts to resolve the crisis must take Russia into account. What price will Russia charge to abandon Assad?

Given the burden of refugee flows on European unity, Russia may try to link cooperation in the Syrian crisis to relief from the sanctions that Europe imposed after Russia’s invasion of Ukraine in 2014. Last summer, German Chancellor Angela Merkel bravely said Germany could handle a million refugees, but now the political backlash in Germany (and elsewhere) is growing, and the European Union is facing a threat to its Schengen zone of free movement of peoples. Will the road to Damascus eventually lead to Ukraine?

Joseph Nye is a professor at Harvard and author of Is the American Century Over?