The Scottish Referendum: Who Won, Who Lost 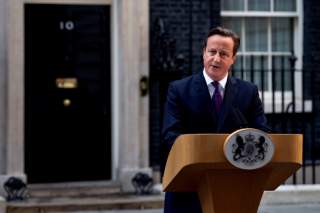 In the end, the vote in Scotland wasn’t particularly close. With 97 percent of the eligible population registered to vote, and an 85 percent turnout, Scotland rejected independence by a decisive margin of just over 2 million votes against (and 1.6 million for).

The independence campaign put a serious scare into the supporters of the Union, but they started behind. As it turned out, that was also where they finished.

Of the thirty-two Scottish council areas, only four voted for independence, though the margin in many councils was narrow. Analysts will spend years poring over the results, but they do not match up well with how Scots voted in the European elections in May: Three of the four councils that voted for independence supported Labour, which campaigned for the Union. The strongest correlation, reports one analyst for the BBC, was between voting “yes” and higher levels of unemployment.

Independence supporters are already complaining that Scots were bribed into voting for the Union. There’s just enough truth in the charge for it to sting, at least a little bit. The Union was saved in part by promising the transfer of even more powers to the Scottish Parliament, a pledge that the major parties have now guaranteed to carry out forthwith.

But the more powers that go north, the more acute the fundamental inequity in the British political system will become: Scottish MPs can vote on English laws, but English MPs cannot vote on Scottish ones. That’s why, in his remarks after the referendum, Prime Minister David Cameron said that the people of England, Wales and Northern Ireland must also have more power over their own affairs. In an overcentralized nation like the UK, this is good and important stuff if you want to improve governance and democratic control. But it also presents new challenges to the Union on the political horizon.

Though the backers of independence will never accept it, the charge of bribery applies more truly to them. As the correlation between unemployment and independence implies, behind all the Braveheart body paint was the belief that Scotland would be able to have a bigger welfare state if it left the UK. The folly of this belief is difficult to exaggerate. Since no one believed that Scotland would set up its own currency, it would have had to use either the pound (an option rejected by all the British political parties) or the Euro (an option rejected by the Scottish Nationalists).

In any case, Scotland would have adopted a currency that it did not control. It would therefore have had to ensure that its borrowing was carefully limited and that its domestic costs of production did not price it out of world markets. If it didn’t, it would have suffered the fate of Greece, which failed to do either of these things and—unable to depreciate its currency—has plunged into a deep recession as a result.

The fact is that, to get a bloated welfare state in Scotland, one would have had to have been vehemently pro-Union. And that, of course, was precisely why a lot of English Tories were sotto voce half-hoping that Scotland would vote for independence; it would have relieved them of both Scottish MPs and Scotland’s socialism.

On the economic front, the Nationalists’ argument was based entirely on a refusal to put a price on their promises and extremely optimistic projections about the future of North Sea oil. The idea that a small country would enjoy a prosperous and stable future by relying so heavily on the export of a single, exhaustible commodity with a price that is determined by world markets and fluctuates wildly does not bear scrutiny. But ultimately, the Nationalist argument was not about making economic sense.

In the Wall Street Journal, Andrew Apostolou pointed out that the Nationalists have a long track record of hostility to NATO, the nuclear deterrent, Israel and the Kosovo War: in short, their socialism is a reflection of their anti-Western tilt and a determined love of feeling persecuted and playing the underdog. Actor Alan Cumming unintentionally summed up that latter sentiment in the New York Times when he argued that London would not allow—“for no reason other than spite”—an independent Scotland to use the pound. How ridiculous, how spiteful of the rest of the United Kingdom to state that if you don’t want to be part of the Union, you can’t use the Union’s currency and have, in case of trouble, the implicit backing of the Bank of England and the Union that goes along with it!

It seems churlish to speak of winners and losers today, but, after all, the point of voting is to pick winners. The most important winner, of course, is the Union itself. Scotland, too, is a winner. Apart from the fact that it would have been worse off outside the Union, it has demonstrated that it’s possible—as it has been for centuries—to be both Scottish and British.

Both the major British parties are winners: Labour, because losing Scotland would have cost it MPs at Westminster, and the Tories, because as the preeminent party of Britishness, it has nothing to gain in the long run from the decay of that identity. And the United States is a winner, too: the U.S. political class is often wrong, but it got this one right by strongly and sensibly supporting the preservation of the Union.

And there is one final winner: Cameron. There has been a lot of carping—much of it justified—at the way the campaign for the Union was run, just as there was a good deal of complaining about how the 2011 campaign in a referendum on adopting proportional representation was handled. But politicians are paid to get results. And both times, Cameron’s results were good.

Whether he was lucky to be campaigning for the status quo, skillful or merely rescued by the good sense of the people is hard to say. But if Cameron had presided over both the end of the traditional British electoral system and the Union, he would have been judged a failure by his party—and by history.

Ted R. Bromund is a Senior Research Fellow in Anglo-American Relations at The Davis Institute for National Security and Foreign Policy, The Heritage Foundation.