The Senate is Hurting Diplomacy 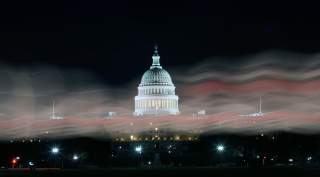 Since Donald Trump was elected president, critical senators have complained that he is curtailing U.S. leadership in the world. In reality, the Senate has been one of the most formidable obstacles to stronger diplomacy by leaving important and highly qualified ambassador nominees unconfirmed. Examples include crucial posts in Asia and Europe.

Senator Ben Cardin, the top Democrat on the Foreign Relations Committee said, “President Trump has been unwilling to engage in the delicate diplomacy and tough national-security decisions that are required to keep this country safe and maintain our global leadership.”

Republican John McCain and Democrat Jeanne Shaheen complained to Secretary of State Rex Tillerson about a limited hiring freeze and senior-level vacancies, writing that, “These factors lead us to conclude that America’s diplomatic power is being weakened internally as complex, global crises are growing externally.”

The actual Trump record shows diplomacy at work. Tillerson has rallied the world against North Korea’s nuclear breakout. Trump’s son-in-law and senior advisor, Jared Kushner, has restored our alliances with Arab governments and is quietly changing decades-old failed policy and received wisdom regarding the Israeli-Palestinian dispute. And the whole administration is working quietly to box in China.

But if the disgruntled senators want to augment diplomacy, then they could do their job and hold up-or-down floor votes on fully qualified diplomats whose nominations have lingered for months.

Take for example Ric Grenell, whom President Trump nominated last September to be ambassador to Germany. The formal nomination followed months of internal vetting. Grenell won a majority vote of support from the Foreign Relations Committee in October, but he has yet to receive a final vote on the floor of the Senate.

Grenell is connected to Trump and other senior White House officials, having been one of few foreign-policy experts linked to the Trump campaign. He was previously a senior diplomat in New York, serving at the U.S. mission to the United Nations during all of the titanic struggles of the 2000s after 9/11, including fights over Iraq, Iran and North Korea.

Surely America could use an ambassador with White House connections in Berlin. German chancellor Angela Merkel is likely to have one last premiership—this time with left-wing social democrats as part of her coalition—and needs to feel U.S. pressure and reassurance on key issues like NATO funding, immigrant assimilation and dealing with Iran. Grenell has the tough pragmatism for the job. (As a would-be senior-ranking gay Republican, he’s also a symbol of Trump’s modernization of the party.)

Another example is K. T. McFarland, whom Trump nominated in June to be ambassador to Singapore. McFarland had her Senate hearing last July, and, after intense scrutiny, won the Foreign Relations Committee’s support in September. Like Grenell, her nomination has not yet been afforded an up-or-down vote by the full Senate.

Singapore is a stable and prosperous nation, but it sits at the crossroads of a region of great risk and opportunity for the United States. Islamists are making political inroads in nearby Indonesia, Malaysia, Brunei and in the southern Philippines. China wants to dominate the region. As the world’s most important entrepôt, Singapore will be crucial to U.S. and allied efforts to shift regional trade and finance away from China and toward a broader construct Trump has branded as the “Indo-Pacific region.” Having an ambassador with a direct relationship with the president is important to conducting real diplomacy since it gives her words and actions greater weight.

McFarland has served several administrations on the National Security Council and was also an official at the Reagan Pentagon—important given extensive U.S.-Singapore military cooperation. Singapore is the only diplomatic post in Southeast Asia that almost always has a politically appointed ambassador. Given her connection with Trump and other senior administration officials, she can help set the tone for U.S. diplomacy not only in Singapore, but for the broader region.

Both Grenell and McFarland also have a skill that is rare but crucial for real diplomacy: an instinctive grasp of the media and how to wield information as part of statecraft. Grenell has decades of experience as a political and diplomatic communicator, and McFarland has been the chief explainer of foreign developments at America’s most-watched cable news channel. She was also a media aide to Defense Secretary Caspar Weinberger during some of the big fights of the Reagan administration, including over missile defense and confronting Soviet aggression.

This is fundamentally important in an era when economic factors and information are as important as military posture to statecraft. China, Russia and Iran are experts at political, cultural and information warfare. Shouldn’t our leading diplomats in Europe and the Indo-Pacific also be skilled at these black arts?

The Senate should act. Some Democrats in the self-style “resistance” vote against virtually all of Trump’s nominees, regardless of merit. And while the minority party can no longer filibuster nominees, they can, under the current interpretation of rules, make Senate Majority Leader Mitch McConnell chew up thirty hours of floor time on each vote—a toll he has been hesitant to pay for nominees other than judges.

But enough is enough. One year into the Trump administration and key instruments of diplomacy, like these ambassadorships, still need to be addressed. Senate inaction is even deterring the White House from sending up more ambassador nominees, including for important posts like Australia and South Korea—both critical allies against threats from China and North Korea. Senate Republicans should either allocate the floor time for up-or-down votes on Grenell, McFarland and other lingering nominees, or, better yet, cut allowable debate time for ambassadors down to a more reasonable two hours. Put simply, if the Senate really wants the administration to engage in diplomacy, then it should try harder itself to engage in majority-rules democracy.

Christian Whiton was a State Department senior advisor in the Donald Trump and George W. Bush administrations. He is a senior fellow at the Center for the National Interest and the author of “Smart Power: Between Diplomacy and War.”