The Senate's Dereliction of Duty on NATO Expansion 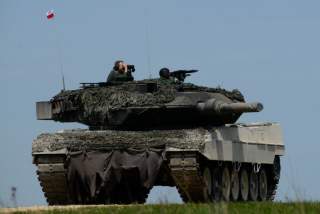 Today, however, it is clear that these reassurances used to justify the expansion of NATO as a low-cost, low-risk venture for the United States may no longer be valid. Russia has not collapsed as a great power, become integrated into the Euro-Atlantic security architecture, or fatalistically accepted NATO enlargement as a reality it must learn to live with. In addition, Moscow has become more willing to use force, if necessary, to achieve its interests, including revising post–Cold War territorial settlements and acting on behalf of groups it claims to have an interest in—starting with the conflict with Georgia in 2008. At the same time, while the alliance has grown in terms of new members and more territory, the U.S. has seen its share of spending on NATO rise from a little over 50 percent of the total bill at the time of the Soviet collapse to 72 percent in 2016. The economic and migration crises in Europe have revealed strong wellsprings of illiberalism lurking below the surface of a number of NATO members, but especially in the alliance’s east—notably in Poland and Hungary. Turkey, one of the largest pillars of the alliance, nearly underwent a military coup and is now witnessing a consolidation of power along lines that seem oddly Putinist in nature.

Enlargement was supposed to produce an alliance that would serve as a coequal partner with the United States in providing security to other parts of the world; now, Europe in 2016 is increasingly a security consumer demanding a greater share of scarcer U.S. defense resources. And the United States public is becoming more aware that the expansion they were told not to worry about a decade ago now carries a risk of a direct clash, even an accidental one, with a resurging Russia that still retains a formidable nuclear arsenal.

To put it plainly, the United States issued a series of blank checks it never really assumed would be cashed. Now, Washington must carefully consider the fine print. The United States does not want to suffer further blows to its credibility by suggesting that Article 5 guarantees to existing members are advisory and thus without value. At the same time, it is struggling to separate what might be termed annoyances from those which fall under the rubric of an “armed attack” which requires a U.S. response. Finally, are there domestic or foreign actions a NATO member-state can take that would nullify the obligations of other allies to honor the NATO commitments? These are the questions which a new administration will be forced to wrestle with—and at much higher cost and with greater risk—because the hard questions weren’t asked by the Senate when it had the chance.

Nikolas Gvosdev is a contributing editor at The National Interest. The views expressed here are his own.

Image: “Polish soldiers, assigned to the 34th Armor Cavalry Brigade, conduct a Vehicle Identification exercise on their Polish Leopard tank, as part of the Strong Europe Tank Challenge (SETC), at the 7th Army Joint Multinational Training Command’s Grafenwoehr Training Area, Grafenwoehr, Germany, May 10, 2016. The SETC is co-hosted by U.S. Army Europe and the German Bundeswehr, May 10-13, 2016. The competition is designed to foster military partnership while promoting NATO interoperability. Seven platoons from six NATO nations are competing in SETC - the first multinational tank challenge at Grafenwoehr in 25 years. For more photos, videos and stories from the Strong Europe Tank Challenge, go to http://www.eur.army.mil/tankchallenge/ (U.S. Army photo by Pfc. Emily Houdershieldt.)”