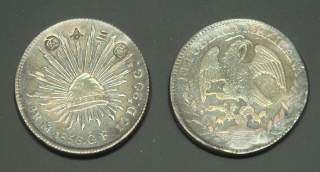 Hong Kong was a British colony from its founding in 1841 until its handover to China in 1997. But the Hong Kong dollar isn't derived from the British pound. It doesn't even come from the U.S. dollar. In fact, the Hong Kong dollar and the U.S. dollar are both derived from the same source: the Mexican or “Spanish” dollar. So were the yuan, the yen and most of the currencies of Latin America.

This gem of forgotten history is one of many treasures unearthed by Peter Gordon and Juan José Morales in The Silver Way: China, Spanish America and the Birth of Globalization. There was a globalization before globalization, and America played a key role in making it happen. Spanish America, that is. Long before the dollar was painted Washington, DC emerald green, it was polished Mexican silver.

The Mexican or “Spanish” dollar was in wide use from the 1500s until the middle of the nineteenth century. If not the first global currency, the Mexican dollar was at least the first Pacific currency. Divided into pieces of eight, it is the currency of pirate legends and songs. It was minted in Mexico starting in 1536 from silver mined in Central Europe, in northwestern Mexico, but most of all in the “silver mountain” of Potosí in today's Bolivia.

For four hundreds of years the Mexican dollar was, if not quite “the world’s first global currency,” then at least the key lubricant that greased the wheels of the world's trade. Most world histories are written from an Anglo-American perspective, as if the Americas suddenly sprang onto the stage in 1776 and China in the 1840s. In reality, as Gordon and Morales write, Latin America and East Asia were already important parts of the global economy in the 1600s.

Even if there is some truth to the claim that Britannia ruled the waves, the Mexican dollar ruled the ports—on both sides of the Pacific. The British couldn't even get their own colonists to use the pound. Hong Kong, Singapore, Australia and Canada (to say nothing of the United States and Latin America) all used the Mexican dollar. And after the Mexican dollar finally slipped from the scene in the nineteenth century, it was the U.S. dollar that replaced it, not the pound.

But the key to it all, then and now, was China. For the hundred years from 1540–1640 China was the vast sink into which the world's silver drained. The newly globalizing world—Europeans, but also Ottomans, Indians and especially Americans—all wanted what China had to offer, porcelains and silks most of all. But Chinese merchants wanted only one thing from the rest of the world: money. And in sixteenth century China, money meant silver.

The first generation of European voyages of discovery, the voyages of explorers like Christopher Columbus (1492) and Vasco da Gama (1497–99), were targeted at India. The Ottomans had taken Constantinople in 1453, severing the Italian monopolies on trade to the east, and as a result Italian capital was looking for a new route to replace the overland spice caravans. Pepper was the gold dust of the day.

But by the early 1500s, Europeans started to realize that there was big money to be made even farther east, and so began the scramble to get to China. Portugal was allowed to establish a permanent trading settlement in Macau at the mouth of the Pearl River Delta in 1557. Spain wanted a piece of the action, but the 1529 Treaty of Zaragoza effectively put all of Afro-Eurasia in what might be called Portugal's exclusive economic zone.

The closest Spain could legally get to trade with Asia was to colonize the eastern tip of New Guinea. So when King Philip II of Spain (for whom the Philippines are named) ordered a Pacific expedition in 1559, the navigator, Andrés de Urdaneta, assumed that New Guinea would be the destination. When the fleet finally set sail in 1564 and opened their sealed orders, Urdaneta was surprised to find that his destination was the Philippines.

But the key to la ruta de la plata—the “Silver Way” of the book's title—wasn't getting to the Philippines. Gordon and Morales explain in the book that in the age of sail it was easy to get from Latin America to East Asia. As the adventurer Thor Heyerdahl demonstrated in the famous 1947 voyage of the Kon Tiki, any piece of flotsam set adrift off the west coast America will eventually drift to Asia. The challenge is getting back.

In The Silver Way, Gordon and Morales tell the story of the forgotten friar Andrés de Urdaneta and how he cracked the return voyage. Departing Manila in the tropical seas of the Western Pacific, he dared to sail north to the subarctic, where he picked up the high-latitude westerlies that blew him across to America. There the coastal currents carried him south to California and ultimately to Mexico's great Pacific port of Acapulco.

Acapulco became the home port or the famed Manila Galleon, what Gordon and Morales call “the world's first transoceanic shipping line.” The Manila Galleon ran once or twice a year from 1565 to 1815 for a total of four hundred sailings over 250 years—including fifty-nine shipwrecks. Conditions were tough, especially on the long, subarctic return trip. Still, despite the “maggots swimming in the broth” there was apparently plenty of chocolate to go around.

With the Manila Galleon trade financing a commercial renaissance on both sides of the Pacific, incredible fortunes were made that early on financed Habsburg Spain's continual wars in Europe. It might not be too much to say that the Manila Galleon financed the Spanish Armada. Meanwhile, the Philippines because a colony of Mexico. Spanish America was so rich that even the colonies had colonies.

The cross and the sword

The sixteenth-century expansion of global trade has been called the “first globalization,” and The Silver Way presents ample evidence that it fully deserves the name. For the first time in history, prices equalized across the markets of Europe, East Asia and the Americas. Wars in Europe were financed with profits from regional trade in Asia. Europeans settled in the trading hubs of Asia and tens of thousands of Chinese migrated across the Pacific to Mexico. In 1635 the barbers' guild of Mexico City complained about “unfair competition” and appealed to the authorities to relegate Chinese barbers to the suburbs.

But Gordon and Morales are perhaps too sanguine about the sanguinary aspects of Spain's Pacific empire. They pass over the “infamous 1603 massacre” of Chinese in Manila in one sentence with an acknowledgement that “many thousands” were killed; widely accepted estimates suggest more than twenty thousand deaths, nearly the entire Chinese population of the city. They then waive this off by noting that “the lure of trade was irresistible, and the numbers of Chinese residents nevertheless soon rebounded.” They fail to mention the second massacre in 1639, when a further twenty thousand Chinese settlers were murdered. Both of these were official actions, not uncontrolled mob violence.

In this light-hearted book about trade, they also give Spanish missionary work an easy ride. They draw parallels between the sixteenth century spread of Catholicism and the twenty-first century spread of democracy, lauding Spanish priests for being “among the most vociferous opponents of forced labor in colonial mines and agricultural estates.” This in a country where most of the land was divvied up by religious orders as natives were forced to pay heavy taxes to support the imposition of a foreign church. The idea peddled by Gordon and Morales in their final chapters that the first globalization was somehow more consensual than today's is simply not credible.

Nor is the belabored analogy with which they open the book, in which they liken the Spanish-Portuguese commercial rivalry in the Pacific to the Cold War space race of 1957–69. The first globalization is fascinating enough on its own. Likening Spain and Portugal to the United States and USSR, Muslim Spain to Nazi Germany, the 1488 rounding of the Cape of Good Hope to the launch of Sputnik, and the first return voyage across the Pacific to the first landing on the Moon is a stretch, to say the least. A book this short (one hundred pages of large print) should not be so self-indulgent.

Nit-picking criticisms aside, The Silver Way is a rollickingly fun read. Fans of forgotten history will rejoice to see the story of the Manila Galleon trade told in such an accessible format. Monetary historians and globalization experts have long been fascinated by the topic, and hard-to-find academic articles on the subject circulate among specialists as a kind of crypto-currency of the intellectual illuminati. Now everyone can enjoy the tale. Popular history at its best.