The Smartphone Wars are Coming 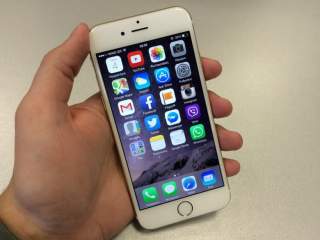 We are living today in the midst of the greatest democratization of information since the invention of the printing press. Smartphones transform any person into a citizen reporter, the leader of a digitally-enabled smart mob, or the spark of a new viral movement. Information technology connects people and empowers. This technology (literally) in the hands of everyday people is changing the operating environment in profound ways for U.S. military forces, creating a world of radical transparency, connectivity, and atomization of conflict.

Ubiquitous smartphones have ushered in an age of radical transparency, and many governments are not ready for it. The ability of any individual to record and spread in real-time information about abuses by authorities has upended relationships between citizens and traditional authorities around the globe. In the United States, police departments have struggled to adapt to an era where abuses – real or perceived – can be recorded by bystanders and broadcast globally. Abuses that previously might have existed in the shadows have been dragged into the open. Incidents that previously would have been isolated, with only immediate bystanders aware of what actually occurred, can now be replayed over and over on social and traditional media. Pictures and video bring an objective record of events, or at least the appearance of one, as well as a visceral emotional quality that resonates with viewers. Debates over whether this new reality is changing police behavior and what that means overshadow a deeper point: Information technology has fundamentally altered public transparency over police behavior.

The same dynamic will exist in military operations. While there have been incidents in recent conflicts, such as Koran burning or urinating on corpses, that have had wider ramifications, the day-to-day interactions between U.S. troops on the ground and host nation populations have been relatively localized to that home or village. A world where every action and inaction of Soldiers and Marines on the ground is recorded and spread via social media is a radically different social environment. A misstep that previously might have inflamed a village now could inflame a country. One negative interaction can easily overshadow tens of thousands of positive interactions; a perceived slight or disrespect toward one person can become a symbol of perceived U.S. attitudes toward an entire population. In a world where information spreads virally and organically over social media, the U.S. military could find itself caught flat-footed by one mistake by a private on the ground that changes a population’s attitude overnight toward the U.S. military’s presence.

Radical transparency will also force the U.S. military to rethink operational security practices for forces operating among populations. The standard practice of troops publicly displaying nametags and unit patches on military operations poses a significant force protection risk in a world where so much personal information is available online. As hacktivists have “doxxed” police and security officials (including the CIA director) by publicly releasing personal information, such as their home address, phone number, and names of family members, U.S. troops similarly could be at risk. Special operations forces have long operated under the assumption that personal identifying information is a hazard, exposing them to potential reprisals from terrorists, a common-sense force protection measure that conventional forces should adopt.

Smartphones in the hands of everyday citizens not only empower people to share information, but also to take action. People can easily organize in ad hoc social movements and networks in ways that would have been far more difficult in a pre-digital era. Smartphones and social media have been key catalysts in empowering citizens in protest movements in the Arab Spring, various “color revolutions” around the globe, and protests in the United Kingdom and the United States.

In some cases, technology can give protestors an information advantage even over governments. In 2011, London rioters used decentralized communication over BlackBerry messenger networks to share information about police barricades, allowing them to circumvent police checkpoints and loot unprotected areas. Communication and coordination among rioters was entirely decentralized and organic, giving them more accurate real-time information about changing events on the ground than the police. Police were further challenged in that there was no central communications node to shut down without taking down the entire London BlackBerry network.

Similarly, ad hoc networks of likeminded individuals could swarm military forces, disrupting their movements via digitally-empowered “smart mobs” on landing zones or roads. Unarmed mobs could incite military forces to respond, all the while filming their actions for broadcast. Militaries will be hard pressed to hide their movements in a world of radical transparency, and greater connectivity will enable enemies to rapidly organize to attack U.S. forces.

The Atomization of Conflict:

Counterintuitively, the connective power of information technology is also enabling a greater decentralization of conflict, causing non-state networks to devolve into even more diffuse movements. The same information technology tools that are used for crowd-sourcing and kickstarting projects are being used in conflicts around the globe for sharing tactics, financing, and ideology. Syrian rebels have uploaded scores of videos of attacks online, both as propaganda and as a template for other attackers. The Boston Marathon bombers allegedly learned how to make bombs from the al Qaeda online magazine Inspire. The Ukrainian government has crowd-sourced funding for do-it-yourself drones. Globally, the Islamic State operates even more decentralized than al Qaeda, less a network than a movement that is intended to inspire lone wolf attackers in countries around the globe. These events may point to a trend in the atomization of conflict. As Western governments have become more effective in disrupting terrorist networks, decentralized movements may be on the rise. Israel has seen a recent spike in what appear to be lone wolf attacks on Israeli soldiers and citizens, perhaps inspired in part by media attention of like-minded attacks but not centrally organized.

The Democratization of War:

These technologies significantly empower non-state groups and individuals, arming them with communication tools that were once the province of nation-states. Governments also have access to information technologies and are using them to significant effect. States can deploy surveillance tools to harness the vast amounts of data created from digital communications as well as location data from GPS devices. The scale of digital data has inverted the surveillance problem, however. Rather than suffer from a lack of information, governments must sift through a deluge of data to find the relevant information about specific threats. The Boston police department, for example, is still sifting through Twitter messages sent immediately after the Boston marathon bombings to see if there is information that could have been used to help find the bombers earlier.

Governments also can leverage information technology and social media for propaganda purposes. Russia has reportedly deployed Twitter bots to swamp social media with pro-Russian propaganda. Effectively winning the war of the narrative on social media is about more than racking up bot retweets, however, and non-state groups have many advantages. U.S. military forces will be hard-pressed to fully track the flood of information on social media, much less effectively digest it and deploy effective counter-messaging. This task will be even harder in foreign countries where U.S. forces have to navigate not only unique hardware and software infrastructure, but also foreign languages, cultures, social networks, and informal power structures. Automated data processing tools may help somewhat, but are not nearly sophisticated enough to be able to parse human language, especially internet shorthand and slang, for meaning to understand message content.

Information technology tools in the hands of everyday citizens around the globe will transform the operating environment for U.S. forces in significant ways, ushering in an era of radical transparency, connectivity, and atomization of conflict. In general, these technologies increase state capabilities only marginally, while the connectivity afforded by social media increases the capabilities of non-state groups significantly. In terms of relative power, non-state groups and individuals gain more from the widespread availability of information technology. While some new technologies can help U.S. forces monitor and respond to social media trends, the most effective tools for adapting to this changed landscape will be adjusted training, doctrine, and policies to cope with a new reality on the ground.

Paul Scharre (@paul_scharre) is a senior fellow and Director of the 20YY Future of Warfare Initiative at the Center for a New American Security. He is a former infantryman in the 75th Ranger Regiment with multiple tours to Iraq and Afghanistan. This article is adapted from CNAS’ forthcoming report, Uncertain Ground: Emerging Challenges in Land Warfare.