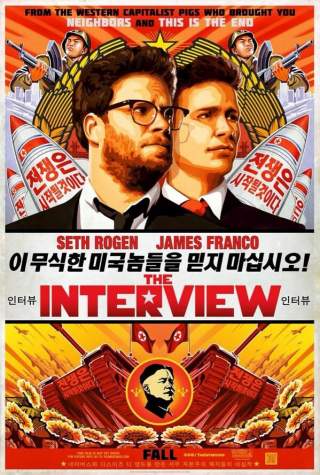 Americans have seen the future, and they don't much like it.  The Sony hack reminds us that everything online is vulnerable. Worse, malicious digital acts can be a bridge to the real world with threats of blackmail, extortion and physical violence. We are not safe in our own cyber homes.

That's not the holiday message Americans wanted to hear. Most are angry and want to strike back.

The FBI has fingered North Korea as Sony’s cyber bully. Yet some experts still question Pyongyang’s involvement and argue against any U.S. response. Further paralyzing a response is a widespread misperception that North Korea is already the most heavily sanctioned country in the world and, consequently, nothing more can be done.

For example, Katherine Moon, a senior fellow at the Brookings Institution, suggests that, since there "already exists a broad array" of sanctions against Pyongyang, "[t]he most proportionate response that Americans make right now is as consumers—to see the film [The Interview] when it becomes available so that we can support our right to freedom of expression.”

In fact, there is much more that could be done. Over a year ago, my Heritage Foundation colleague Bruce Klingner argued that the pressure being put on North Korea by the White House was tepid and ineffective.  He offered a long list of additional measures that could be taken.

Somewhat incongruously, Moon went on to suggest that, while flocking to see the film in support of freedom of expression, consumers should “also demand that film studios do a public service by reducing gratuitous violence in movies." Admittedly, The Interview is reportedly full of gratuitous violence. But wouldn’t protesting against violence in films impinge on filmmakers’ free speech? It seems in line with CNN's Fareed Zakaria’s blame-the-victim criticism of Sony Pictures for daring to make a film in "bad taste."

Sony has every right to make another nonsensical, tasteless Seth Rogen movie. We have every right not to watch it. And people who commit real crimes—like hacking and blackmail—ought to be punished. That shouldn’t be so hard to figure out, yet the inability to distinguish between right and wrong has been a hallmark of this debate.

Which is why the Sony SNAFU should bring to mind another heated debate: the furor over Edward Snowden stealing and exposing government secrets. In both cases, the perpetrators stole information and did something illegal with it.

Of course, many of the same people (including probably over half of Hollywood) who are apoplectic over the violation of Sony's intellectual property thought Snowden was a hero on the scale of Robin Hood.

The rules should be applied the same for both Snowden and Sony—the wrong means don't justify any ends.

Both Sony and Snowden offer lessons on the importance of ordered liberty and the need for a free society to balance security needs with the protection of individual liberty.

The Constitution is built on this idea of "ordered liberty,” which seeks to maximize both security and freedom at the same time. The art of governance, then, is to establish rules that let the good guys get the bad guys without infringing on the freedom of the people. The Constitution doesn't give us a rule book to do that. Instead, it sets up security and freedom to fight it out with each other, constantly, like two indefatigable pit bulls. The struggle is intentional, so neither side wins out, but neither gets severely compromised. Freedom and security tear at each other until we get answers that reasonably address both.

This eternal struggle between virtues is played out in the laws that the society agrees upon.

The rule of law is a legal maxim that holds governmental decisions be made by applying just legal principles equally to all Americans in a fair and impartial manner. No one is privileged under the law, nor is anyone singled out for oppression or exploitation.

This system works great as long as the law is respected and justly enforced.

Snowden trashed the rule of law, and many wrongly cheered him on. Snowden defended his actions by insisting that he was exposing wrongdoing and there was no other way to get the truth out. Both claims have proved demonstrably false. For example, Congress recently released reports on two very disturbing and controversial government activities: U.S. terrorist detention and interrogation operations after 9/11 and the intelligence community’s role in the failed response to the attack on the U.S. mission in Benghazi. Both reports are themselves the subject of some debate, but they demonstrate that the system can look into even the most classified and controversial issues within the construct of the rule of law. Snowden missed the bar of when it is acceptable to take the law into your own hands by a wide mark.

Likewise, ordered liberty and the rule of law ought to serve just fine as guides to lead America through the Sony situation.

First, it’s a free market. Everybody—Sony executives, its stockholders, the film distributors and consumers—can do what they darn well please under the law.

Second, the law ought to be enforced. Americans are entitled to protection under the law--whether our laws are violated by a street thug or another country. It’s shameful that any company ought to fear the U.S. government can't protect them from indiscriminate, vague threats.

Third, while many actors—from the White House to Sony and beyond—have come off looking badly in this sordid episode, it doesn't mean the rules need to be dramatically changed.  This is not a case for "never let a crisis" go to waste.  We don't need new laws giving government more control over the Internet, any more than we would accede to laws giving it more authority over our liberty in physical space after a terrible act of violence.

But we should expect our government to do its job.  The president was right to call for a "proportional" response to North Korea.  It would have been far better if he had dealt more strongly with North Korea before this. Likewise, it would have been better if the White House had dealt seriously with Russia harboring Snowden before the invasion of the Ukraine. But what’s past is past.  What matters now is how the administration responds.  And Bruce Klingner has a long menu of options from which it should choose.