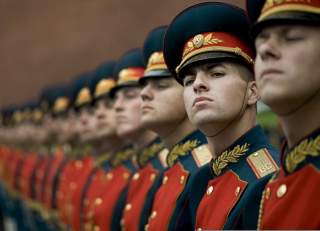 In February 1946, George Kennan sent back from Moscow the “Long Telegram,” an analysis of the sources of Soviet foreign policy, which came to serve as the intellectual foundation of the containment policy the United States pursued during the Cold War. The telegram landed in the midst of a reassessment of American Soviet policy as the hopes born of the grand alliance against Hitler’s Germany that the allies would continue to cooperate in peacetime crashed against the harsh reality of Soviet suspicion and hostility. As John Gaddis notes in his biography of Kennan, his telegram did not bring about a shift in U.S. policy but it crystallized the thinking of senior administration officials. “It was,” Gaddis writes, “the geopolitical equivalent of a medical X-ray, penetrating beneath alarming symptoms to yield at first clarity, then comprehension, and finally by implication a course of treatment.”

Today, we need a similar analysis, for we find ourselves at a similar juncture. Two years ago, Russia’s annexation of Crimea and destabilization of eastern Ukraine irreversibly dashed all the assumptions that had guided America’s Russia policy since the demise of the Soviet Union a generation ago. No longer is it possible to maintain that Russia is being integrated, albeit slowly and fitfully, into the West and, for that reason, is a suitable partner for addressing global issues. Moreover, Russia itself is no longer interested in integration, if it ever was. Rather, it presents itself as a unique construct, intent on challenging the U.S.-led world order across a broad front, including hard geopolitical matters like Ukraine, as well as the values that animate Western society. This does not mean that from time to time the United States and Russia will not cooperate on discrete issues, only that the cooperation will not be grounded in a sense of shared values and a common vision of a just global order. In these circumstances, there can be no talk of a “strategic alliance with Russian reform” (President Clinton’s phrase), “strategic partnership” (President George W. Bush’s) or “reset” (President Obama’s). The times call for a new relationship, without illusions about what Russia is and where it is headed.

Kennan’s feat cannot, however, be replicated today. We live in a different world, in which Russia plays a lesser role than the Soviet Union once did. U.S.-Russian relations will never define the international system as U.S.-Soviet relations did during the Cold War. Nor will Russia, unlike its Soviet predecessor, lie at the center of American foreign policy, providing the prism through which we view all other critical foreign-policy issues. The stakes are decidedly smaller, even if Russia, with its nuclear arsenal, remains the only country that could destroy the United States as a functioning society in thirty minutes. Nor can we simply apply Kennan’s prescription of containment to Russia today. However successful it might have been in the Cold War, it is inappropriate in a globalized, increasingly multipolar world. No longer is the challenge isolating and defeating an existential foe. Rather, it is creating a sustainable balance of power that advances American interests by promoting peace and security, and fostering collaboration among geopolitical rivals in addressing global transnational threats.

Russia is nevertheless a significant actor, as it resists the United States and seeks to rally other states to its cause. This challenge comes at a time when the U.S.-led world order is under mounting pressure from powerful geopolitical, technological and ideological developments around the world. The new character of U.S.-Russian relations that eventually emerges will say much about the new world order and our ability to master the challenges we face.

At the outset, we need to stress that what we are seeking to understand is the nature of the challenge posed by Russia, not by its current paramount leader, President Putin. This is a departure from much of the commentary in the United States, which focuses on, and demonizes, Putin as the driving force behind a Russian threat, as if he operates outside an historical and political context. He has, however, made much of repairing the historical bonds that he saw burst asunder by Yeltsin, even if we would take exception to his specific reading of history and the implications for Russia today. Like his predecessors since Peter the Great, who brought Russia into Europe as a great power, he is adamant that Russia—as a political and spiritual community—cannot survive other than as a great power. His authority is reinforced by an elite that, save for a small minority, shares this view, which also resonates with the broader population. Putin’s departure will not likely change the essence of the Russian challenge, no matter how different his successor’s style and tactics might be.

THE CHARACTER of the Russian state has been central in shaping Russian strategic thinking. Despite superficial similarities, that state, of which the Soviet Union was an extreme version, differs in essence from its Western counterparts. It has never been conceived as an emanation of society, instituted to protect the rights of citizens, temper the consequences of conflicts among them and advance the public weal. Rather, it emerged as an alien force invited to establish order over an unruly people. “Our land is great and rich, but there is no order in it. Come reign as princes, rule over us,” as the Primary Chronicle, written in the thirteenth century, describes the creation of the Russian state.

The new rulers were not kin of the local Slavic population, but Nordic Varangians, soldier-traders who moved through Slavic lands for commercial purposes. They came as proprietors, and were made princes as well. The public and the private spheres—carefully delineated in theory in the modern West—merged in Russia. The rulers ran their realms as private estates. There were no citizens with basic, inalienable rights, only subjects or servants more or less securely bound to the estate, or the state. Property rights were conditional, dependent on service to the sovereign, not protected by law. The Muscovite grand princes and their successors, the Russian czars, held theoretically absolute power and managed their realms solely for their own benefit. As an eminent historian of Russia, Richard Pipes, put it, “The state neither grew out of the society, nor was imposed on it from above. Rather it grew up side by side with society and bit by bit swallowed it.”

This all-encompassing state has been the central and decisive actor in Russian history. It gave structure to a vast, increasingly multiethnic, multiconfessional empire. Loyalty to the state in the person of the sovereign lay at the core of Russian identity. It is not an exaggeration to say that, at least in the minds of its rulers, without the state, there would be no Russia. Hence, the preservation and progress of the state has been their central mission throughout history. It is the restoration of the state after the profound crisis of the first post-Soviet decade that Russia’s current rulers count among their greatest achievements. That the rulers have identified themselves with the state, however convenient and however corrupt by our standards, does not change the essence of the matter.

This mission requires defending the state from enemies at home and abroad.

Internally, that entails firm control over the population, for when the people appear as an autonomous political force, it is always as an enemy of order, a destructive force, the “senseless and merciless” bunt (popular uprising) of Pushkin’s imagination. That was the lesson of the great peasant rebellions under Stepan Razin and Yemelyan Pugachev, in the seventeenth and eighteenth centuries respectively.

Globalization has only complicated this task, since it enables foreign powers to act directly on the people in opposition to the state. Extrapolating from their own experience, Russian rulers consider private-sector entities of foreign origin—be they corporations, media outlets, religious associations or civil-society organizations—to be instruments of rival states, not autonomous actors in their own right. The same holds true for Russian organizations that receive funding from abroad. During the past several years, Russian experts have elaborated a detailed concept of how the United States has used such entities to effect regime change in the former Soviet space (Ukraine, Georgia, Kyrgyzstan) and elsewhere to extend America’s geopolitical sway. The men in the Kremlin themselves are convinced that the United States’ ultimate goal is regime change in Russia. Under these circumstances, they firmly believe they have the right and obligation to severely restrict and closely monitor the activities of foreign and foreign-funded entities operating in Russia, and, at the extreme, to expel them or shut them down. They remain determined not to succumb to America’s form of hybrid warfare.

Externally, defending the Russian state on the largely featureless great European plain requires strategic depth. From the middle of the sixteenth century onward, Russia has relentlessly pushed its frontiers outward, annexing disorganized territory or seizing land from states in decline. Russia moved across the Urals and transversed sparsely populated Siberia to reach the Pacific Ocean in the mid-seventeenth century. By the end of the nineteenth, it was on the verge of annexing Manchuria against the resistance of Japan and the United States. From 1700 onward, Russia pushed westward into Central Europe, defeating Sweden and Poland, and southward toward the Black Sea and into the Caucasus against the waning Ottoman and Persian Empires. In the mid-nineteenth century, it conquered the weak states of Central Asia. In the process, it created the largest contiguous state, covering roughly one-sixth of the globe’s landmass.