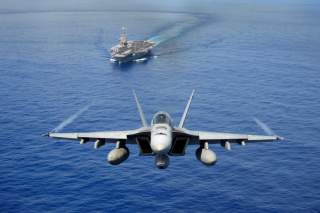 As China rapidly builds facts on the waters of the South China Sea, the United States is confronting a strategic conundrum similar to the Third Taiwan Strait Crisis, when Washington faced a difficult choice between upholding its treaty obligations to an ally (Taiwan) and ensuring freedom of navigation in international waters, on one hand, and maintaining stable ties with a rising power (China), on the other. In a recent conference organized by the Boston Global Forum, which focused on the South China (and where I had the pleasure to be among the invited speakers), Joseph Nye made two important observations regarding China’s ongoing construction activities in the South China Sea. First, he correctly pointed out that the construction activities are neither new nor unique to China. This is true as other claimant states—namely Taiwan, Malaysia, Vietnam, and the Philippines—have been engaged in varying forms of construction activities on disputed features in recent decades.

Occupying the two most prized features in the Spratlys, Taiwan and the Philippines were able to build airstrips and advanced facilities on Itu Aba and Thitu islands, respectively. As early as 1995, the United States had to contend with the Mischief Reef crisis, which pit a treaty ally (the Philippines) against an emboldened China, which wrested control of the disputed feature in 1994 and proceeded with establishing a rudimentary military garrison soon after. Secondly, Nye reiterated the fact that China, which occupies about seven features in the Spratlys, trails Vietnam (21) and the Philippines (8). And unlike Taiwan and the Philippines, China wasn’t able to occupy a single island throughout its aggressive scramble in the South China Sea in the last three decades of the 20th century. Left with atolls, rocks, sandbars and other forms of low-tide elevations, China has resorted to building artificial islands.

With these observations in mind, one would be tempted to argue that China is simply catching up with other claimant states. China’s accelerated construction activities, however, standout for at least three reasons. To begin with, China’s coastal real estate gambit is unprecedented in scale, speed, and technological sophistication. No other claimant state comes even close to what China is undertaking in the disputed areas, which is tantamount to nothing less than geo-engineering on steroids. Second, while other claimant states have occupied features that fall well within their 200-nautical-mile Exclusive Economic Zone (EEZ) as well as their continental shelves, China, in contrast, is trying to achieve de facto sovereignty over features, which fall hundreds of miles away from its southernmost province of Hainan. So far, China’s sweeping “nine-dashed-line” claims in the South China Sea, based on its vaguely-defined notion “historical rights,” has hardly convinced any serious legal scholar outside China. Lastly, China’s construction activities could pose direct threat to freedom of navigation and overflight across the South China Sea, threatening not only the territorial claims of other claimant states, but also the national interests of extra-regional powers such as Japan and the United States.

President Barack Obama has been blunt in his criticism of what many see as Chinese provocative behavior: “Where we get concerned with China is where it is not necessarily abiding by international norms and rules and is using its sheer size and muscle to force countries into subordinate positions.” The overarching challenge, however, is how to slow down, if not stop, China’s aggressive posturing without risking a diplomatic breakdown and/or an armed confrontation with China in the western Pacific. This could very well define Obama’s foreign policy legacy.

A question many analysts tend to overlook is why China is accelerating its construction activities. Most likely, Beijing is trying to preempt two major developments in 2016. The first one is the expected conclusion of the Philippines’ ongoing arbitration proceedings against China at The Hague. By early-2016, the Arbitral Tribunal is set to announce whether it will at all—and if yes, to what degree—exercise jurisdiction over the case, given China’s consistent claim that the South China Sea disputes are essentially sovereignty-related, and therefore exceed the mandate and competence of arbitration bodies under the aegis of the United Nations Convention on the Law of the Sea (UNCLOS). If the arbitration body decides that it can exercise jurisdiction, since the Philippines argues that the bone of contention is the validity of China’s “nine-dashed-line” claims and the nature of disputed features in the South China Sea, China will be vulnerable to similar maneuvers by other claimant countries, particularly Vietnam, which is closely watching the progression of the ongoing legal showdown between Manila and Beijing.

The second potentially seismic change will be the leadership transition in the United States, with the Obama administration expected to be replaced by a more hawkish leadership, either from the Democratic (Hillary Clinton) or Republican parties. During her tenure as the Secretary of State (2009-2012), Clinton managed to rattle her Chinese counterparts with her tough language and strategic resolve. No wonder then that not many in China were excited when she recently announced her bid for presidency.

Some important changes are also expected in Vietnam and the Philippines. In Vietnam, Prime Minister Nguyen Tan Dung’s faction, which is largely seen as predisposed to deeper strategic and economic engagement with the United States, is expected to consolidate its power-base after the 12th Communist Party of Vietnam (CPV) elections next year. In the Philippines, meanwhile, the 2016 presidential elections are expected to produce a more pragmatic leadership, most likely under current Vice President Jejomar Binay, who has consistently emphasized the importance of engagement and deeper trade and investment ties with China.

By all accounts, China seems to be interested in handing down a fait accompli to the tribunal at The Hague as well as the incoming leaderships in the United States, Vietnam, and the Philippines. By unilaterally creating facts on the waters, Beijing is shifting the burden to its neighbors and rivals if they wish to amend the status quo.

The (Half) Indispensable Nation

China is patently disregarding the 2002 Declaration on the Conduct of Parties in the South China Sea (2002), which discourages claimant states from engaging in provocative actions, and the UNCLOS, which precludes coastal states from artificially altering contested features beyond their EEZs, especially amid an ongoing arbitration. Large-scale construction activities are also posing significant risks to the ecological balance in the South China Sea. China’s neighbors are primarily alarmed, however, by the prospects of further militarization of the South China Sea disputes.

Previously a reef, the Fiery Cross, which has been expanded by eleven times its original size, is now bigger than all features in the Spratlys. The reef-turned-island is expected to serve as the commander-and-control headquarters for China’s operations in the South China Sea. Its soon-to-be-completed airstrip will be able to host surveillance aircrafts, jet fighters, and even large aircrafts. China is also expected to deploy radar and missile-defense systems to the area, with the Fiery Cross serving as a coordinating center for expanded and regularized naval, air, and paramilitary patrols. By all means, China is establishing the skeleton of an Air Defense Identification Zone (ADIZ), which will allow Beijing to dominate the skies over the South China Sea. Soon, China will be able to drive out other claimant states from features under their control by choking their supply lines and intimidating them with robust military presence.

The United States may no longer be the economic pivot of Asia. It was left isolated and embittered, when practically all of its allies and strategic partners decided to join the Chinese-led Asian Infrastructure Investment Bank (AIIB) in what looked like nothing less than a strategic coup de grace against American leadership in the region. In his recent op-ed for Washington Post, Larry Summers, former Treasury Secretary under President Clinton, was particularly dramatic in his reading of the whole AIIB debacle: “This past month may be remembered as the moment the United States lost its role as the underwriter of the global economic system."

When it comes to underwriting regional security, however, American power and commitment is as relevant as ever. The United States continues to serve as an anchor of stability across Sea Lines of Communications (SLOCs) such as the South China Sea. True, not all of China’s neighbors are equally concerned with the ongoing territorial disputes. But majority of China’s neighbors, from the Philippines, and Vietnam, to Malaysia, Indonesia, Singapore and Japan, are scrambling to find an appropriate response. Yet, no country in East Asia is willing to confront China on its own without clear and decisive American support. Many countries continue to look to the United States as a source of leadership and stability, despite having China as their leading trade and investment partner.

More than ever, treaty allies such as the Philippines are in desperate need of expanded joint military exercises with and advanced military hardware from the United States. To reassure its perturbed ally, the United States more than doubled the number of American troops, which participated in the latest Philippine-U.S. “Balikatan” (shoulder-to-shoulder) joint military exercises close to the disputed features the South China Sea. The United States has also asked the Association of Southeast Asian Nations (ASEAN) to organize joint peacekeeping patrols in the South China Sea. Interestingly, there are serious discussions on whether Japan can also pitch in, with the Maritime Self Defense Forces (MSDF) potentially participating in joint air patrols in the South China Sea, where the bulk of Japanese energy imports pass through.