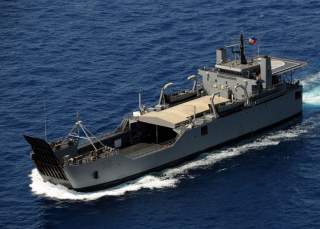 The Philippines’ lawfare strategy in the South China Sea disputes is inching closer to a moment of truth. In coming weeks, an arbitral tribunal, formed under the aegis of the United Nations Convention on the Law of the Sea (UNCLOS), is set to pass a final judgment on the ongoing maritime spats between China and the Philippines. For the first time, a team of impartial, top-caliber legal experts will officially weigh on the validity of China’s expansive claims and growing footprint across arguably the world’s most important waterway. What is at stake is preventing China from fulfilling a Seldenian Closed Sea (Mare clausum) in favor of preserving a Grotian Free Sea (Mare Liberum) at the heart of the Western Pacific.

Yet it is ultimately up to the Philippines’ incoming president, Rodrigo Duterte, to decide on what to do with a likely favorable arbitration outcome. And this introduces some element of uncertainty into the picture. Unlike his outgoing predecessor, Benigno Aquino, Duterte—a self-described “socialist” with historical ties to Philippine communists—doesn’t seem to be very keen on confronting China and has, quite legitimately, expressed doubts vis-à-vis Washington’s commitment to its Southeast Asian ally. (In fact, during the recently concluded Shangri-La Dialogue, which brought together the world’s leading defense ministers and experts, I asked Admiral Harry Harris, commander of United States Pacific Command, about the precise extent of American treaty obligations to the Philippines in an event of contingency in the South China Sea. I wasn’t able to receive an unequivocal answer beyond well-rehearsed semantics.)

Astonishingly, Duterte has even expressed reservations concerning the wisdom of ongoing efforts to bolster the Philippines’ minimum deterrence capability. “Fighter jets are good only for ceremonial flybys. I’m not in favor of building up external defense, I will not got to war with China,” Duterte recently told reporters. Though known as often mercurial, he was actually consistent with his earlier stance during the campaign trail, when he dismissed the purchase of much-needed jet fighters as a “waste of money.” For the incoming president, what matters is internal security operation, especially in light of the worrying resurgence of extremist groups, tied to Islamic State, in the southern island of Mindanao.

Duterte, meanwhile, has expressed growing interest in reviving long-frayed bilateral investment relations with China, even though this may come at the expense of a compromise on sovereignty disputes in the South China Sea. During his meeting with Chinese ambassador Zhao Jian, among the first dignitaries who met the president-elect shortly after the elections, Duterte and the Chinese envoy apparently went down to business right off the bat, discussing prospects for massive Chinese infrastructure investments in the Philippines. Obviously delighted by the cordial exchanges, with large-scale Chinese investments hanging in the balance, Duterte went so far as to praise Chinese President Xi Jinping as a “great” leader.

Duterte has also expressed doubts as to the utility of the Philippines’ arbitration case against China, which has boycotted the proceedings and questioned the jurisdiction of the arbitral tribunal to oversee the South China Sea disputes. Encouraged by convivial exchanges with the incoming Philippine leadership, China recently reiterated its call on the Philippines to entirely drop the arbitration case as a sign of goodwill. After all, the verdict is expected to be released a week after Duterte officially assumes power, so technically the case could still be dropped. And as Columbia University professor Matthew C. Waxman succinctly explains, much is also at stake for the whole international law regime, which may explain the curious timing of the expected release of the arbitration judgment.

The Trial of the Century

“For the UNCLOS system—as a body of rules and binding dispute settlement mechanisms—prominence and credibility are at stake,” Waxman explains. The arbitration body faces the risk of “being ignored, derided and marginalized by the biggest player in the region.”

Last October, the arbitral tribunal (formed under Article 287, Annex VII of UNCLOS) decided that it would indeed exercise jurisdiction on almost half of the items in the Philippines’ memorial (official complaint), with the remaining items subject to simultaneous examination in terms of both jurisdiction and merit. In a ten-page summary, the judges argued that the Philippine-initiated arbitration case “was properly constituted” and that the “act of initiating this arbitration did not constitute an abuse of process [as asserted by China].”

The judges reiterated that “China’s non-appearance in these proceedings does not deprive the Tribunal of jurisdiction,” and “international law does not require a State to continue negotiations when it concludes that the possibility of a negotiated solution has been exhausted.” The Tribunal, which has no mandate to decide on questions of sovereignty, decided that it can nonetheless exercise jurisdiction on determination of the nature of disputed features (see Art. 121 on “regime of islands”), particularly the Mischief, Gaven, McKennan, Hughes, Johnson, Cuarteron and Fiery Cross Reefs, as well as Scarborough Shoal.

It can also exercise jurisdiction on allegedly aggressive maneuvers by China against Philippine vessels operating close to Scarborough Shoal, as well as the ecological impact of China’s reclamation activities near Scarborough and Second Thomas shoals. But key items such as the validity of China’s sweeping nine-dashed-line claims and dubious doctrine of “historical rights” were left for further deliberation. Meanwhile, China continuously ignored opportunities, in accordance to Article 5, Annex VII, to formally participate in the proceedings.

Thus, the arbitration body effectively demolished China’s longstanding claim that (1) UNCLOS and arbitration bodies under its aegis have no mandate to arbitrate disputes concerning the South China Sea disputes; (2) the Philippines has yet to exhaust bilateral negotiations before resorting to compulsory arbitration; and (3) China, under Article 298, has exempted itself from such arbitration procedures.

This isn’t just some legal hairsplitting. There are huge strategic implications. First of all, it means that not only the Philippines, but also other claimant countries could resort to a similar lawfare strategy to pressure and extract concessions from China. In effect, the Philippines’ arbitration case could create a “lawfare multiplier.” So far, Indonesia, which is inching closer to dropping its neutrality status in the South China Sea disputes, and Vietnam, which has ramped up defense ties with America, have threatened to go along the same path if China continues to press its advantage in adjacent waters.

Secondly, and more importantly, the arbitration verdict could provide a perfection legal justification for not only America, but also other key naval powers such as Japan, to launch sustained, multilateral Freedom of Navigation Operations in the South China Sea. Coordinated and multinational FONOPs by America and its key allies hold the promise of creating just enough pressure to force China to recalibrate its posturing in disputed areas.

What is clear is that the Duterte administration will not drop the arbitration case, which is in its final phase. This is just politically impossible, given the amount of domestic and international support the Philippines’ lawfare has generated. In fact, incoming foreign affairs secretary Perfecto Yasay made it clear that the Duterte administration will “not pursue any bilateral talks [with China] at this time until we hear, or wait for, the outcome of the decision of the arbitral tribunal to come out.”

Of course, there is a possibility, albeit minimal, that the Philippines will lose on all key items in its arbitration case. For instance, the arbitral body may resort to indefinite legal semantics to avoid giving an impression of openly scolding China. It could also shun exercising jurisdiction on key items like the validity of China’s nine-dashed-line claims, while partially censuring China on other more minor items.

This would surely be a disaster for the Philippines and likeminded countries, which are eager to leverage international law against China, but still leaves Duterte the option of distancing himself from the potential debacle by dismissing it as nothing but a foolhardy maneuver of his predecessor.

A largely favorable outcome, meanwhile, would give the Duterte administration great leverage in any bilateral showdown with China. For instance, the new administration could promise to not fully leverage the arbitration outcome—essentially treating it more of an advisory opinion than a binding verdict—in exchange for Chinese concessions in the South China Sea, ranging from non-imposition of restrictions on Filipino fishermen, troops and vessels roaming the disputed waters to mutual disengagement from the Scarborough Shoal, in addition to large-scale investments.

Without a doubt, China would welcome any opportunity to avoid a massive soft-power coup if Manila chooses to rally international support and portray China, an aspiring regional hegemon, as an indubitable outlaw. So far, the Group of Seven industrialized powers, Australia and almost all relevant players in Asia have openly or indirectly expressed their support for the arbitration case, forcing a panicked China to vociferously question the legitimacy of the arbitration body, set up its own international courts and rally the support of up to forty countries as a kind of counter-coalition.

There is, of course, another curious option. The Duterte and Xi administrations could simultaneously project their respect for international law and operationalize their willingness to bilaterally resolve the disputes by opting for a more mutually acceptable mechanism under the UNCLOS. Both parties can, for instance, consent to the creation of a “conciliation commission” (see Annex V), which allows both parties to address their overlapping claims with the guidance of a mutually agreed-upon panel of legal experts, who would provide legal advise but issue no binding verdict. In metaphorical terms, while Duterte’s predecessor opted for divorce proceedings (i.e., compulsory arbitration), he can instead opt for marriage counseling (i.e., conciliation commission) with China.