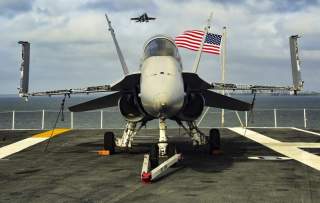 Myths about the South China Sea and related U.S.-China strategic interaction have been multiplying in Washington like fruit flies of late. There is the curious notion that China’s recent actions in the South China Sea portend a spasm of aggression spanning East Asia, spilling into the Indian Ocean and then through the Middle East, Africa and beyond.  Almost as fanciful is the idea that Beijing is about to erect figurative toll barriers around the South China Sea, only admitting the ships of nations that agree to perform the infamous 磕头[kowtow].  Presumably, naval vessels requesting admittance would require either multiple prostrations or at least some very fat 红包 [red envelopes].

Some delirious neo-liberals may have actually thought that Beijing would go along with, or at least not react negatively to the decision of the International Tribunal on the Law of the Seas regarding the Philippines arbitration. Another all-too common analytical blunder has been the belief that China’s recent economic “hiccup” will cause it to soften its approach toward the South China Sea. Also comical is the now fashionable notion that U.S. aircraft or vessels patrolling ever closer to China’s reclamation projects would finally bring the Dragon to heel.  All “Dragon Tamers” of the increasingly similar neo-liberal or neo-conservative stripe may cease reading at this point, but fellow realists are invited to press on to consider five really dangerous misconceptions regarding the evolving South China Sea cauldron.

Myth #1: The Obama Administration made a grave mistake during the Scarborough Shoal incident of spring 2012, setting in motion further Chinese “aggression.”

According to Administration critics, this episode was one of the Administration’s most significant blunders, giving Beijing a “green light” to push hard against various maritime claimants such as the Philippines.  It is actually true that Chinese strategists have studied this case and attempted to draw sweeping conclusions for Chinese maritime strategy, including the delineation of a so-called “黄岩模式” [Scarborough Shoal model]. Is this a grave blow to U.S. national security?  Or did Beijing succeed in adding another rock to it's not particularly impressive marine geology collection?  Even if China can profitably exploit the marine resources in and around this new “prize” – a rather dubious proposition – they most certainly will spend more to protect it than they will gain from drilling next to it.  President Eisenhower famously said that he would not take the U.S. to war over the shape of a helmet (during the Berlin Crisis). American leaders must make such grave decisions. It seems likely that Obama faced a somewhat analogous dilemma during the 2012 Scarborough Crisis and perhaps at other junctures as well.  And like Eisenhower, Obama appears to have concluded that he should not take his country to war with another superpower over relatively trivial matters, such as fishing practices or offshore drilling rights. That wise decision was a message to all adventure-seekers in the South China Sea – not least those in Manila – that the U.S. has far more urgent matters to concern itself with.

Myth #2: China’s building projects in the Spratly’s amount to new “bases” and are extensive enough to alter the regional balance of power.

Serious military strategists will find this supposition quite preposterous. In the age of precision strike, any and almost all fixed targets can be destroyed with ease, even by lesser militaries.   Much has been made of Beijing’s new opportunity to fly surveillance aircraft, anti-submarine warfare aircraft and even fighter aircraft from the airstrips now being built. Supposedly, China could base small frigates, fast attack craft and even submarines at these new facilities, but that approach still seems far-fetched. Never mind that it would be nearly impossible to store a strategically significant amount of fuel and munitions on these reefs, but such forces would have little and more likely even negative war-fighting value since they would be so exposed to hostile fire. In other words, a squadron of Su-27s flying out of Fiery Cross Reef “base” would most likely be smoking wrecks within hours of the start of any South China Sea conflict. To this author’s reckoning, a facility can be termed a “base” when it has some prospect of playing a useful operational role during armed conflict. By that definition, these facilities are not bases, but rather outposts of a merely symbolic nature.

Myth #3:  The U.S. must stand shoulder-to-shoulder with its treaty allies and partners on the issue of the South China Sea.

Despite the good common sense that prevailed in the spring 2012 “crisis” as discussed above, the notion persists that U.S. national interests amount simply to the aggregate of interests of all allies and partners. Thus, as Beijing has often complained, Washington’s eagerness to please and to allay all concerns has created perverse incentives for allies and partners to press for maximalist positions within various disputes with the hope that Uncle Sam will have their backs if push comes to shove. In a risk/reward matrix, some Philippine nationalists could come to the seemingly far-fetched conclusion that it is really worth it for Manila to risk World War III in order to secure drilling rights on Reed Bank. The Philippines would likely suffer enormously in such a conflict, of course, and very few Americans would try to make a similar case. Indeed, the example shows how Philippine and American interests could logically go in quite separate directions. One might even say that Manila enters a zone of serious moral hazard in hoping that Washington would take such risks for the sake of just another oil patch. It turns out the major diplomatic error has been to give The Philippines the wrong-headed idea that the U.S. would actually entertain such grave risks. Alternatively, the alliance could be much strengthened if it remained grounded within the scope of common sense.  That is to say that the U.S. defense commitment to the Philippines should be defensive in orientation and cover the main islands, including Palawan, Luzon, etc, but no ill-defined and unexplored “grey zone” claims. Why the U.S. should entertain any conflict, let alone major hostilities, with China over maritime disputes with U.S. “partner” Vietnam is completely mystifying.

One of the most common, but silliest ideas floating about on the South China Sea is that the area’s economic dynamism implies that the U.S. must maintain unchallenged military supremacy in these waters. Taken to a bizarre extreme, this logic even claims that the entire global trading system (the “rule-based order”) is under grave threat from Chinese actions in the South China Sea.  In short, stand up to China or watch the global economy come crashing down. Good luck finding a credentialed economist or even a Wall Street analyst, who would agree with this assessment. What makes this line of argumentation so specious, of course, is that China has been the major driver for this region’s extraordinary economic dynamism. The argument that maritime trade (and with it the global economy) will crash if China gains additional strategic influence in the South China Sea is, at best, a 19th century anachronism in our collective discourse. At worst, it is simply foolish drivel that makes for fine-sounding political rhetoric. Washington would be better served taking a page from Beijing’s playbook and attempting to turn its own backyard into a dynamic force in the global economy. The U.S.-Cuba rapprochement is a hopeful start towards such a project.

Myth #5:  If it comes to a fight in the end, the U,S, will “clean China’s clock.”  Among all the myths outlined above, none is quite as dangerous as this one.

If one believes in this highly uncertain notion, then it follows that there are few risks and little need for restraint. One need only parade some hardware about now and then – even daring to come up to within 500 meters of China’s built up outposts – and Beijing will surely stand down, overawed by Washington’s legendary military prowess. There are so many reasons to doubt the veracity of this conventional assessment (China’s anti-ship ballistic missile, a plethora of new classes of advanced supersonic cruise missiles, plentiful strike aircraft, surface combatants, submarines, sea mines, hardened bases, etc.) but the most basic reality of military strategy very simply holds that a “home game” is infinitely simpler than an “away game.”  Chinese Navy unofficial spokesman Admiral Yin Zhuo (PLA Navy, ret.) made this point when he said recently:  “如果未来中美发生冲突，可能就是在中国家门口打. 不客气的说, 在家门口打仗, 我们谁都不怕.” [If in the future, there is U.S.-China conflict, then it will likely take place on China’s doorstep.  Speaking bluntly, fighting on our doorstep, we fear no one.]  Other supposed advantages for the U.S., for example combat experience, also fade away for the most part when it is realized that counter-insurgency and anti-terrorist operations have little in common (and may indeed be at cross-purposes) with high intensity air-sea operations that would be at the heart of any hypothetical U.S.-China war. This is not defeatism, but rather a clear-eyed understanding that a U.S.-China war is absolutely not a “cake walk” for American forces and really nobody knows for sure how such a conflict would end.