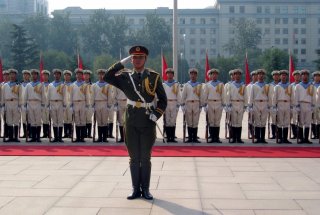 There is also the option of the formation of a “conciliation commission” (under Annex V of UNCLOS) as an alternative mechanism to address the Philippine-China dispute, especially if the Tribunal refuses to consummate the compulsory arbitration option. But the Aquino administration—in contrast to how Vietnam and Japan have been approaching China—has rejected any bilateral engagement with China on the grounds that there is no point in diplomacy with a power which is solely bent on expansion rather than compromise.

The ultimate challenge, however, is the actual scramble for territory on the ground. The protracted legal procedures haven’t prevented China from further consolidating its claims across the South China Sea. By putting almost all its eggs in the legal basket—even to the point of temporarily postponing the refurbishment of its facilities in the Spratlys last year—the Philippines may have neglected the necessary step of negotiating at least certain confidence-building measures (i.e., hotlines and incidents in the high seas agreements), which are crucial to preventing unwanted escalation with China. The Philippines will also need to ramp up its investment in its long-neglected Coast Guard and accelerate efforts at developing a minimum deterrence capability, while soliciting maximum military support from allies such as the United States and Japan without foreclosing the option of diplomacy with China.