The State Department Goes to War on Donald Trump 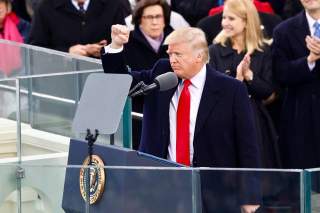 Americans may be under the impression that the president they elect is the man who directs the country’s foreign policy and sets its immigration rules. But a thousand or so officials in the State Department are of a different opinion. They have put their names to a cable registering official dissent in protest against President Trump’s executive order that bans most travelers from seven terrorism trouble spots—Syria, Libya, Iraq, Iran, Sudan, Somalia and Yemen—from entering the United States. But the dissenting diplomats go far beyond merely criticizing the order: they play politics and attack the very principles behind the president’s immigration policy. Indeed, they substitute their worldview for his.

These diplomats are professionals, and they deserve to have their views on policy implementation heard. The suddenness and sweep of President Trump’s order could reasonably be expected to draw a response from them, even a protest. But their answer has not been to make a strong case for amending the president’s policy—rather, it’s been to lecture him on what a claque in the federal bureaucracy deems America to stand for.

“Just as equality and multiculturalism are core American values, so too is pragmatism.” Lines like that could be ripped right out of the campaign literature of Barack Obama or any other progressive Democrat. It’s the language of a political statement, not a good-faith policy document designed to win the president over to the dissidents’ way of thinking. It’s a statement for public consumption—an attack on the president from the government’s own bureaucracy.

It’s safe to say that President Trump does not agree that multiculturalism is a core American value, and it’s doubtful that the voters who elected him—or the public at large—would agree either. The dissent document seems to go out of its way to emphasize points that can only antagonize the president. Their language, to put it another way, is undiplomatic.

The diplomats state: “We do not need to place a blanket ban that keeps 220 million people—men, women, and children—from entering the United States to protect our homeland.” But the sheer size of that number, most of whom, to be sure, have no intention of ever setting foot in the United States, is what makes the president and his advisors think an immediate moratorium is needed. They simply do not believe that good vetting is taking place, and among a population of 220 million people in largely war-ravaged and anarchic countries, there are sure to be a great many who do not mean our country well.

As the State Department dissent would have it, though, American citizens are just as likely, if not more so, to be dangerous. “We should not focus our vetting and screening on specific nationalities,” the diplomats say, but “cover the full range of sources of terror, including those who may hold ‘friendly’ or even U.S. passports.” There have been only “isolated incidents of foreign nationals entering the U.S. on a visa to commit acts of terror,” and “rather, the overwhelming number of attacks have been committed by native-born or naturalized U.S. citizens.” This is true in a sense that completely misses the point: the organized attacks on 9/11 by enemies who were in this country because of lax immigration controls were far deadlier than the sporadic shootings that have been carried out by radicalized citizens. Organized attacks—by groups like ISIS, Al Qaeda and al-Shabaab that are actually active in the seven countries subject to the ban—are the top concern of the Trump administration in enacting this policy.

The president may be overestimating the threat, but the State Department dissenters do not spend many words trying to convince him of that. What should have been the strongest section of the complaint, describing the humanitarian suffering the rapidly enacted order has caused, was only given no more space than a dubious estimate of the effects of the policy on the U.S. economy. Each receives one paragraph, while a section of political sermonizing titled “We Are Better Than This Ban” eats up more than twice as much space as both those points combined.

It’s in the “We Are Better Than This Ban” section that we learn, “We have a special obligation to maintain an immigration system that is as free as possible from discrimination, that does not have any actual or implied religious tests, and that views individuals as individuals, not as parts of stereotyped groups.” That’s a noble sentiment, but one that properly applies to citizens, not to our government’s dealings with every population on the planet, especially those in the midst of civil wars and strife. The State Department bureaucracy’s view seems to be that the whole world is America, liberal and democratic and, of course, multicultural. No distinctions may be made.

But of course, America has made distinctions before when it comes to immigration, most notably, as the dissenting diplomats themselves acknowledge, “Law enacted in the 1920s and which lasted through the 1960s severely restricted immigration on the basis of national origin and, in some cases, race.” “National origin” is precisely the criterion that President Trump believes is relevant today.

This dissent memorandum is most notable not for its number of signatures but for its almost totally disingenuous character: by ideologically framing it the way they did, the drafters guaranteed that Trump would disregard the material points about the executive order's deficiencies. Like the activists in the streets, these diplomats are merely protesting Trump, not trying to change his policies.

Daniel McCarthy is the editor at large of The American Conservative.