The Terrifying Tale of How This U.S. Aircraft Carrier Nearly Sank (and It Was Not a Bomb or Torpedo) 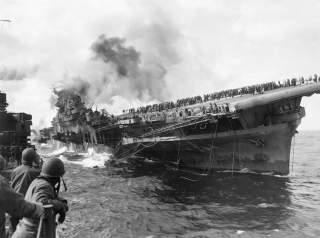