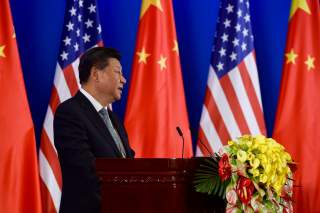 President Donald Trump is readying himself to play host to Chinese president Xi Jinping this week at Trump’s Mar-a-Lago estate in Florida. Herewith, five largely commonsense insights. But as sci-fi master Robert Heinlein might put it: while these insights aren’t hard for Americans to fathom intellectually, they are hard to grok, or feel in the gut.

Here is what Trump should anticipate:

All Chinese Communist Party (CCP) supremos play head games with U.S. presidents, and Xi Jinping is no exception. This week’s summit takes place in peacetime, but a warlike precept from strategist Carl von Clausewitz suggests how President Xi may try to shape American thinking about Asian affairs. Writes Clausewitz, the “political object,” also known as the goal, governs how rational actors conduct power politics. That being the case, the value of this object must determine the sacrifices to be made for it in magnitude and also in duration. Once the expenditure of effort exceeds the value of the political object, the object must be renounced and peace must follow.

In other words, how much a competitor covets its political goal determines how lavishly it invests diplomatic, economic and military resources to acquire that goal, and for how long it sustains the investment. The Clausewitzian formula resembles the classic physics formula distance = rate x time. The magnitude of an endeavor refers to the rate at which a competitor expends resources—lives, treasure, military hardware and so forth—while the duration is the time it keeps up the expenditure. Run the arithmetic and you calculate an endeavor’s price tag.

How much a combatant wants it thus impels both the magnitude and duration of an effort. Place great value on the political object, and you spend a lot for a long time. Go into a venture more tepidly and you spend less, persevere for a shorter time, or both. Here’s the coda: if the enterprise becomes too expensive, or if it drags on for too long, or if political leaders stop caring about their aims enough to justify the investment, Clausewitz counsels them to cut their losses and abandon the effort on the best terms they can.

Cost/benefit logic opens opportunities for an opponent’s mischief-making. Think about Taiwan. How could Xi discourage Trump from intervening should Beijing opt to use force in the Taiwan Strait? Well, he can manipulate the variables in Trump’s Clausewitzian calculus. He can try to depress the value Washington assigns to the island’s de facto statehood. He can try to convince Trump that preserving Taiwanese independence against a PLA military onslaught in China’s backyard would cost America exorbitantly. Or he can do both.

On the value-of-the-object side of the function, Xi could depict Taiwan as an ally of negligible value to the United States. Relations with Taipei, goes this storyline, do little except entrap Washington in Asian quarrels that imperil U.S. diplomatic and economic interests. In effect, Xi could reprise Adm. Dennis Blair’s infamous quip that Taiwan is a “turd in the punchbowl” of U.S.-China relations. Xi could ask, sotto voce: how much value does America attach to a turd? Taiwan isn’t worth the costs, hazards and hardships of fighting China.

But if politics opens some space to play head games, Xi’s better tactic by far is to accentuate how much military intervention would cost America and for how long. That’s what China’s anti-access/area denial strategy is all about: threatening to impose costs so frightful that no president would order the U.S. military into battle. Trump might hesitate at a critical juncture. Or if Xi does his work well, then he might dishearten Trump altogether and persuade him to believe that such an undertaking would be foredoomed regardless of how many resources Washington sank into it.

Either way, cost/benefit logic would discourage an American defense of Taiwan. So there’s a Clausewitzian lens through which to refract Chinese diplomatic strategy vis-à-vis not just Taiwan but the Senkaku Islands showdown with Japan, maritime disputes with various contenders in the South China Sea, or really any controversy that pits the United States and its allies and friends against China. Comprehending an antagonist’s strategy constitutes the beginning of a wise counterstrategy.

This isn’t mere gamesmanship on Xi’s part, or a type of shenanigans CCP officials attempt only during meetings with foreigners. It is standard practice. Chinese strategists boast openly of waging “three warfares” during wartime and peacetime alike. That means deploying psychological, legal and media implements on a 24/7/365 basis to bend opinion in China’s favor.

This is an approach with a long pedigree in Chinese diplomacy and strategy. Millennia ago Chinese general and scribe Sun Tzu exhorted sovereigns and commanders to arrange matters so as to win without fighting. The victor, he insisted, won its battles before the army even strode onto the battleground. Only the defeated fought in hopes of victory.

Or as Zhou Enlai, Mao Zedong’s foreign minister, once quipped: for China all diplomacy is “a continuation of war by other means.” Zhou’s wisecrack put a Maoist spin on the Clausewitzian maxim that war is an extension of policy with the admixture of martial means. Such a bloody and dismal outlook is alien to Americans, who tend to assume nations pursue routine diplomacy in peacetime and take up the sword only at the outbreak of war.

President Trump should muster tenacity of Chinese proportions—fortifying himself for the Mar-a-Lago summit and future dealings with Xi and company.

Be on Guard against Wordplay

CCP officials delight at seducing foreign interlocutors into adopting Chinese language to describe various phenomena. They then adjust the meaning of the phrase to suit their political needs of the moment, and use it to bludgeon those interlocutors. Let Beijing control the vocabulary, in other words, and you wrongfoot yourself in future interactions.

Witness the 2015 summit meeting between President Xi and President Barack Obama, where Xi proclaimed that “China does not intend to pursue militarization” of its artificial islands in the South China Sea. That set China watchers in the West to debating what “militarization” truly means, and pondering whether whatever Beijing was doing at any given moment amounted to militarization. Chinese engineers built while Westerners debated. In short, ambiguity granted China time.

Better yet from its standpoint, the CCP leadership gave itself a ready-made excuse to proceed with militarization. China took to claiming that the United States had militarized the South China Sea first because . . . the U.S. Navy had operated there! Get Beijing’s syllogism? The U.S. Navy operates throughout the world’s oceans and seas, and thus America has already militarized the world’s oceans and seas.

Ergo, a coastal state like China can portray offensive actions such as fabricating a fortified island outpost within another coastal state’s exclusive economic zone as defensive militarization. A nifty rhetorical sleight of hand. In time the debate was settled via a fait accompli. Airstrips, defensive armament and associated infrastructure now festoon the islets—a buildup that could have been predicted.

President Trump must beware of similar word games. His administration has already shown itself vulnerable to them. During a press conference in Beijing, for instance, Secretary of State Rex Tillerson declared that the U.S.-China relationship is premised on “nonconflict, nonconfrontation, mutual respect and win-win cooperation.” Chinese state media commented glowingly on his “made in China” wording. It gladdened CCP hearts.

Administration officials must not let China set the vocabulary whereby diplomatic interactions unfold. It makes Washington appear overly deferential. Worse, China will now quote Tillerson to depict any U.S. opposition to CCP policies as confrontational, disrespectful and zero-sum in outlook—and thus as a betrayal of the secretary’s stated commitment to Pacific relations. Wordplay will throw Washington on the defensive when it needs to wrest away the diplomatic offensive.

Some Things Are Sacrosanct

President Trump prides himself on being a dealmaker, and there’s much to be said for his freewheeling style of negotiation in many settings. But the wise negotiator knows when to stand on principle. Everything cannot be on the table in great-power politics. Some things must be nonnegotiable.

Think about freedom of the sea. In 2010 the president’s archrival, Secretary of State Hillary Clinton, told an Asian audience that “freedom of navigation” constitutes a U.S. national interest. And so it does. But Chinese emissaries will hasten to inform you—and rightly so—that China has never sought to restrict freedom of navigation. To date, that is, Beijing has not objected to ships’ and planes’ freedom to navigate from point X to Y to Z in waters where it claims sovereignty.

What Beijing does seek to restrict—banish would be more accurate—is everything else ships and planes might do in those expanses. Under the Law of the Sea Treaty, navies and air forces enjoy virtually limitless freedom to conduct flight operations, underwater surveys and a host of other military activities beyond twelve nautical miles of a coastal state’s shores. Liberty of action is what the global commons is all about.

And it’s what China has been chipping away at in recent years. Let’s say President Trump and President Xi discuss maritime matters, and Trump deems everything negotiable. The art of the deal might induce Trump to give up something seemingly trivial, such as the right to conduct surveillance flights in the South China Sea, in return for some Chinese concession.