The 'Ticking Bomb' Dilemma: How Effective Is Torture? 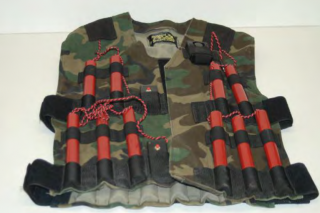 When the dust settles on initial reactions to the Senate Intelligence Committee’s report; when the torrent of accusations, recriminations, justifications and politicizations subsides; when the talk shows and interviews turn to different topics du jour; we will be left, still, with a fundamental question that divides the nation—whether there exist circumstances wherein torture is warranted. Though a great deal has been said on this topic, the debate has been clouded by overheated emotions and entrenched commitments, leaving the essential issues muddled. Conspicuous in its absence has been a clear scientific perspective on the topic grounded in psychological analysis and research.

The moral and instrumental dimensions of torture are intertwined. No one in their right mind would recommend torture if proven patently ineffective. Opinions are split, however, due to the possibility that torture might work. Some would support torture, then, under special circumstances. Others would categorically reject it, no matter what. Most reasonable people view torture as heinous, right up there with rape or murder. Considered alone, this suggests a policy of zero tolerance, a view that torture should be unequivocally banished, and never again be allowed or condoned. Critics point out, however, that the morality of torture must be considered not in isolation, but in the context of the moral dilemma in which it is typically embedded. Also known as the “ticking bomb” argument, this discourse juxtaposes a lesser moral evil, say torturing a terrorist with information about a quickly unfolding plot, to a greater moral evil, the deaths of innocents, should the plot mature. Stubborn refusal to commit the lesser moral evil to avoid the greater evil attests to moral rigidity and arrested moral development, according to Lawrence Kohlberg, a leading psychoethical theorist. Thus, otherwise repugnant activities acquire moral license.

Moral-licensing logic is pervasive in adjudicating personal and international affairs: Killing is prohibited, unless in self-defense. Targeting civilians is deplorable, unless at war. It is on those terms that in August 1945, Harry Truman justified the use of the A and H bombs on Hiroshima and Nagasaki. Ending the war and saving countless American and Japanese lives seemed more important than the preservation of the fewer lives the bombing would claim. Many Americans agreed.

Though seductive in its general form, the “ticking bomb” argument breaks down when it comes to specifics. Two fundamental assumptions of its logic typically go unchecked. Whether the “bomb” actually is “ticking,” and whether committing the lesser evil will actually avoid the greater evil—that is, whether torture will yield the life-saving information it was touted to deliver.

The “ticking bomb” claim is difficult to sustain in cases where the information sought is only indirectly and circuitously related to a clear and present danger. For instance, administration of enhanced interrogation techniques (EITs) to individuals believed capable of identifying Bin Laden’s courier is rather remotely connected to any specific catastrophe that must be averted.

Even less well-founded is the claim that torture works, and that it ultimately enables the extraction of valuable information from interrogated individuals. For as John Brennan, the CIA director, openly admitted the effectiveness of torture is “unknowable.” Indeed, it is virtually impossible to evaluate it rigorously and in a way that warrants meaningful conclusions.

The issue of torture’s effectiveness breaks into two separate aspects: of motivation and of reliability. The question of motivation is whether torture inevitably prompts the readiness to comply with the torturers’ demands. The belief that it does is based on the demonstrably flawed assumption that humans are primarily driven by the pursuit of pleasure and the eschewal of pain. In contrast, recent research in motivational science suggests that major alternative motives—the quest for truth, for personal significance, for control, autonomy and relatedness—can often trump hedonic pleasure and pain concerns.

Torture can elicit very different responses in people. Some may experience it as a deflating threat, others see it as a challenge to be met. Some even welcome pain and actually seek it out. They refuse novocaine during dental treatments, carry out polar plunges into frozen lakes and endure hurtful skin piercings, all for the sake of the benefits that pain is assumed to deliver.

Many treat suffering as an inseparable part of martyrdom, representing a worthwhile sacrifice for a sacred cause. In 1963, the Vietnamese Buddhist monk Thich Quand Duc burned himself to death to protest the persecution of Buddhists by the South Vietnamese government. On December 17, 2010, Mohamed Bouazizi set himself on fire in Tunisia to protest his humiliation by a municipal official, setting off the historical wave of protests known as the Arab Spring. Over the last half a century, self-immolation has become an increasingly popular protest tactic used by Tibetans, Arabs and others.

Generally, torture proffers a sense of humiliation and inspires dreams of revenge aimed at restoring one’s self respect. The sense of belittlement borne of torture may foster reactance and resistance, rather than submission. The Gestapo's cruel interrogation techniques notoriously failed to break senior leaders of the French, Danish, Polish and German resistance. And the armed forces of many nations, including the United States, have developed presumably effective training methods to immunize their warriors against torture. It is clear now that whereas some people may crack under torture, others may not. And the proportions of those who do and don’t, if not unknowable in principle, certainly are unknown. Hence, no uniform, “cookie cutter” approach—as practiced presently—is warranted. And without understanding the motivations that torture induces in specific cases, its application might badly backfire.

Apart from the issue of motivation, is the paramount question of reliability—how dependable is information obtained via torture? A growing body of research attests to the cognitive impairment that torture inflicts. Studies reveal that repeated shock, stress, anxiety, disorientation and the deprivation of control may seriously damage individuals’ brain functions, consequently reducing their ability to retrieve the information they possessed, and increasing their vulnerability to the implantation of false memories. Thus, information obtained under torture often may be worthless or worse yet, misleading.

All in all, then, the warrant for torture falters on both moral and instrumental grounds. Morally, its underlying assumption fails where no clear and present catastrophe (greater evil) is at hand that torture (the lesser evil) might avert. Instrumentally, cutting-edge psychological research suggests that contrary to naïve presumption, pain and fear aren’t the omnipotent motivational forces they were cracked up to be, and instead of breaking individuals’ will, they may often augment it. Neuroscience of stress suggests, furthermore, that the disruption of brain functions by EITs may seriously affect individuals’ ability to provide their torturers’ with valuable information, even if they were motivationally inclined to do so, which they often aren’t. Add to it the considerable damage to public image that the use of torture inflicts and the attendant moral outrage that fuels anti-U.S. radicalism, and the conclusion seems inescapable that the policy that allows torture is misguided, and that the pain it metes out typically yields no appreciable gain.

Arie W. Kruglanski is a Distinguished University Professor in Psychology at the University of Maryland and a founding member of START, the National Center for the Study of Terrorism and the Response to Terrorism. Kruglanski is the author of  around 400 articles and books on motivation, judgment and decision making. Former editor of the Journal of Personality and Social Psychology (Attitudes and Social Cognition Section) and of the Personality and Social Psychology Bulletin, he is now heading a multidisciplinary MINERVA research effort  on radicalization and deradicalization funded by the Office of Naval Research; he is also currently serving as President of the Society for the Study of Motivation.