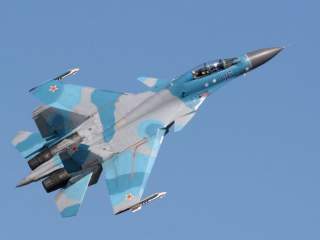 With China tightening its grip on much of the South China Sea, the Association of Southeast Asian Nations (ASEAN) is struggling to adopt an appropriate and unified response. Ironically, this year is supposed to be the “Year of China-ASEAN Maritime Cooperation”. Since Cambodia’s disastrous chairmanship of the regional body, which led to tremendous divisions within the ASEAN and acrimonious exchanges between Cambodia and the Philippines, there have been concerted efforts, especially by Indonesia (the informal regional leader), to ensure China doesn’t use its regional pawns to block discussions over the ongoing disputes. The product, however, is a new orthodoxy, whereby ASEAN expresses “serious concerns” vis-à-vis the South China Sea disputes, but repeatedly falls short of offering any tangible response.

“We share the serious concerns expressed by some leaders on the land reclamation being undertaken in the South China Sea, which has eroded trust and confidence and may undermine [authors’ emphasis] peace, security and stability in the South China Sea,” read the ASEAN chairman’s statement. ASEAN also "reaffirmed the importance of maintaining peace, stability, security and freedom of navigation in and over-flight over the South China Sea." Beyond those passive-aggressive statements, however, there was no breakthrough in terms of adopting a common strategy to ensure China stands honest to its years-long promise of negotiating a legally-binding Code of Conduct (CoC) in the South China Sea. Nor was there any discussion on the recent proposal for a joint ASEAN peacekeeping patrol in the area.

However, China couldn’t even tolerate any expression of concern by ASEAN. In a half-comical, half-hubristic retort, the Chinese Foreign Ministry (also) expressed “serious concern” over ASEAN’s statement, urging “countries to move in the same direction as China by preserving peace and stability of the South China Sea, as well as maintaining China-ASEAN relations.” Beijing also accused an "individual country" [the Philippines] of hijacking ASEAN’s agenda by “regionalizing” disputes, which are supposedly purely bilateral in nature. Unwilling to accept any form of criticism, Chinese Foreign Ministry spokesman Hong Lei lashed out at Southeast Asian claimant countries, particularly the Philippines and Vietnam, for allegedly “carrying out reclamations on the Chinese islands they are illegally occupying in the Nansha Islands [Spratly], building airports and other fixed infrastructure, even deploying missiles and other military equipment”—questionable claims, which were immediately dismissed by China’s neighbors.

Frustrated by ASEAN’s growing irrelevance, the Philippines, and Vietnam have opted for minilateralism, moving towards a strategic partnership vis-à-vis the common Chinese threat in the South China Sea. The relevance of this budding alliance, however, lies in how it serves as a component of a larger informal network of alliances on China’s peripheries, especially as middle powers such as Japan and India augment the U.S.-led efforts at reining in China’s growing assertiveness across the western Pacific.

There are at least two problems with ASEAN’s strategy in the South China Sea. First, the regional body continues to rely on a dysfunctional decision-making principle, whereby nothing moves forward unless there is a consensus, mostly based on the least common denominator. What is certainly needed is an “ASEAN-X” formula, whereby the reasonable majority can prevent few hardliners from hijacking the entire process by vetoing any significant development. With respect to trade, investment, and economic integration, ASEAN has already employed such a formula with considerable success.

The second problem has to do with ASEAN’s wholesale, uncritical embrace of China’s economic carrots. Instead of making sure greater engagement with China is based on a balanced focus on both security and trade relations, Southeast Asian countries have (perilously) pursued greater economic interdependence—or, to be more accurate, dependence—on China without demanding any significant concessions on security-related matters, particularly with respect to abiding by the principles of the 2002 Declaration on the Conduct of Parties in the South China Sea (DOC).

As a result, whenever China feels it has alienated its neighbors, it tends to offer economic freebies as an appeasement strategy. And so far, this strategy seems to have worked pretty well. No wonder then, there is growing fear that the ASEAN’s utility has been stripped down to its bare minimum, if not rendered entirely toothless, thanks to China’s decade-long pro-active diplomacy and deepening economic influence across Southeast Asia.

A more fundamental problem with ASEAN is the absence of convergence in terms of “threat perceptions” vis-à-vis China. Singapore’s Law Minister K. Shanmugam brilliantly sumed up the prevailing state of mind of the majority of ASEAN nations when he bluntly stated: “If you start looking at ASEAN-China relations through the prism of South China Sea, you are getting it wrong completely…The facts on the ground are the very substantial economic, security, political relationship between China and every country in ASEAN and ASEAN as a whole. The South China Sea forms part of it and we will not be doing our duty for our country and our people if we forget that [authors’ emphasis].” In short, the South China Sea disputes don’t and shouldn’t define the overall texture of China-ASEAN relations. It is not worth alienating a key trading partner, so the argument goes, over disputes that are essentially bilateral in nature.

Network of ‘Allies among Allies’

In contrast, the Philippines and Vietnam view the South China Sea disputes as the defining issue of ASEAN-China relations. For them, what is the whole point of regional integration and solidarity when China can easily divide and conquer its Southeast Asian counterparts? Against the backdrop of ASEAN’s limited utility, Hanoi and Manila have deepened their security ties, culminating in a strategic partnership agreement, which will pave the way for regularized joint naval, coast guard exercises, and scientific research in the South China Sea; institutionalized high-level bilateral dialogue; and greater diplomatic coordination and unison in regional and international fora.

By adopting common positions on the United Nations Law of the Sea (UNCLOS) and its significance for the South China Sea, for instance, the two countries have sought to delegitimize China’s sweeping “nine-dashed-line” claims in the area. Hanoi and Manila hope that their blossoming partnership will encourage other Southeast Asian claimant states such as Malaysia to eventually tag along. Growing strategic cooperation between the two Southeast Asian countries, however, has been long overdue. Since the end of the Cold War, both Hanoi and Manila have been at the receiving end of China’s expanding claims across the South China Sea. But it is only in recent years that they have seriously explored closer strategic ties, recognizing that if they don’t hang together, they will be hung separately.

Interestingly, deeper Philippine-Vietnam ties have come on the heels of normalized and increasingly warm relations between Hanoi and Washington. In April 2014, two U.S. Navy ships took part in the fifth annual joint (non-combat) exercises with the Vietnamese Navy. Vietnam has also been encouraged by the United States’ highly symbolic decision to relax longstanding restrictions on weapons exports to the Southeast Asian country. The partial lifting itself did not carry a dramatic shift in bilateral military relations, but definitely marked an important step in deepening strategic confidence between the two former adversaries. During his trip to Vietnam last December, U.S. Secretary of State John Kerry announced that the Vietnamese Coast Guard would receive $18 million in aid along with five fast patrol-boats from the United States. Complementing Vietnamese President Truong Tan Sang’s mid-2013 summit meeting with U.S. President Barack Obama, which culminated in the signing of a “Comprehensive Partnership,” Vietnam’s party chief and paramount leader Nguyen Phu Trong is scheduled to meet Obama in coming months.

So it is highly likely that Manila decided to pursue deeper ties with its communist neighbor only after its top ally, the United States, moved to sign up Vietnam as a potential bulwark against Chinese expansionism in Southeast Asia. And perhaps it is only now that the Philippines has realized the importance of diversifying its strategic options by reaching out to as many like-minded countries as possible. Previously, the Philippines not only saw Vietnam as a potential competitor in the Spratly chain of islands, but also questioned the utility of reaching out to a relatively weak neighbor. (Not to mention, Vietnam’s close party-to-party ties with its giant communist neighbor, China, also presented some ideological barriers and raised some suspicion among certain Filipino policy-makers.) As for Vietnam, they see the Philippines as a diplomatically bold Southeast Asian country, which has dared to take China to the court over the South China Sea disputes. Vietnamese strategists are carefully examining whether they can emulate Manila’s legal maneuver to potentially extract territorial concessions from China.

The broader significance of Philippine-Vietnam partnership, however, lies in how it fits into a broader network of informal alliances on China’s peripheries. Aside from the United States, Japan and India have also been ramping up their strategic ties with Vietnam. India has become a key provider of strategic weaponry and a major investor in Vietnamese offshore hydrocarbon projects in the South China Sea, while Japan has pledged greater assistance for Vietnam’s Coast Guard development. Japan has also been reaching out to both India and the Philippines in recent years, with the Shinzo Abe administration gradually carving out a regional security role for Tokyo. All these regional players have been operating in tandem with the United States’ broader Pivot to Asia (P2A) strategy, which is partly aimed at constraining China’s aggressive behavior in the western Pacific.