The Trans-Pacific Partnership: China, America and the Balance of Power 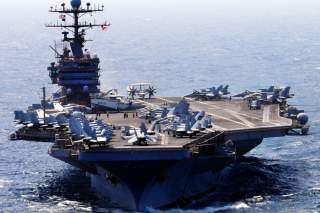 At first glance, the Trans-Pacific Partnership (TPP) looks much like any other trade deal. By increasing trade and investment among its partners, the TPP sets out to stimulate a higher rate of economic growth in the United States and among many of its Pacific friends. As with similar treaties, the TPP has been the subject of controversy in the U.S. Congress, which very nearly killed a key piece of legislation necessary to America’s ratification of the agreement. But while American lawmakers attacked and defended the treaty largely in narrow economic terms, they appeared to disregard its main strategic promise.

Besides creating jobs, the TPP may also alter the balance of power in the Asia-Pacific. The treaty will increase the rate of economic growth in the United States and in an array of friendly nations while simultaneously diverting trade flows away from Washington’s greatest competitor, China. More important than any of these absolute changes in economic output, though, is the relative change in national power, itself the product of economic might. Whereas trade is often discussed in absolute terms, relative gains are more important in the often zero-sum world of international politics. If the TPP can change the trajectory of American power relative to China’s, it may be the single most important factor in whether the United States retains its “indispensable” role in the 21st Century.

Given the treaty’s strategic significance, it is shocking that the TPP almost met its end at the hands of Congress recently. While treaty negotiations will continue for now, the TPP will come before the nation’s lawmakers again. At that point, Congress needs to recognize that the TPP is not just about economics, and that it has the potential to be a pillar of American grand strategy in the Asia-Pacific for decades to come.

Missing the Forest for the Trees

In the last few weeks, Congress has wrangled fiercely over the TPP’s economic merits. But despite its noise and heat, this debate has largely passed over the strategic consequences of the treaty for America’s continued primacy in the Asia-Pacific.

For the most part, the TPP has split its proponents and critics along predictable political lines and breathed new life into timeworn arguments about the value of free trade. The treaty is resolutely backed by the Obama administration, most congressional Republicans, the Chamber of Commerce, and the technology and agricultural industries. They argue that the TPP will diversify consumer choice, increase American exports, protect intellectual property rights, and “level the playing field” between American companies and their foreign competitors. On the other side, congressional Democrats, environmental organizations, and labor unions have closed ranks to present a united front against the TPP. They argue that it will line the pockets of corporations while draining much-needed jobs from the American economy.

Strategic considerations have surfaced only occasionally in the TPP debate. President Obama has warned that “we’ve got to make sure we’re writing th[e] trade rules in the fastest-growing region of the world, the Asia-Pacific, as opposed to having China write those rules for us.” From the right, Speaker John Boehner has echoed the President’s message: “[I]f we don’t lead, we’re allowing and essentially inviting China to go right on setting the rules of the world economy.”

The TPP’s critics can be forgiven for remaining unconvinced in the face of these abstract maxims. Although American “influence” and “credibility” are worth preserving, it is hard to measure exactly how much the TPP will affect them one way or the other. It is certainly possible—if not likely—that without the TPP, the United States would effectively hand the reigns of Asia-Pacific trade over to China. But who can know for sure? And it speaks volumes that proponents offered these strategic considerations primarily as an afterthought, a way to pacify congressional Democrats and a somewhat skeptical public.

The Strategic Value of the TPP

In short, then, the TPP has been presented and criticized as if it were an ordinary trade deal. It’s not. The treaty boasts strategic consequences that make it well worth passing. In particular, the TPP will rewrite the rules of regional trade in a way that boosts the economies of the United States and its allies relative to the economy of Washington’s primary geopolitical rival, China.

In order to preserve American primacy in the face of a rising China, American strategists seem forced to choose between two options that are both extremely unpalatable: containment and integration. The United States is too economically entwined with China to pursue a containment strategy of the sort employed during the Cold War, when the West cordoned off the Soviet bloc from key international trading networks. Simultaneously, though, the United States is experiencing increasingly diminishing returns from its strategy of integration, whereby the Nixon administration wired China into the international economic order on preferential terms in order to split the nation from the Soviet Union. After all, interdependence has not brought enduring friendship. Rather than integrating “responsibly” into the existing world order, Beijing has adopted a picky approach to global governance—it has participated in those institutions that benefit it while shirking those that do not. To handle the “unattractive” aspects of integration, China is beginning to develop an alternative set of global institutions as well as the hard power to back them up. And to top it off, China seems caught in a permanent (if protracted) downward spiral in its relationship with the United States. Hence the geopolitical vise: the United States cannot tear down China, but for its own good, Washington should not continue building it up either.

The TPP offers a third option, one that steers cleanly between the Charybdis of continued integration and the Scylla of containment. The United States should build up its own strength (as well as the strength of its Asian allies) in order to maintain a balance of power in the Asia-Pacific that is favorable to continued American primacy. The objective is simple: adopt policies that accrue economic gains to the United States and its allies relative to China, then translate that economic advantage into national power through a smart military strategy that makes the best use of budget dollars. From this perspective, it becomes clear that the TPP is not just about absolute economic gains for the United States or American workers—although those are certainly important—but rather gains for the United States and its allies relative to China.

Measured against this standard, the TPP promises to benefit the United States in spades. While economic forecasts necessarily depend on a number of assumptions, one study from the Peterson Institute for International Economics suggests that if the TPP is ratified by the twelve countries currently participating in negotiations and South Korea, then the United States can expect to enjoy a net $77.5 billion increase in its own income gains by 2025. On its own, that number is impressive (even if it constitutes only a minute share of the American economy). But then factor in the economic benefits to friendly TPP countries aligned (implicitly or otherwise) with American objectives in the Asia-Pacific—Australia, Brunei, Japan, Malaysia, New Zealand, Singapore, South Korea, and Vietnam—and the initial figure swells by another $259 billion. And that’s not all: China and Hong Kong would lose out $47.5 billion from being excluded from the agreement, since it would divert trade flows away from them and toward TPP countries. Of course, the costs of exclusion partially cut the other way as well: the TPP excludes India, Indonesia, the Philippines, Taiwan, and Thailand, countries that all share geopolitical interests with Washington. But even once these latter costs are subtracted out, the final total still comes to a $368.9 billion increase in income gains by 2025 for the United States and its friends relative to China.

So while the TPP is projected to deliver gains to the American economy of “only” $78 billion, it is predicted to deliver nearly five times that much to America’s tacit Asia-Pacific coalition (relative to China, anyways). That income boost is weighty in absolute terms—a third of a trillion dollars—and it will prove even more consequential in practice given the smaller economies of many of the TPP parties. And if Indonesia, the Philippines, and Thailand also join the TPP—as they have at least contemplated doing—then the relative gains soar to a staggering $590.5 billion. All told, then, the TPP has the potential to be a game-changer for the United States in Asia.

These relative gains are critical to the success of any American grand strategy for the Asia-Pacific. After all, policies that create national power are even more important to the balance of power than policies that merely dispose of that power. Put another way, it is often less important where one positions an aircraft carrier than how many carriers the United States can afford in the first place. As national power is a product of underlying fiscal realities, our foreign strategies must be designed to yield economic outcomes that favor the United States and its allies over any potential competitors.