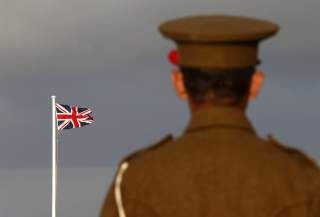 For thousands of years the tragedy of politics has been that empire affords the answer to chaos. Imperialism, as the Oxford historian John Darwin says, “has been the default mode of political organization throughout most of history,” as the capabilities needed to build strong states, owing to the patterns of geography, were never evenly distributed, so that one ethnic group usually emerged to rule the territory of others. Yet, because conquest leads to conceit, militarism, overextension, and bureaucratic calcification, the very act of building an empire indicates, in the view of German philosopher Oswald Spengler, decadence and cultural decline. Empires (especially those of Great Britain and France) were never so obvious as before their collapse.

But if empire is the norm, even as it ends tragically, what comes after empire that is sustainable? What system provides order without being prone to the pathologies Spengler named? China’s Belt and Road Initiative, Russia’s campaign of subversion in Central and Eastern Europe, the European Union, and the American-led liberal world order are all attempts to solve that question. Grand strategy, a subject that obsesses policy elites, is really about avoiding the trap of empire.

China and Russia constitute one way of broadly dealing with this question; the European Union and the United States another. Both models have their strengths and weaknesses.

China and Russia are heirs to land-bound, undemocratic imperial traditions. Their attempts at expansion are rooted in geography and not in ideals. But this does not mean that their approach lacks subtlety, making them formidable adversaries.

Chinese leaders live with the knowledge that early modern Asia during the Ming and Qing dynasties (the mid-fourteenth through the mid-nineteenth centuries) was more stable under an imperial tribute system than was Europe with its Westphalian order of states that emphasized a balance of power. Political scientist David Kang of the University of Southern California explains that this tribute system “contained credible commitments by China not to exploit secondary states that accepted its authority.” Thus, Ming and early Qing imperial hegemony involved not just dominance but “legitimation and consensus.” Because Chinese imperialism brought relative peace to Asia for several centuries in a system that most accepted, Chinese leaders today see nothing wrong in their attempts to once again oversee their region, which to them means merely the restoration of regional harmony under a new and far more nuanced version of imperial order.

China is not a democracy, but neither is it totalitarian. That is precisely its appeal. Its authoritarianism—in which order is provided and policy is predictable, while debates ensue within the leadership, the Beijing think tanks, and the population at large—provides a regime that we simplistically label in Manichean terms as a dictatorship. Moreover, Chinese leader Xi Jinping’s notion of restoring regional harmony constitutes the kind of higher purpose that has traditionally defined successful empires and their variations. The Belt and Road Initiative, which follows the pathways of medieval Chinese dynasties—and links China with both Iran and Europe—provides China with a hopeful vision to offer Central Asia and the Middle East, one that might ease their geographic isolation, poverty, and instability. We think of China as an economic challenge. It is something more. It is a philosophical challenge because its unique system, at least at this juncture, provides its own people and its neighbors with dependable and concrete policies for development. Xi is not specifically a dictator: he is a certain kind of dictator, who may yet offer his people a dose of personal freedom and economic growth while preventing anarchy. That is the lure of authoritarianism which we live with. And it remains so even though Xi has abolished term limits for his rule. China still has institutional strengths that Russia lacks, and Xi’s rule is still far from the absolutism of a Saddam Hussein or the Assads of Syria.

Nevertheless, China’s very economic dynamism, combined with its seething resentment over the anarchy and decline it experienced for two centuries at the hands of Western powers, makes it prone to arrogance—and that can be fatal, leading to “imperial overstretch,” to use Yale historian Paul Kennedy’s phrase. China just can’t help itself. Its very dynamism in this decade could lead its Belt and Road system to expand at a pace the decelerating Chinese economy cannot sustain in the next decade. China’s might be just too close to a traditional imperial regime to survive. This could happen at a time when the growing Chinese middle class makes demands on institutions that even the wisest authoritarians cannot meet.

As for the Russians, they might be heavy-handed with their armed thugs wearing ski masks in Ukraine, but their reliance on the cyber domain in subverting democratic governments is both inexpensive and conveniently deniable. Moreover, they are not trying to recreate the Warsaw Pact in Central and Eastern Europe, which had all the conceits and other drawbacks of traditional imperialism; instead, they seek to be spoilers only there. In Syria they have been careful not to introduce ground troops in meaningful numbers. Aggressive they have been in their near abroad; but equally cautious. They aim to reclaim the extent of Soviet geography but without the risks and expense of empire. They seek influence; not outright conquest. This is a smart post–imperial strategy.

But Russian president Vladimir Putin’s post–imperial project of subversion in Central and Eastern Europe, though respectful of limits, manifests an obsession with breaking down liberal democracies to altogether no higher purpose—something that has blinded him to the threat from China in his own backyard—even as his cyber warfare campaigns are driven by little more than resentment for how the Cold War ended. And with no higher purpose to guide him, his low-calorie imperialism is ultimately doomed. History shows us again and again that for imperialism to last, it must—at least in its own mind—have a higher, civilizing objective. Venice and Britain assumed they were bettering the world through trade; meanwhile, Rome believed in its institutions and road infrastructure as means to improve humanity. Both the Habsburgs and Ottomans believed that loyalty to their sovereigns kept divisive communities of ethnic nations from slaughtering each other. China is firmly in this tradition; Russia is not. Russia is not buttressed by strong institutions, as China is; and does not offer the hope of economic development like China’s Belt and Road Initiative. This is why China challenges us in a way that Russia doesn’t. The difference between one kind of authoritarianism and another can be sometimes as great as the difference between authoritarianism and democracy.

The European Union: The Virtual Empire

The European Union is the most innovative answer to empire. Its emphasis on legality and small states liberates it from traditional imperialism, notes Yale historian Timothy Snyder. Yet, as he also says, Europe’s past is almost entirely that of empire and thus many states in Europe, particularly in the east, have no future except under the umbrella of the European Union, whose very size and diversity is nevertheless of imperial dimensions. In fact, the European Union is the true successor to the cosmopolitanism of the Habsburg and Ottoman empires, and thus has the potential to fulfill the function of empire clear across the continent without necessarily falling prey to its conceits. But faced with Russia’s own form of post–imperialism, the EU cannot wholly provide for its own security. That is ultimately the job of the United States.

Yet the European Union, because of its debt crisis followed by the wave of populist nationalism, has learned a certain humility, best evinced by Italian prime minister Paolo Gentiloni at Davos, who warned his fellow Europeans of “the arrogance of a cosmopolitan digital elite.” While denouncing nationalism, his colleagues Emmanuel Macron and Angela Merkel both spoke at Davos of working to satisfy those drawn to it. Only by making Brussels seem less remote and bureaucratic can the quasi-imperial superstructure of the European Union survive, they now realize. The European Union, therefore, may be in a better position for mastering the future on account of its own near-death experience. European leaders now think tragically in order to avoid tragedy, something they didn’t do (at least to the same extent) before the crisis.

Whereas Russia’s authoritarianism is inseparable from gangsterism and is thus no model for the future, and China’s system works precisely because of its original mix of personal freedoms and political repression, the European Union can only survive by becoming more of a non-elitist democracy, while retaining its strong bureaucratic element. Measured adjustments are crucial here. This new century of geopolitics that has succeeded a century of ideology means the differences between the various competing systems will be subtler than during World War II and the Cold War. The problem with a Manichean view is that it infers only one side may win in the battle between dictatorship and democracy. But neither side may win. And the one that gains an advantage may instill elements of both systems.