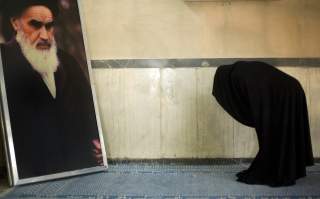 In the world, there are some thirty countries that use “armies of opinion shapers” to suppress dissent. Iran is one of these nations, yet its relationship with social media and online communications is more complicated than most.

Experience in recent years have shown that social media can be manipulated to undermine democracy and political rights. Online manipulation and disinformation tactics played an important role in elections in at least eighteen countries over the past year, including the United States. These disinformation tactics have contributed to a seventh consecutive year of overall decline in Internet freedom, as did a rise in disruptions to mobile Internet service and increases in physical and technical attacks on human rights defenders and “independent” media.

A record number of governments have restricted mobile Internet service for political or security reasons, often in areas populated by ethnic or religious minorities. The worst offender in this category of abusing Internet freedom is, for the third consecutive year, China, followed by Syria and Ethiopia. China and Russia in particular have pioneered the use of surreptitious methods to distort online discussions and suppress dissent. But this practice has since gone global, with state-led interventions present a major threat to the notion of the Internet as a liberating technology.

When it comes to Iran, an expansion of protests constitutes a crisis for the Iranian regime and an opportunity to use the peoples’ resentment as leverage against it. The Obama administration squandered valuable opportunities in the past to address this, most notably during the 2009 anti-government protests. These protests were backed by the National Council of Resistance of Iran (NCRI) and managed to achieve significant popular momentum, yet Western powers turned a blind eye to the regime’s brutal crackdowns.

Around 40 percent of Iran’s population of 82 million has access to Internet services. Despite this though, the country has some of the strictest controls on Internet access in the world and blocks access to social media, such as Facebook, Twitter, and Instagram, although many users are able to access them through widely available software. The regime in Tehran is known to arrest bloggers and social media users, paying particular attention to political-social content. Ironically though, investment in Iran’s “National Information Network” greatly improved Internet access, speeds, and bandwidth, and granted those who resisted the regime opportunities to organize protests. That said, accessing domestic platforms may be less expensive, but are at a higher risk of being controlled by the regime. For example, Tehran required Telegram—a popular chat application—administrators of chat groups with more than five thousand members to register with the Ministry of Culture and Islamic Guidance and grant access to a “bot” which monitors discussions and facilitates state surveillance. Eventually, because Telegram is encrypted and effective at evading authorities, the regime shut down domestic service.

Now is time for the Trump administration to break with the past and move things in a new direction. The accelerating situation in Iran marks an opportunity to change the Iranian regime from within. The Iranian people, time and again, have taken to the streets to make their revolution happen. They need, at a minimum, the moral support of the West.

Among the factors distinguishing recent protests from those in 2009 is the increasing use of smartphones. The devices can be dangerous instruments for revolutionary change, as per the BBC, which contrasts the 2009 protests with those in 2017–2018. The BBC states that in 2009, when millions of people took to the streets, “there were some 55m mobile subscriptions in Iran. Today, there are more than 80m mobile subscriptions and 41 percent of households are estimated to have access to at least one smartphone.” The Carnegie Endowment’s Karim Sadjadpour noted that, “In 2009—when an estimated 2 million to 3 million Iranians protested silently in Tehran—fewer than 1 million Iranians owned such a device, and few outside Tehran. Today, an astonishing 48 million Iranians are thought to have smartphones, all of them equipped with social media and communication apps.”

Washington should provide technological, political and moral support to peaceful protesters. Since the Iranian regime regularly blocks the Internet, these protesters require help so that they may communicate and coordinate with each other.

On Feb. 28, former New York City Mayor Rudy Giuliani addressed a luncheon at the National Press Club (NPC) on the topic of Iran and the uprisings. Giuliani, it should be noted, was then head of Cyber efforts at the White House. As a member of the NPC, I attended the event, where Giuliani stated that, “We can bring in companies and encourage them to involve themselves in Internet access in Iran. We know there has already been substantial interference. The protesters originally used messaging to organize, and the movement spread like wildfire, chiefly with the messaging application Telegram, which is encrypted and effective. We know it was effective, because the regime shut Telegram down. Having to deal with that type of barrier, it’s amazing that the dissidents have been able to carry on their protests. The regime knows about them, it can spy on them, and interfere with their communications.”

During his speech, Giuliani referred to a book recently put out by the National Council of Resistance of Iran (NCRI), titled Iran: Cyber Repression. This tome details how Tehran, under supervision and guidance of the Islamic Revolutionary Guard Corps (IRGC) and the Ministry of Intelligence and Security, employs new cyberwarfare and tactics in a desperate effort to counter the demonstrations within Iran, particularly the nationwide uprisings that erupted in late December 2017.

The book reveals information about the regime’s new wave of cyber repression and the key players involved. It details how a domestic mobile apps marketplace modeled after Google Play is supervised by the IRGC to distribute spyware-enabled applications also created by the IRGC via front companies. These companies are developing spyware-enabled applications for cyber-surveillance and repression.

Ironically, some of these applications are freely available available on Google Play, Apple Store, and GitHub. Millions of users worldwide are potentially exposed to the Iranian regime’s spyware and surveillance.

The United States can help make Iranian dissidents more visible. Nikki Haley, the U.S. ambassador to the UN, called for an emergency meeting on Iran of the Security Council—the first one that had been held in quite some time. The United States can also make sure the regime’s access to worldwide banking ceases. A major reason why people are protesting the Iranian regime is due to economic hardships. They go to the bank and find that the IRGC controls the internal banking system and has emptied accounts to pay for its proxy wars in Syria, as well as repression, at home.

The United States can also help by providing protesters better access the Internet, for the protesters, and provide free VPNs, so that the protestors can access Telegram and other messaging apps, despite Tehran blocking them; doing so, would permit protestors to engage in a more equal technological, political, and social media battle with the so-called, Guardians of the Islamic Revolution, the Islamic Revolutionary Guard Corps. These actions should enhance the likelihood of regime change by the people of Iran, which is not only to the benefit of the Iranian people but to the advantage of U.S. national security and of world peace.

Despite efforts by Tehran to thwart protestors, the people will outlast the unelected Ayatollahs who lack popular support. Since the Iranian regime uses social media to control political dissent, President Donald Trump should empower protesters with the tools necessary to block the regime’s disruptive efforts. Doing so will help empower the Iranian people, who have been seeking regime change since last December.

Image: A woman prays next to a picture of Iran's Late Leader Ayatollah Ruhollah Khomeini while attending a ceremony at Jamaran Mosque in northern Tehran June 2, 2007. Iran's late leader Ayatollah Khomeini died in 1989 after eleven years as Supreme Leader and ceremonies will be held to mark the anniversary of his death. REUTERS/Morteza Nikoubazl (IRAN)