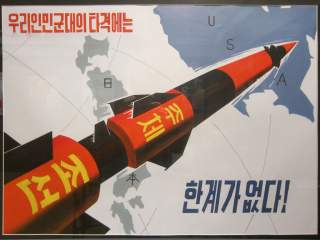 History is often learned in layers. During the Cold War, the United States and the United Kingdom conducted an audacious covert intelligence operation in which they tunneled into the eastern sector of Berlin to tap into Soviet military communication lines. The operation created an immense treasure trove of intelligence information and was declared a massive success.

But it later became known that a British agent, George Blake, was a Soviet mole and had tipped off Moscow to the tunnel even before construction began. The information eventually obtained then had to be treated as potential disinformation engineered by Moscow to confuse the allies. Yet, in another reversal, the United States had not revealed all of its technical capabilities to its British partner, so Blake couldn’t alert Moscow and the tunnel operation could again be considered successful.

Such may also be the case in assessing the Obama administration’s strategy toward North Korea. New York Times reporters David Sanger and William Broad disclosed that President Obama ordered a covert cyber operation to digitally sabotage Pyongyang’s missile programs. Does the article reveal a more muscular Obama approach to thwart North Korea military ambitions than its passive and much maligned strategic patience policy? Or, as Oscar Wilde remarked, is history “merely gossip?”

Sanger and Broad describe a classified program targeting North Korean missiles as “left of launch,” meaning to “strike an enemy missile before liftoff or during the first seconds of flight.” Such an approach could be conducted “at a tiny fraction of the usual cost” and not rely on “expensive interceptors” of missile-defense systems after “swarms of warheads had been released.”

It’s unclear from the article whether Obama initiated the program or expanded a program inherited from George W. Bush. The authors credit the covert program for causing North Korea’s military rockets to “explode, veer off course, disintegrate in mid-air and plunge into the sea.” Pyongyang’s missiles suffered a much higher test launch failure rate than did the Soviet missiles that formed the nucleus of the North Korean programs.

According to Sanger and Broad, Obama concluded in 2014 that “the $300 billion spent since the Eisenhower era [on missile defense] had failed the core purpose of protecting the continental United States,” citing a high failure rate for the ground-based interceptors based in Alaska and California. As a candidate, Barack Obama called ballistic missile defense programs “unproven” and vowed to cut them. Yet, in April 2013, Obama reversed his previous decision to cut construction of fourteen additional ground-based interceptors in Alaska and the deployment of a sea-based warning radar. Both of these were reversals of previous Obama decisions to cut or mothball capabilities to defend the United States. Obama claimed his reversals were due to an unexpected, sudden acceleration of the North Korean missile threat. But the threat had been long known. The intelligence community published an unclassified estimate in 2001, which predicted that North Korea could be capable of threatening the continental United States with an intercontinental ballistic missile before 2015.

How effective was the cyber operation? Can the United States take credit for Pyongyang’s spectacular failures, which delayed “by several years the day when North Korea will be able to threaten American cities with nuclear weapons?” Or were North Korean incompetence, poor quality manufacturing and gremlins inherent in new, complex weapons programs to be blamed for the missile program’s teething problems? The answer is likely unknown, perhaps even to the denizens of the highly classified intelligence community.

North Korea’s nuclear and missile capabilities are already an existential threat to South Korea and Japan. North Korean leader Kim Jong-un is pushing forward rapidly to deploy missiles that could target U.S. bases in Guam and continues to develop a nuclear-tipped ICBM to threaten the American homeland.

During Kim’s four-year reign, Pyongyang has conducted more than twice as many missile tests as his father Kim Jong-il did during seventeen years in office. The accelerated pace of North Korean nuclear and missile tests reflect Kim’s intent to deploy a spectrum of missile systems of complementary ranges to threaten the United States and its allies.

Despite the U.S. covert operation, North Korea increased the frequency, sophistication and success rate of its nuclear and missile tests in 2016. In addition to two nuclear tests, North Korea has successfully tested an intercontinental ballistic missile, achieved breakthrough successes in the first flight tests of a road-mobile intermediate-range missile and a submarine-launched ballistic missile, upgraded medium- and short-range missiles, and successfully tested re-entry vehicle technology, a new solid-fuel rocket engine, and an improved liquid-fuel ICBM engine.

It has been more than three weeks since North Korea launched a new solid-fueled mobile missile in violation of UN resolutions and brazenly assassinated Kim Jong-nam, the half-brother of North Korean leader Kim Jong-un, using a chemical weapon of mass destruction in a crowded civilian airport in Malaysia. Pyongyang recently launched another salvo of four missiles over the weekend, three of them entering Japan’s economic exclusion zone. But the Trump administration has yet to react. President Donald Trump described North Korea as a “very dangerous problem for the world.” “We’re very angry at what [Kim Jong-un has] done,” he declared. Responding to Pyongyang’s earlier missile test, Trump vowed to “deal with that very strongly,” while U.S. Ambassador to the United Nations Nikki Haley said, “It is time to hold North Korea accountable—not with our words, but with our actions.”

Although the new administration is still conducting its North Korea policy review, it should have been able to swiftly enact an appropriate response to Pyongyang’s recent belligerence. In February, the Trump administration replied to an Iranian missile launch by imposing sanctions on twenty-five individuals and companies connected to Iran's ballistic missile.

Image: A propaganda poster is on display in North Korea. Flickr / Tormod Sandtorv