The Truth About Sanctions Against Russia 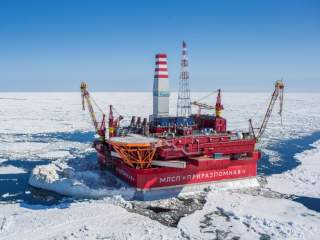 The extension of sanctions against Russia by the EU and their expansion by the United States demonstrated that the restrictive measures will remain in place for the foreseeable future. However hard for the Russian economy, the sanctions have not delivered a devastating blow, which could have led to a significant change in Kremlin policy. These measures were arguably not created to ruin the Russian economy, which is too large and important for the world to do without. The sanctions were designed to warn Russia against foreign policy actions that the West does not agree with. Instead, they became a crash course for Russian policy makers and elites, reminding them that for Russia to truly secure an independent standing in international relations it should be ready and able to withstand international pressure, especially in the economic sphere.

Since the start of Western sanctions against Russia it has been obvious that the measures are not as severe as they could have been—and for good reason. Consider the sanctions leveled against the Russian energy sector: among other things, they have been aimed at reducing financing options for Russian energy companies and preventing them from developing complicated offshore and Arctic projects. Both spheres play a very important role in strategic planning for these companies, but the restrictive measures did not harm much of their current operations. The reason is simple: Russian companies supply, according to different estimates, up to a third of the EU’s natural gas and oil demand. In such situation, any immediate or devastating measures against these companies can hardly be expected.

At the same time, with sinking oil prices, it would be difficult to argue that the sanctions do not harm the strategic perspectives of Russian energy companies and, as such, put a drastic pressure on the Russian economy as a whole—which is still very dependent on energy exports, although less than before. More importantly, after the sanctions were confirmed by the United States and the European Union at the end of 2015 it became clear that this pressure is here to stay.

Only a few months ago, several Russian and foreign insiders thought that with the fragile ceasefire more or less holding in eastern Ukraine, and with many European companies discontented by profit loss due to the sanctions, the restrictive measures would be lessened—at least by the EU. One can recall the Paris talks in the “Normandy Four” format in October, which de facto confirmed the continuation of the Minsk process into 2016. At the same time, the leadership of Lugansk and Donetsk People’s Republics postponed their elections, opening the possibility of holding them within the Ukrainian legal space. The latter would be a step in the direction of reconciliation. But, when extending and expanding the scope of sanctions, the EU and the United States did not take into consideration the improvement and stabilization of the situation in Eastern Ukraine.

It should come as no surprise: the political elites in Europe and the United States have attached so much political significance to the sanctions that the sanctions have become irreversible, at least without a significant move on the part of Russia. Since there are no signs that Moscow will, for example, reverse its decision on Crimea, one cannot expect an end to Western sanctions against Russia any time soon.

This means that for the Kremlin, the sanctions have become a permanent factor in decision making, and make other domestic and international problems more severe. Those include the question of whether Russia has loyal allies who can help. It has become obvious that, on the one hand, even Russia’s business partners in Europe cannot assist it in dealing with the sanctions. In the last months of 2015, the world saw how Germany wanted to have it both ways, attempting to continue implementing North Stream 2 while keeping the sanctions in place. Italy, deprived of natural gas from the South Stream after the crisis in relations between Russia and the West started in 2014, became frustrated by German actions, but to no avail.

On the other hand, it is not clear how much support Moscow will receive from Beijing on various issues. Certainly, China might need Russian natural gas and oil, but how far can this cooperation go? Even in terms of expanding buyers for Russian energy resources, Moscow needs to diversify its partners in Asia—if China becomes the chief client in the region and cooperation with the Europeans decreases, will Beijing be able to dictate the terms of cooperation to Moscow?

In Russian domestic policy, Western sanctions also increased pressure on the Kremlin to act on many fronts. For years, businessmen, officials and experts have been discussing the investments needed to modernize Russia’s energy sector. But with high oil prices there was no major incitement to modernize: why bother when profits are easy and high? Now, not only has the price of oil gone down, but Western sanctions, including the ban on energy-related services, equipment and technologies, are not going anywhere. Only in November 2014, after Western sanctions were imposed, did the Russian government approve a plan of measures to decrease the Russian energy sector’s dependency on imports. This was done after years of discussion and a broad consensus that the measures were long overdue. Would have they been implemented without the presence of sanctions? As of December of 2015, subsequent measures, necessary to support the domestic production of equipment for offshore production, were still being discussed. The United States and the European Union may expand the list of sanctioned services, equipment and technologies anytime. Therefore Russian companies, with the support of their government, should act fast to get the necessary technologies (maybe through cooperation with Asian companies) and use them to modernize.

Furthermore, the majority of sectors that Russia needs to develop and grow its economy can fall prey to Western sanctions. Are they ready to withstand this kind of pressure? Do Russian companies in those sectors have enough partners in Asia, in case they need access to international know-how or services if they become the target of Western sanctions?

There is a broader question: How mature is the Russian economy to weather further Western reactions to a more assertive Kremlin foreign policy? In the twenty-first century, it is impossible to build a strong economy providing decent living conditions for one’s population while in international isolation. This fact is understood in the Kremlin—during a meeting with business leaders on December 24, President Putin said: “To expand the capabilities of national businesses we also intend to develop economic ties with other countries and take part in integration processes.” But this task will be far more difficult to achieve against the pressure of Western sanctions, which do not seem to be going anywhere.

The curious student of history and international relations may still wonder what is the real reason for these sanctions: disagreements over Ukraine, or Western concerns over a more assertive Russian foreign policy and the prospect of Russia becoming a full-scale power center in international relations? In reality, such alternative reasoning does not exist: Russia’s expectation of having its position on Ukraine acknowledged by the West shows that a more assertive Russia is already here.

After Russia claimed its right to a more assertive foreign policy, its economy has found itself in a far more challenging international environment. So far, it has not been completely broken, and Russian society seems ready to endure harsher economic conditions for the benefit of a more ambitious foreign policy course: at least 59 percent of Russians support the country’s foreign policy. But this endurance challenge is set to continue at least for the coming year. The Kremlin has no choice but to further implement the measures necessary to build an economy adequate for a country aspiring to be a true power center in current international relations.