The Truth about the America First Movement 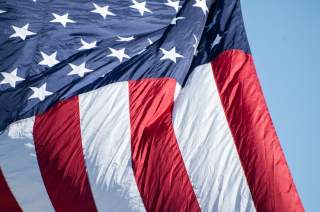 Only days after America’s entry into World War II, British Prime Minister Winston Churchill offered his new American allies some advice. “War is a constant struggle and must be waged day to day,” Churchill counseled. “It is only with some difficulty and within limits that provisions for the future can be made.”

It was an axiom that Charles A. Lindbergh, the famed-aviator and the most recognizable spokesperson of the America First Committee would have agreed with.

Right up until the eve of the Japanese attack on Pearl Harbor, Lindbergh, the America First Committee and a cadre of noninterventionist leaders in the Congress spearheaded the political opposition to efforts to trim the official U.S. stance of neutrality in the war.

Although the term “America First” has been resurrected in the 2016 presidential campaign, its historical origins have been buried under years of American politics and sketchy history. The America First movement has been described as isolationist, anti-interventionist, anti-Semitic, xenophobic, and a bunch of know-nothings. That narrative fails on several levels.

Like any mass political movement, America First was an amalgamation of groups and fellow travelers who sometimes shared little more in common than an opposition to America’s entry into the war. The ranks of the antiwar movement included pacifists and communists (at least until Germany attacked the Soviet Union in 1941), wild-haired liberals, straight-laced conservatives and everything in between.

The antiwar movement was far from homogenous. For instance, in January 1941 Lindbergh issued a press statement distancing himself from the No Foreign Wars Committee headed by the journalist Verne Marshall and pro-Nazi businessman William Rhodes Davis. Lindbergh had helped the group get started, but then cut ties over Marshall’s volatile leadership and vitriolic attacks, including swipes at Lindbergh and other leaders in the America First Committee.

Further, while the America first crowd could be fractious, it was hardly a fringe political movement. Right up to the US entry into World War II, the majority of Americans supported the group’s basic aim. Even as war looked more likely, Lindbergh argued it was not what Americans wanted. “The pall of the war seems to hang over us today. More and more people are simply giving in to it. Many say we are as good as in already. The attitude of the country seems to waver back and forth,” he wrote in his diary on January 6, 1941. “Our greatest hope lies in the fact [that] eighty-five percent of the people in the United States (according to the latest polls) are against intervention.” Right up until the day of Pearl Harbor, many Americans sided with Lindbergh.

Most importantly, the core of the America First movement was not ideologically isolationist or antimilitary. Lindbergh, in particular, based his opposition to the war on a strategic assessment of how best to weather the great storm. In fact, he wanted a significant American military build-up. An expert in airpower, he believed that a combination of beefed-up air defense and a robust strategic bomber force could keep the enemy at bay.

There was an honest debate to be had about whether America should fight at all. Not surprising, though, it became—like many policy debates through the ages—highly partisan, bitter and personal. Lindbergh was accused of being a Nazi sympathizer. Meanwhile, some Congressional leaders like Sen. Gerald Nye (R-N.D.), an avid America Firster, charged “the Jews in Hollywood” with being hell-bent on dragging America into the war by making films like Sergeant York.

But the biggest problem with the anti-interventionists’ case wasn’t the vitriolic rhetoric, but that way the war evolved; it undercut the strategic rationale of Lindbergh’s vision of continental defense. By 1941, Lindbergh argument was on demonstrably shaky ground. Months before Pearl Harbor, it was becoming quite apparent that, if the United States had to fight against multiple foes without any major allies, even just defending the Western hemisphere or the continental United States (options favored by anti-interventionists like Lindbergh) was increasingly impractical. Serious military planners in the services had already discounted such options.

On reflection, considering the global visions of Axis Powers, that was the right call. The Japanese high command land-disposal plan alone called for Tokyo to control East Asia, the Pacific Ocean and parts of the Western Hemisphere including lands in Latin America and the Caribbean. It is difficult to imagine how the United States could have endured as a free and independent nation surrounded by hostile powers that controlled most of the earth’s population, productive resources and major trade routes.

That said, it is worth remembering that Lindbergh’s arguments were, at their core, strategic ones—not a fixed formula for what America should always do. Lindbergh was just interested in determining a course of action that put the interests of Americans first. Arguably, he did what good strategic leaders should do—try to do the right thing for the right reasons. The opposite of Lindbergh was not President Roosevelt or Prime Minister Churchill, both of whom shared Lindbergh’s passion for determining how to guide their nations in weathering the great storm of war, but “strategists” like Obama who have a fixed course for how to deal with the world, regardless of the actions of adversaries, the input of allies or what conditions on the ground might dictate.

Lindbergh was no slave to doctrine. Days after Pearl Harbor, he wrote in his diary, “I can see nothing to do under these circumstances except to fight. If I had been in Congress, I certainly would have voted for a declaration of war.” Many of the leaders of the America First Committee volunteered to serve in the armed forces. Lindbergh managed to find ways to contribute to the war effort, even flying combat missions in the South Pacific.

In some ways, Lindbergh’s anti-interventionism was of a piece with George Washington’s warning in his farewell presidential address of the need to avoid “entangling alliances.” Each man was arguing for the strategic option that he thought right for the time, not an immutable rule of foreign-policy law.

America’s next president will face daunting challenges—particularly in the three parts of the world that impact US vital interests most—Asia, Europe and the Greater Middle East. He or she will need a serious plan to reassert American influence in all three regions.

What the next president will find is that there are few axiomatic answers for any strategic problem from dealing with dictators to managing civil-military relations. America needs a president who is a principled strategist first—one who does the right things for the right reasons—and does put America first. No president can succeed by dogmatically dealing with the world as he or she envisions it might be. The Commander in Chief and the National Security Council must deal with the world as it is.