The Truth, the Trial and the North Korean Trojan Horse 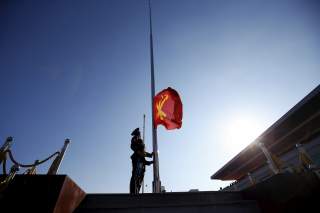 The past week saw new developments on the Korean Peninsula. The meeting last week between Kim Jong-un and the South Korean delegation led by National Security Advisor Chung Eui-yong and Chief of the National Intelligence Service Suh Hoon resulted in plans for an inter-Korean summit to be held in late April and a U.S.-North Korea summit to be held by May.

The last few months reflect the strength of the U.S.-South Korea alliance (though in an unprecedented and arguably in a less than ideal way), where the combination of President Moon’s openness to engagement and Trump administration’s hardline strategy seemed to have worked (though people will give more credit to one over the other), particularly as North Korea seems to be desperate free itself from the tough economic sanctions so that it can secure aid and concessions for economic buoyancy.

At the same time, the course of developments could have been according to North Korea’s plans, where it pushed forward with the development of weapons of mass destruction (WMD) to a certain level by end of 2017 while testing the limits of the United States’ maximum pressure campaign, then used the conciliatory gestures by South Korea as an exit ramp.

Whether it be one or the other, or both, Pyongyang maneuvered out of the dire consequences it faced.

Over the past few months the North Koreans have put on a display of conciliatory measures for dialogues. In February, North Korea sent a delegation to the Winter Olympic Games in Pyeongchang led by Kim Jong-un’s younger sister Kim Yo-jong and the nominal head of state Kim Yong-nam. They flashed their smiles in various events and meetings. Then, last week, North Korea hosted the South Korean envoy with a VIP treatment, during which time Kim Jong-un expressed his understanding of the U.S.-South Korea military exercises, agreed to hold the inter-Korean summit in Panmunjeom (making Kim Jong-un the first North Korean leader to step on South Korean soil, and his first trip outside of North Korea since assuming his leadership), and made clear that he was willing to sit down with President Trump.

Of course, North Korea’s charm offensives have a track record of being diplomatic Trojan horses. The fact that it was Pyongyang that was forthcoming in its calls for dialogues indicates that it has a certainly level of confidence that things will go its way. Even in domestic politics, North Korea’s gestures will be propagated as Kim Jong-un’s big heart and courage in reconciling with the South Koreans while diplomatically taking on the United States. North Korea is indeed an isolated socialist monarchy that belts out eccentric propaganda, but the regime is well tuned-in to what’s going on, and it is carefully planning and preparing its strategies to prove that it is the master of “all options on the table.”

The big question is: what will the North Koreans demand in return for their flexibility? Indeed, Pyongyang hinted at possibly discussing eventual denuclearization. But North Korea’s nuclear-missile program is a culmination of efforts since the 1960s to strengthen and fill the vulnerabilities in the Korean People’s Army (KPA), and it has finally reaped the benefits in recent years under the auspices of Kim Jong-un’s byungjin doctrine with the supposed ability to strike the mainland United States. Thus, for North Korea, the WMD project is not only pivotal to strengthening its military, but an achievement so great that the regime rests its political credibility on it.

Moreover, even if North Korea does refrain from conducting nuclear or missile tests during the period of dialogues, that does not translate into a slowdown in Pyongyang’s WMD program. North Korea is now confident with its arsenals after conducting a series of tests over the past couple of years. Thus, a moratorium—or at least a slowing pace in tests—benefits Pyongyang because then it can save its resources (and missile assets) and focus on mass production of its arsenals to further enhance its military leverage.

Given the significance of WMDs to the North Korean regime, it would take much for Kim Jong-un to sacrifice them. For North Korea, an absolute security agreement would be the only condition under which it would even consider denuclearization. Yet such an arrangement would not just include a promise by the United States to refrain from preemptive or preventative attacks, but also a lifting of all UN and bilateral sanctions. North Korea would also seek a normalization of ties with the United States and a peace treaty that requires compensation, divorcing the alliance with South Korea, a withdrawal of U.S. forces out of the Korean Peninsula and Japan, and a toning down of the U.S. role in international security.

If at any point North Korea feels that its interests are not being met, or feels that its talking mood has been spoiled, then it would return to its modus operandi of brinkmanship diplomacy. The revival of tensions of any kind will ignite a volley of “I told you so” barbs, not only by the United States and North Korea, but also by the conservatives in South Korea. Pyongyang will claim that it offered an olive branch only to watch Washington throw it away. At the same time, the United States will argue that diplomacy has failed yet again, and that maximum pressure is the only plausible way. In South Korea, the conservatives along with some moderates will argue that rapprochement did nothing but make excessive compromises to the North at the expense of the South, giving less flexibility for the Moon government in engaging with Pyongyang. Japan will also chime in, largely seconding the United States’ claims while adopting sharper measures to deter and defend against the threat posed by North Korea.

Should the above scenario unfold, we’ll be back to a conflict scenario but on a higher level. North Korea could dare to enter the new round of saber-rattling, but it could also consider a more cautious tactic by leaving the door open for dialogue, while creating and exploiting discords in the alliance, and soldiering on with strengthening the KPA. Any dialogues and negotiations that North Korea enters will be long, sluggish, and frustrating, not to mention the various requests for aid and concessions that Pyongyang would make along the way.

Thus, it is critical to ensure that the United States, South Korea, and Japan are in lock step, ensuring consistent communication and coordination to ensure regional security on consensual terms with a balance of both sticks and carrots. South Korea deserves much credit for bringing the North into the two summits. The diplomatic efforts could be further complemented if Japan also holds a summit with North Korea. But while dialogues are essential, they should not come at the expense of efforts to strengthen trilateral security cooperation between the United States, South Korea, and Japan to deter and defend against any threatening actions by North Korea. In addition, the United States, South Korea, and Japan should also connect with China and Russia to ensure that they play their roles in preventing misbehaviors by North Korea. Failures in trilateral coordination and cooperation would only give North Korea more opportunities for exploitation.

Although many people may have a sighed in relief that the temperature on the Korean Peninsula has cooled, nobody can afford to be complacent. The crisis is far from over, and we certainly don’t want to revert to inching towards war. Dialogues are a step forward, but they are the means, not ends. Regional stakeholders should take advantage of this rare opportunity to dig into Kim Jong-un’s intentions. That insight will allow them to devise better strategies and defuse the threat posed by North Korea. Letting this opportunity slip away would only lead to another cycle of provocative action-reaction with possibly more dire consequences.