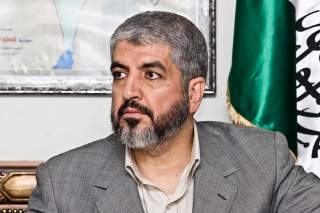 Last week, Israel’s Foreign Ministry praised Qatar for purportedly expelling Hamas leader Khaled Meshaal from Doha. The announcement came shortly after CNN cited reports from a Hamas news agency indicating that Meshaal was to be expelled and was probably headed to Turkey.  Within hours, however, CNN changed its story, issuing a correction on Twitter that read “sources close to Hamas—not news agency—say Qatar expelled Khaled Meshaal; Hamas official denies it.”

It is still possible that Khaled Meshaal is on his way out of Doha. Indeed, a writer considered close to Hamas stated that while the news about Meshaal leaving Qatar was not exactly correct, he did not rule it out. He only denied that the departure of the Hamas politburo leader would be the result of recent exchanges between Qatar and Egypt in an ongoing effort to deescalate tensions between the two countries.

Amidst all of this uncertainty, only one thing is clear: if Meshaal is not long for Qatar, his next stop is almost certainly Turkey.

Meshaal made a surprise appearance in Turkey on December 27 for the annual congress of the ruling Justice and Development Party (AKP) in the deeply conservative town of Konya. Meshaal, appearing holding hands with Prime Minister Ahmet Davutoglu, fired up the adoring crowd of Islamist politicians, calling for greater Turkish-Palestinian cooperation in the “fight to liberate Jerusalem.”

Ties between Ankara and the Palestinian terrorist group have been growing stronger since the ill-fated flotilla in 2010, which led to clashes between pro-Hamas activists and Israeli commandos on the high seas. Since then, more than a dozen Hamas operatives have established their base of operations in Turkey. This includes Saleh al-Arouri, the founder of Hamas’ armed wing (the Qassam Brigades) in the West Bank. Arouri claimed responsibility on behalf of the group for the abduction and murder of three Israeli teens last summer.  It also includes Imad al-Alami, Hamas’s long-serving envoy to Iran, who Treasury placed under sanctions for terrorist activity in 2003.

Turkey even appears to be the home of two Hamas financial figures. According to a September article from the Kuwaiti newspaper al-Seyassah, Bakri Hanifa plays a significant role in an ongoing financial operation to move “tens of millions of dollars” to Turkey from Qatar. From Turkey, according to the Seyassah report, the funds were then sent on to Hamas’ political and military wings. The report claims that Turkey actually disclosed this information to the United States, as Washington’s concern has mounted over Hamas activities in Turkey.

Another key financial figure for Hamas in Turkey appears to be Maher Ubeid. A 2011 report in Palestine Press News Agency, a website typically affiliated with the ruling Fatah faction, alleges that Ubeid is a Hamas financial operative who receives funds from Turkish official sources and transfers them to Hamas in Gaza via Turkish money changers. The report does not specify which official Turkish sources provide the funds. It is worth recalling, however, that in December 2011, Palestinian news sources reported that Turkish President Recep Tayyip Erdoğan, then prime minister of Turkey, “instructed the Ministry of Finance to allocate $300 million to be sent to Hamas’s government in Gaza.”

In short, Turkey is already a headquarters for Hamas. It would only be natural for Meshaal to head there next.

But even the exodus of Meshaal would not mean that Qatar would cease to act as a Hamas patron. The country would still be host to a dozen or so senior Hamas operatives, several of whom have personally directed terrorist cells planning attacks in the West Bank. Qatar would still be home to Sheikh Yusuf Qardawi, who continues to act as a religious guide for Hamas, providing justification for its acts of violence. And the state-owned Al Jazeera television station has given no indication it will stop its steady stream of propaganda on behalf of Palestinian terrorist groups such as Hamas, as it did during this summer’s 50 day war with Israel.

Last month, Qatar and Turkey inaugurated a bilateral “Supreme Strategic Committee.” This was an agreement to jointly pursue aggressive foreign policies that the two countries have embraced separately for the better part of a decade. Hamas is undeniably a significant part of that joint agenda, which means that it matters little which Hamas headquarters Meshaal ultimately chooses to call his home.

Jonathan Schanzer is vice president for research at Foundation for Defense of Democracies, where David A. Weinberg is a senior fellow focusing on Gulf affairs.