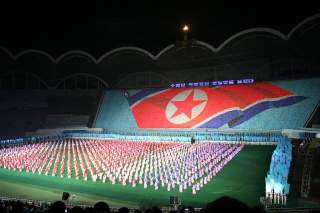 In North Korea, Kim Jong-un appears to rule supreme. There is no talk of collective leadership, competing coalitions or personal limitations. Most of those at the political summit five years ago when his father died are gone—dead, purged or missing.

Kim has done what many of us thought impossible: take and keep control in one of the world’s most dangerous political snake pits. His father spent far less time preparing the way for Kim than his grandfather had for his father. And Pyongyang was filled with party apparatchiks, military officers and skilled technocrats who had waited more than six decades to supersede the Kim dynasty. To many, uncle Jang Song-thaek looked like a more plausible figure to end up on top, having married into the Kim family, served both Kim Il-sung and Kim Jong-il and acquired substantial influence after the latter’s stroke.

But the young Kim, about to turn only 33 in January, skillfully and sometimes brutally purged the various mentors and minders chosen by his father. Scores of top officials, most dramatically Jang, have been executed. And while elite dissatisfaction is evident from occasional high level defections, nothing suggests sufficient opposition to oust Kim or overthrow the system. In fact, he has shifted power back from the military to the Korean Workers’ Party, highlighted by a party conference earlier this year which cemented his control.

His dress, hair style and girth mimic his grandfather more than his father. That’s almost certainly conscious, since Kim Il-sung retains popular respect as the nation’s founder, while Kim Jong-il is remembered for the North’s worst crisis, the famine of the late 1990s that killed a half million or more people. Kim Jong-un lacks a title similar to “Great Leader” for Il-sung and “Dear Leader” for Jong-il, both of which were spoken reverently by even high-ranking officials. I proposed “Cute Leader” for Jong-un, but it never caught on. However, he obviously is as serious about governing as were his dynastic predecessors.

Indeed, he may prove to be more successful than either of them. Kim Il-sung founded the Democratic People’s Republic of Korea, but only after being selected by the Soviet occupation forces. The elder Kim started the Korean War, during which his armed forces almost overran the Republic of Korea, but after Washington’s entry in the war only massive Chinese military intervention saved his regime. He effectively consolidated power and embarked upon a nuclear program, but when he died his country was otherwise backward and headed toward crisis.

Kim Jong-il implemented a military first policy and shifted power from the KWP to the autonomous Defense Commission. However, state authority withered as the regime proved unable to feed its people. People looked to personal effort and private markets for survival. Many North Koreans fled to China and ultimately South Korea. Kim took his country further along the nuclear path, but offered little beyond.

Kim Jong-un is pushing his “Byungjin” strategy, both economic development and nuclear weapons. Despite international opprobrium and sanctions, even by the DPRK’s onetime allies Beijing and Moscow, he appears to be succeeding. Missile and nuclear tests continue, suggesting that Pyongyang has made greater progress than foreign experts had expected. By some estimates he could have fifty to one hundred nuclear weapons by 2020.

The economy also is growing, perhaps by two or three percent a year. The base remains very low, almost nonexistent in many rural areas. Nevertheless, the turnaround is dramatic from the famine of only a couple decades ago. In Pyongyang, the “donjo” or “masters of money” have made their appearance. Members of this relatively prosperous class, many involved in private market activities, are unafraid to flaunt their wealth. And this has occurred despite steadily tougher economic sanctions imposed by the United Nations, United States and South Korea.

Which suggests that the Trump administration will find itself facing an ugly reality. First, a relatively secure Kim Jong-un in control of a reasonably stable North Korean state. Second, a slightly more prosperous North Korea able to give the nomenklatura enough material goods to maintain elite commitment to the regime and loyalty to the Kim dynasty. Third, a military capable of striking U.S. bases and eventually the American homeland, creating a genuine nuclear deterrent to Washington.

What to do? More of the same is likely to deliver more of the same results. Not negotiating has not slowed DPRK military activities. But negotiations appeared to have little more effect. And today virtually no one believes that Pyongyang is inclined to voluntarily yield up its nuclear program, irrespective of the incentives offered.

While sanctions could be further stiffened, without Chinese enforcement they will not cripple the regime or force it to change course. Moreover, in the unlikely event that Beijing agreed to something akin to “bone-crunching” penalties, Kim & Co. still might resist, with extraordinary hardship for average North Koreans and the potential of a catastrophic collapse with equally catastrophic consequences (loose nukes, factional fighting, mass refugee flows, Chinese military intervention).

The president-elect said he wants Beijing to solve the North Korea “problem.” Unfortunately, he assumes the People’s Republic of China has more influence than it does in Pyongyang: North Korea and the PRC might rightly be called frenemies. The DPRK long has resisted the “fraternal” advice coming from its big brother.

In any case, China has no incentive to promote regime change for America’s benefit, which would risk a North Korean implosion and ultimately a reunited Korea allied with America hosting U.S. troops on the Chinese border. A deal would have to be struck, and that would require American and South Korean concessions. Even then the North might resist Chinese economic pressure, with the potential for a messy collapse.

Military strikes, once planned by Assistant Secretary of Defense Ashton Carter for President Bill Clinton, remain an option, but would be a wild gamble, especially with the Seoul-Inchon region—South Korea’s commercial, political and population heart—so close to the border. Although the DPRK would lose any war, it could cause horrendous casualties before succumbing. Yet the great achievement of America’s military presence for the past six decades has been to prevent precisely such a conflict from occurring.

Necessary is a new approach. Propose negotiations, including bilateral talks between Washington and Pyongyang, over more limited issues, such as restrictions on nuclear activities, conventional weapons pullbacks, other confidence-building steps and diplomatic recognition. Offer a benefits package that addresses the North’s security as well as economic requirements, taking into account America’s proclivity to wage wars for regime change. Develop a common front with the PRC against the North which serves both America’s and China’s interests. Prepare tougher targeted sanctions. And contemplate how to deal with a nuclear North Korea if the foregoing fails to halt Pyongyang’s plans.

In an imperfect way, Kim Jong-un is doing what his father and grandfather refused to do: listen to the Chinese and institute economic reform, while maintaining tight political control. After all, that was how Deng Xiaoping set China on its present course. Alas, Kim also is determined to possess nuclear weapons. After only five years on the job, he is well on his way to achieving a nuclear armed state with better economic development.

As such, North Korea is likely to pose one of the most difficult challenges for the Trump administration. It won’t take long for President Donald Trump to discover that sloganeering isn’t likely to prove nearly as useful as president as it did as presidential candidate.