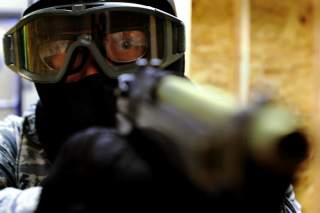 “A foolish consistency”, Ralph Waldo Emerson famously quipped, “is the hobgoblin of little minds.” That may be true, yet it is also true that inconsistency can be a leader’s Achilles’ heel, and a tragic flaw that exacts an exorbitant political price. Nowhere is this more apparent than in the case of Obama’s foreign policies—the zigzags, reversals and inconsistencies of which elicit unrelenting criticism from friend and foe alike. A recent piece in the Chicago Tribune alleged that Chuck Hagel was ousted for no faults of his own, but rather as a scapegoat, whose dismissal came to cover Obama's confusion in Afghanistan and Iraq. Former secretary of state Hillary Clinton, and former rep. Jane Harman, not to mention a broad range of Republicans, characterized Obama’s foreign policies as “murky”. Whether it concerns the U.S. policies in the Middle East, Russia, Iran or China, the chorus of critics and naysayers is strident; its central message is that U.S. foreign policy is breaking down on the shoals of inconsistent strategy, and that Obama is failing in his quintessential role of commander-in-chief.

Though the facts on the ground are what they are, they do not necessarily warrant the outpouring of condemnation that Obama’s foreign policy is receiving. Rather than describing it pejoratively with terms like “muddle,” “incoherence” or “confusion,” one might depict U.S. foreign policy moves as “flexible,” “pragmatic” or “prudent.” After all, beyond the vague cry for coherence, there is precious little that the critics offer in the way of concrete suggestions. And whenever specifics are mentioned, they typically concern increased deployment of the American military, despite the realization—by now, a truism—that none of the current global crises have a military solution; moreover, if the last decade has taught us anything, it is that the use of force, beside its horrendous costs in lives and dollars, often creates more problems than it solves. Why, then, the landslide of negativity and criticism heaped upon Obama’s dealings in the foreign-policy arena?

The answer, this article argues, lies not in objective realities, but in psychological needs that animate political publics, and in particular, in the need for cognitive closure. The need for closure is a universal human motivation; it is the craving for certainty and predictability. When uncertainty strikes, craving for closure

mounts; so do people’s demands of closure from their leaders and their abhorrence of politicians whose views and policies undermine closure.

Unsettling world events, existential dangers, catastrophes, disasters and economic downturns induce substantial need for closure in individuals. When U.S. research participants were reminded of the 9/11 attack on the Twin Towers in NYC, their need for closure was significantly heightened. In Holland, individuals’ need for closure was strongly connected to the percentage of Muslim immigrants in one’s neighborhood, perceived as a threat. Another study found that individuals with high need for closure much preferred decisive, consistent leaders, whereas those with low need preferred flexible, open-minded leaders. And when the DHS color-coding system was in place, the yellow, orange or red codes that signal unknown danger and existential uncertainty prompted significant spikes in approvals for George W. Bush, a decisive leader if ever there was one.

The demand for certainty-affording leaders in the time leading up to World War II catapulted to power the confident Winston Churchill in place of the hesitant Neville Chamberlain. And George W. Bush ran a successful campaign against John Kerry, portraying Kerry as an inconsistent “flip flopper” who fails to “stay the course.” Intriguingly, the public’s need for closure privileges politicians who themselves experience high degrees of such need. These tend to be overconfident individuals who ignore valuable information if it contradicts their preconceived notions. Closure-providing leaders like Churchill might lead well, but they might also court disaster. The historian Barbara Tuchman, in her book March of Folly, recounts a string of avoidable debacles, “from Troy to Vietnam,” attributed to leaders’ cognitive blinders. The tragedy of Pearl Harbor was of that ilk; so was Hitler’s operation Barbarosa that nearly brought the Soviet Union to its knees; as was the Yom Kippur “surprise” of 1973, sprung on Israel by Egypt and Syria, that shook the Jewish state to its foundations.

Ironically, the same need for closure that promotes the adoration of decisive leaders also creates the committed radicals that those very leaders set out to fight. Indeed, the rise of fundamentalist Islam has been credited to premature industrialization that produced widespread uncertainty, hence prompting the search for simplicity and closure. The same mechanism seems at work behind European Islamophobia and the quick rise of European right-wing parties clamoring for “purity” and the return to former (often merely imagined) clarity and coherence.

Whether it induces radicalism or counter-radicalism, high need for closure produces premature “seizing and freezing” on unexamined ideas. It prompts mistaking one’s psychological distaste for ambiguity for the wisdom of a clear course of action, any course at all, as long as it appears definite and crisp. At times, however, closure-inspired activism can be much worse in its consequences than a tolerance of uncertainty. Time and time again, the U.S. public’s need for cognitive closure has aligned it behind policies of “doing something,” doing anything, just so as not to be doing nothing. This often has fostered disastrous quagmires, like in Vietnam, Iraq or Afghanistan. Sometimes it might be better to bide one’s time before making an irrevocable commitment under the pressure of closure-hungry critics. Sometimes “not doing stupid shit” is the best option, or at least not as bad as staying a course that is manifestly wrongheaded. The psychological quest for clarity and focus at any price might exact a heavy toll one would later regret. In our quick-changing world, flexibility and pragmatism in foreign policy may be wiser than entrenched idealism—even if not as glamorous.

Arie W. Kruglanski is a Distinguished University Professor in Psychology at the University of Maryland and a founding member of START, the National Center for the Study of Terrorism and the Response to Terrorism. Kruglanski is the author of  around 400 articles and books on motivation, judgment and decision making. Former editor of the Journal of Personality and Social Psychology (Attitudes and Social Cognition Section) and of the Personality and Social Psychology Bulletin, he is now heading a multidisciplinary MINERVA research effort  on radicalization and deradicalization funded by the Office of Naval Research; he is also currently serving as President of the Society for the Study of Motivation.