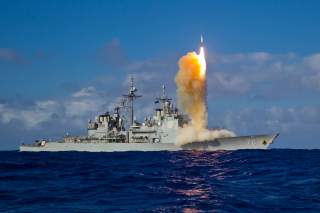 The flurry of news stories about North Korea’s latest salvo of missile tests gives Kim Jong-un the media coverage he craves and diverts attention from enduring strategic realities. Four extended-range Scud missiles are broadly construed to highlight Pyongyang’s inexorable march toward acquiring a long-range nuclear arsenal that will transform the balance of power in Northeast Asia.

The news is all the more jarring when surrounding powers are embroiled in their own domestic issues: impeached South Korean president Park Geun-hye is being implicated in a corruption scandal involving Samsung; the United States is convulsing over a mystery triggered by Russia’s interference in the American electoral process; and China is completing critical political proceedings enroute to the 19th National Congress of the Communist Party later this year.

We need to avoid manufacturing a crisis. Headlines tell us the “shocking” news that North Korea is apparently testing missiles aimed at U.S. and allied targets. Indeed, what did we think they were aiming at?

The United States has successfully deterred the major use of force by North Korea in the years following 1950. Rather than jumping to the conclusion that North Korea’s incremental gains in nuclear and missile technology will upset the basic logic of deterrence, we should soberly reflect on the stark reality that North Korea remains weak and isolated and the United States remains strong when working in concert with allies and partners. Accelerating the deployment of an additional layer of missile defense in the form of a Theater High Altitude Area Defense system makes enormous sense and is inherently defensive, despite self-serving complaints from China.

But the ultimate deterrent is not any one technology, but the political will and professional coordination between the United States and South Korea. The main point is to think about the enduring value of the United States alliance with the Republic of Korea, an alliance that President Donald Trump has made clear is “ironclad.”

Ironically, a former U.S. government official told me recently that he thought the U.S.-ROK alliance was on the cusp of ending. This longtime Korean hand was exasperated by the political tumult in both the United States and the ROK. But not only is his dire forecast wildly in error, he also fails to appreciate that a period of uncertainty—especially one punctuated by North Korean provocations—is precisely the time when professionals need to reflect carefully on the history, value and durability of Washington-Seoul relations.

Former British foreign secretary Henry John Temple (Lord Palmerston) once posited that countries have no permanent friends or allies, only permanent interests. Indeed, there is nothing foreordained about the perpetuation of the U.S.-ROK alliance. Certainly, one could imagine scenarios in which the alliance either ends abruptly or slowly withers away.

But resilient alliances are founded on overlapping national interests, and that is the sturdy basis of the U.S.-ROK alliance. Just as communist expansionism provided the cement joining the Western alliance system throughout the Cold War, North Korea has been providing the alliance raison d’etre ever since its 1950 invasion.

Shortly after that surprise attack, my late Uncle Richard Vachon, still in his late teens, parachuted behind the advancing North Korea forces and was one of only two members of his Army platoon to return alive. Forged in blood, with overlapping national-security interests, the U.S.-ROK alliance offers a compelling argument for why this relationship can withstand myriad changes in the political leaders of our two democracies.

Theoretically, alliances are latent military communities that come together to balance against a common threat and relax or disband when that shared challenge dissipates. But the U.S.-ROK alliance would probably survive even the demise of North Korea.

After all, the North American Treaty Organization did not vanish after the dissolution of the Soviet Union. To be sure, the alliance adjusted as many European states realized a peace dividend and shifted defense resources to domestic budgets. But now that Vladimir Putin’s revanchist appetite is backed by greater military muscle, free riding appears to be losing favor.

Some who think U.S.-ROK relations will be challenged by President Trump because of his calls for allies to shoulder greater burdens misunderstand the enduring importance Washington, DC attaches to alliances. It is possible to favor alliances and support adjustments to the division of costs and burdens within those alliances.

Harvard professor Stephen Walt, the author of a definitive book on how alliances form to balance threatening power, recently wrote that Europe cannot blame Trump for its lack of military capability. Senior U.S. officials have reaffirmed the importance of NATO, but they have simultaneously linked America’s commitment to the level of allied defense spending.

On the Korean peninsula, North Korea’s unremitting threat to unify the two Koreas by force—albeit this time backed by nuclear-tipped missiles—continues to ensure a shared overriding interest by democratically elected governments of various political ideologies in the United States and the ROK. So why would this former official and friend conjecture that the sky is about to fall on the alliance?

The main reason is that he believes governments are on the cusp of acting irrationally. That is, alliances endure based on common interests so long as officials in both capitals act on those interests. But why might officials in Seoul and Washington not act in their national interest?

Well, in an era of disruptive politics, the seemingly sensible national interest of the United States and the Republic of Korea could be subjugated by the emotional voices of populist and progressive voices.

In his recent book Powerplay, Georgetown University professor Victor Cha describes how the United States deliberately made the Republic of Korea over dependent on it. Washington officials were worried as much by further North Korean aggression as South Korean adventurism. President Syngman Rhee might entrap the United States in a war on the assumption that the United States would have no recourse but to defend its ally.

The election of President Trump has encouraged speculation about the possible abandonment of South Korea. Certainly, the libertarian rhetoric to the effect that South Korea is a free rider and does not require U.S. troops to defend it against a North Korea, which has a far smaller economy, has gained currency in some circles.

Then there is the speculation that the next South Korean government may be left-of-center and seek to revitalize inter-Korean cooperation and dialogue. That government may also try to facilitate balanced relations among China and the United States, while downgrading relations with Japan over unresolved historical issues. But this would hardly be the first time the United States has had to deal with a more progressive Blue House. Shared security interests kept the U.S.-ROK alliance strong during the Roh Moon-hyun-George W. Bush period, for instance.

But while the alliance is strong, the economic relationship may face bigger challenges should both the United States and South Korean turn more inward. Protectionist sentiment in the United States led President Trump to withdraw from the Trans-Pacific Partnership. Rhetoric from both countries could presage new tensions on revising the Korea-U.S. free trade agreement. Furthermore, bickering over trade could spillover into security burden sharing, especially since the two sides are soon to be begin renegotiating the special measures agreement determining cost-sharing for hosting U.S. troops in South Korea.

Assuming a constitutional court validates the impeachment of President Park this week, an election for a new president must be held within sixty days. Preserving strong ties between the U.S. administration and the next South Korean government will provide the most important contribution to deterrence and peace in Northeast Asia. If President Trump and the newly elected leader of South Korea are unable to forge the kind of relationship that Japanese prime minister Shinzō Abe and Trump have already begun to build, then there is a good chance trade protectionism and populism could undermine an otherwise strong alliance.

That would be bad for both economies and bad for the security outlook in Northeast Asia. So long as North Korea threatens the peace, the U.S.-ROK alliance should endure—that is, assuming that emotions do not undermine rationality. To further minimize the chance of irrationality triumphing, however, it is important to keep working on the economic, political, cultural and people-to-people aspects of bilateral relations.

In a fractious world with more distributed power centers, alliances are becoming more, rather than less, important to U.S. national security. And so long as North Korea continues to threaten the peace with an anachronistic feudal dynasty clinging to nuclear weapons, the U.S.-ROK alliance will remain Washington and Seoul’s major insurance policy.

Missile tests will continue to garner major headlines, and missile defenses are certainly part of the means to shore up deterrence. But the ultimate missile shield against North Korea is the U.S.-ROK alliance itself.

Dr. Patrick Cronin is senior director of the Asia-Pacific Security Program at the Center for a New American Security.