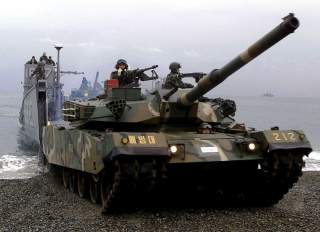 In a piece for the National Interest, Doug Bandow has argued that the United States should withdraw its troops from South Korea in order to save American lives and resources from being wasted on foreign soil as well as create incentives for Pyongyang to give up its nuclear weapons. Overall, Bandow’s argument is worth paying close attention to; however, I strongly oppose his views on the role of the U.S. troop presence in maintaining peace on the Korean Peninsula as well as his proposal for dealing with the nuclear issue with Pyongyang. Leaving Korea at this moment is not a wise decision to make regarding recent developments in North Korea’s nuclear capability.

Bandow’s argument rests on two major assumptions. First, he believes that Washington should not play the major role in the defense of prosperous and military advanced South Korea for doing so will exhaust America’s already stretched military budget; in addition, keeping American troops as a tripwire in South Korea will potentially draw Washington into conflicts with nuclear-armed North Korea. Second, withdrawing American troops will break the current deadlock in negotiations with North Korea over the nuclear issues since Pyongyang will no longer face direct threats from the South, and as a result, it may give up its nuclear weapons. At a glance, Bandow’s points may sound convincing; however, following his proposal would do more harm than good for the United States’ interests.

Since the end of the Korean War, American troops in Korea have been used for two major purposes: first to deter North Korean attacks and second to constrain South Korean unilateralism. This security structure has successfully prevented a few crises from erupting into full-scale wars, namely the North Korean attacks on Cheong Wa Dae in 1968, the assassination of the South Korean first lady in 1974 and the presidential assassination attempt made by North Korean agents in 1983 in Rangoon. In all cases, Washington succeeded in preventing Seoul from launching a counterattack thanks to the U.S. influence on South Korea’s military decision-making process.

A U.S. withdrawal would beyond all doubt create a vacuum of power on the Korean Peninsula, prompting North Korea to take on more provocative actions such as testing more missile and nuclear tests, attacking South Korean troops near the DMZ more often or shelling on the South’s ships and islands near the Northern Limit Line. In return, South Korea may respond militarily to avoid losing face, and if initial deterrence fails, the two Koreas will be drawn into another Korean War, an adverse prospect for future U.S. administrations. The U.S. should not worry about being drawn into a conflict with North Korea because the presence of American troops has effectively thwarted North Korean attacks in the first place. In addition, keeping American troops on Korean soil is cheaper than sustaining the same number of troops in America, which helps shoulder some of the budget burden from American taxpayers. Maintaining the presence of American military in Korea is undeniably beneficial to both America and South Korea.

Second, withdrawing U.S. troops will not result in any breakthroughs in negotiations with North Korea. Pyongyang’s nuclear bid does not originate from its fear of Washington’s threat; instead, it is the imbalance of power on the Korean Peninsula in Seoul’s favor that pushes Pyongyang to resort to nuclear capability. Even if Washington were to withdraw all its troops from South Korea immediately, the South Korean military would still be able to defeat Northern aggression (though a Pyrrhic victory). Moreover, with the absence of American military, miscalculations between North and South Korea will increase, which poses more threats to Pyongyang after than before U.S. troops’ withdrawal.

Pyongyang clearly understands these facts; thus, it finds no incentive to give up its nuclear program and confronts Seoul in the realm of conventional warfare. Moreover, American withdrawal does not guarantee that North Korea will not carry on with its nuclear programs. The collapse of the Agreed Framework, the Six-Party Talks and the Leap-Day Agreement should serve as a reminder of North Korea’s untrustworthiness; therefore, Washington must not make the same mistakes in future engagements with Pyongyang. In the meantime, the best way for the United States to curb North Korea’s nuclear program should be to enforce UN sanctions and persuade China to join forces, and this approach only works as long as the United States sustains its influence in the region. It is better to deal with the devil we know than the devil we do not know.

With the presidential election coming up, there have been many attempts to revise the current foreign policy. Taking into considerations Americans’ concern for their country being too overstretched amid domestic economic hardship, a strategy of offshore balancing should be suitable for dealing with North Korea. Offshore balancing advocates American desire to build up its military presence in Asia and encourages troop reduction in the European theater. This strategy will help save American resources from being spent in places where threats are not imminent while allows Washington to defend its security structure in East Asia and balance a rising China. With that being said, American security commitment to South Korea must remain strong and firm under any circumstances.

Khang Vu is an international relations analyst from New London, New Hampshire. The opinions expressed in the article are the author’s own. His other  writings have appeared in The Diplomat and East Asia Forum. The author would like to express deep gratitude to Mr. Tran Thanh Hai, Deputy Director-General of Institute for Foreign Policy and Strategic Studies, Diplomatic Academy of Vietnam for his help with the article.