The United Kingdom Post-Election: Breaking Up or Together Forever? 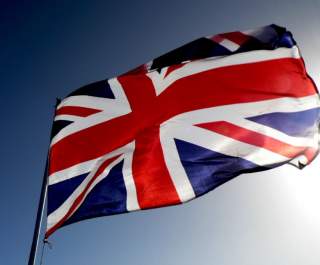 The UK is now in a brave new world of post–May 7 2015 election politics. This is an environment that is likely to be defined more by what happens in Scotland and Brussels than the traditional Tory-Labour rivalry. Consequently, Prime Minister David Cameron’s second term may be one of the UK’s most historic, considering the risks to national unity.

The Tories won close to 37 percent of the popular vote and an outright majority of 331 seats out of 650. Their main rival, Ed Miliband’s Labour Party, suffered its worst defeat in almost 30 years, finishing 99 seats behind the Conservatives.

Economics played a role in the victory. The UK is one of the fastest growing of the advanced economies and unemployment has fallen below much of Europe. According to the International Monetary Fund, the UK grew at 2.6 percent in 2014, while unemployment was 6.2 percent. In comparison, Euro Area growth was 1.5 percent and unemployment 10.2 percent. The Cameron government’s austerity policies have not been easy, but they have provided a degree of growth and the policy direction promises a slight loosening on the spending front.

Closely related to the strength of the Conservative economic record, Labour moved leftwards on the policy front, away from the Blair years’ more pragmatic approach and back to its more socialist past of the 1970s that stressed greater redistribution. Party leader Miliband’s attempted rebranding was a major stumble with British voters, some of whom who remember the calls for class warfare that ended in the Winter of Discontent of 1978-79.

Labour was also on the receiving end of a surge in popularity of the Scottish National Party (SNP). The SNP has clearly quickly regrouped from its September 2014 referendum loss under the leadership of its new energetic leader, Nicola Sturgeon. In contrast, Labour lost its message in Scotland, going from a clear majority of Scottish parliamentary seats to one lone seat. The SNP went from 6 seats to 56.

Two other noteworthy footnotes to the British election - the Conservatives fended off a challenge from the anti-immigration and anti-European Union UKIP (UK Independence Party). UKIP gained around 13 percent of the national vote and 1 parliamentary seat, but the Conservatives held their own and gained seats from former Liberal Democrats. This put the center-left Liberal-Democrats in crisis and out of the coalition they had formed with the Conservatives in the 2010-2015 period.

What’s next for British politics? The first thing is some deep soul searching for the losers. Their leaders have resigned and who emerges next will also reflect on the ideological orientation of each party. This is expected to be a particularly bruising affair for Labour, which has a strong left-right cleavage, and the Liberal Democrats, who lost all but eight of their previous 57 seats.

The second thing is that the UK now faces two major existential issues—Scotland and Europe. Prior to the elections, the Conservatives had promised to hold a referendum on the UK’s membership in the European Union (EU) sometime before December 2017. There remains an element of British politics, especially in England, that is hostile to the EU. Sometimes referred to as “Little England,” this segment of the British public and the Conservative Party—would prefer to opt out of Europe, which is often seen as the cause of social and employment problems, many of them centered on immigration. This clearly has been a driving force behind the rise of UKIP, which gained close to 4 million votes.

With the 2015 victory behind him and with a more substantial popular mandate, Prime Minister Cameron is soon expected to begin drafting the legislation necessary for the referendum and setting a date.

The rest of Europe is watching. The importance of London arriving at this historical juncture was captured by Swedish statesman and former prime minister Carl Bildt who stated: “The next 18-24 months are likely to decide the shape of Europe for decades to come and the United Kingdom has now started the clock on that process.”

For many Europeans, the key question is—what do the British and, in particular, Cameron want? Would restrictions on immigration and less regulation work? These are already hot issues within the EU; adding a British demand for special treatment would only complicate matters.

Directly related to this is what role should the UK play in the world? Should the UK pull out of the EU, it becomes more isolated, especially considering that the once special relationship with the United States under the Obama administration has become so much less special. Moreover, the UK’s usefulness to Washington diminishes if London pulls out of the EU. Cameron could be the man who takes his country into a not-so splendid isolation.

The national unity issue also takes the UK’s future back to Scotland. To leave the EU would certainly boost Scottish independence. If forced to choose between the south’s “little-Englandism”, the Scots, pro-European, would most likely opt to remain in the EU as an independent nation. Scotland is scheduled to hold a parliamentary vote in May 2016. Talk of a new referendum has already started.

The postelection UK political landscape has become more challenging. Instead of the traditional conservative rivalry, British politics now must take into greater consideration Scotland and Brussels. Scotland is not likely to stand still—the independence movement has achieved a substantial victory in this past election, almost obliterating the unionist forces in Scotland from the national parliament. Prime Minister Cameron government may have to consider how much constitutional authority London can grant Scotland to keep the Scots in, without causing a rebellion in the more Little England-inclined ranks of his own party.

The British government should be carefully studying Canada’s relationship with its French-speaking province, Quebec. The party’s independence movement won control of the province’s legislature and held referendums in 1980 and 1995, both of which were defeated, the second one by a wafer-thin difference. Despite considerable political challenges, Canada managed the process of keeping Quebec within the federation, but federal Canada willingly devolved substantial powers to the province—short of defense and foreign affairs.

Nationalism is alive and well in the UK. While there is British nationalism, there are also Irish, Scottish and Welsh nationalisms and, increasingly, English nationalism. Consequently, the major challenge for the Cameron government is to hold the union together. Opinion polls currently indicate that most Britons favor remaining part of the EU. However, by putting a referendum on EU membership in motion, the Scots could be stirred to another independence vote. Prime Minister Cameron runs the risk of pushing the UK closer to ending the union. The irony could be that the Conservative victory of 2015 set the stage for end of the United Kingdom. The Prime Minister will have to show a deft hand in keeping the Kingdom united.