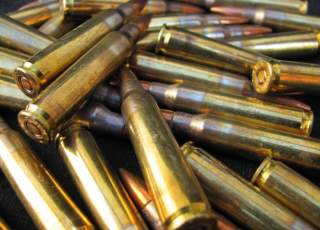 Since 2009, “Ustad” Ahmed Farooq had been the public face of Al Qaeda in Pakistan, serving as the terror group’s chief Urdu-language propagandist, later being discussed as a potential nominee to the Shura Council of Al Qaeda central, and, most recently, serving as deputy leader of the group’s South Asia affiliate, Al Qaeda in the Indian Subcontinent (AQIS).

But it was only this April, after his death in a January 2015 drone attack was acknowledged by Al Qaeda and U.S. officials, that his real name, dual U.S. nationality, and even his face (which was blurred in previous videos) were publicly revealed. It may have been to obscure the fact that Ahmed Farooq was really Raja Mohammad Salman, the graduate of an elite Pakistani military prep school whose father was a well-known Pakistani international relations professor and whose mother was a former parliamentarian nominated by a major Islamist party.

An American in Name Only

Farooq was American by circumstance. He was born in Brooklyn between 1979 and 1981, while his father, Raja Ehsan Aziz, who lived in the United States for seven years, was a graduate student at Columbia University. A Washington Post reporter suggests he was born in 1979 or 1980, but Pakistani government records state he was born in 1981.

It was unnamed American officials who revealed to the press after Farooq’s death that he was an American citizen. Farooq undoubtedly knew of his birth in the United States, but it was not mentioned in any public statements by him, Al Qaeda, or other jihadists. And he either obscured his American citizenship or was unaware of it. His mother, Amira Ehsan, claimed in a 2009 interview that her husband neither sought American citizenship for himself, nor applied for it for his son.

In Farooq’s early childhood, the family moved back to Pakistan—a Pakistan that was being radically reshaped by a military ruler, General Zia-ul-Haq, whose Islamization campaign at home and support of the Afghan war fought next door gave birth to a generation of Pakistanis with dreams of making the country—and region—an Islamic utopia. It’s this Pakistan, not America, in which his family seems to have gotten caught up in and ultimately shaped Farooq.

Farooq’s father briefly served in Pakistan’s Foreign Service. He later joined the prestigious Quaid-i-Azam University in Islamabad, where he was a professor in the International Relations Department for two decades. In the 1980s, Aziz established himself as an expert on the war in neighboring Afghanistan. In the 1990s, Aziz, according to a Pakistani writer Kamal Matinuddin, claims to have traveled deep into Taliban-controlled Afghanistan. He would be consulted as an expert on the region into the 2000s, including for the UN. And he took part in an Islamabad think tank discussion on the Pakistan and Afghanistan insurgencies as late as 2008.

Aziz seems to have been somewhat careful in drawing a line between his academic work and political beliefs. In contrast, his wife, Amira Ehsan, was a well-known Islamist. She was affiliated with the Jamaat-e-Islami (JI) into the 1990s. It’s unclear whether Aziz was formally affiliated with the group. But in the 1980s, the JI did include a segment of highly educated Pakistanis, often with PhDs from top Western universities. While JI has never had much popular support, it did receive a boost from General Zia, who appointed party members to key cabinet posts; his suppression of progressive voices also may have aided JI in developing a disproportionate representation in the country’s intelligentsia.

It does not appear that Aziz took part in radical activities publicly. He may be of a more moderate persuasion than his spouse. Amira Ehsan was elected to parliament in 1988 on a JI ticket, but she left the party in 1994 or 1995, joining a more radical splinter group known as Tehreek-e-Islami, which opposed what it perceived was JI’s timidity in working to establish an Islamic state. That same year, her own brother, the now-retired Colonel Muhammad Hamid, was reportedly involved in a failed coup attempt by a network of Islamist army officers, but later served as a prosecution witness.

During the late 1990s, as members of his family took on a more radical bent, Farooq attended the Cadet College Hasan Abdal, an elite military secondary school that has produced generals, business leaders, and other professionals. Farooq then attended the International Islamic University in Islamabad, a prominent school in the Pakistani capital where a small segment of its student body has been linked to radical networks.

Farooq’s family laid the groundwork for his radicalization. His mother, and other men and women in the Tehreek-e-Islami network, according to some news reports, may have even encouraged or even facilitated him and other sons to wage war against the Pakistani state. But when queried on the matter, a Pakistani official stated that Farooq’s parents were investigated and there was no evidence indicating they provided him any operational support. And in a 2009 interview, Amira Ehsan said that she “strongly oppose[s] terrorism within Pakistan.” One of her other sons, according to an unconfirmed report, is or was an army doctor. Yet in a tribute to Farooq, AQIS leader Asim Umar suggested that another brother of Farooq may have also died fighting in Pakistan’s tribal areas. The family may still have more explaining to do.

Ultimately, it was the ground shift in the region in the wake of 9/11 that pushed Farooq and many other Islamists in Pakistan over the edge. The Pakistani military decided to support the United States in the war against Al Qaeda and the Afghan Taliban. Pakistani jihadists were incensed by the arrest and transfer of many of their allies, including the Taliban ambassador to Pakistan, into U.S. custody, and the critical role Pakistan played in facilitating the fall of the Taliban, whose government was seen as uniquely reflecting Islamic ideals.

In 2007, Farooq joined an Al Qaeda cell led by Dr. Arshad Waheed, according to a Pakistani official. Waheed would be killed the next year in a CIA drone strike in South Waziristan. He was posthumously lionized by Farooq and Al Qaeda as a man who gave up a potentially lucrative medical career to fight in God’s path. Waheed left training to become a specialist in neurosurgery in October 2001, when the U.S. air campaign in Afghanistan began, providing medical assistance to militants in Kandahar. After the fall of Kabul to the Northern Alliance, Waheed returned to Pakistan, where he aided militants fleeing from Afghanistan. He was detained by Pakistani intelligence for alleged involvement in an assassination attempt on President Pervez Musharraf.

Waheed was the most prominent among many middle and upper middle class, educated Pakistanis who joined the ranks of Al Qaeda over the course of the decade following 9/11. What Waheed, Farooq, and others also had in common was past membership in the JI-affiliated student group, Islami Jamiat-e-Talaba, or family members associated with JI.

In 2007 or 2008, Farooq began preaching using the pseudonym Qari Abdullah Farooqi on a jihadist outlet known as Sada-e Khorasan. In 2009, he—according to a Pakistani official—facilitated the Parade Lane attack, a massacre of men and children at an army mosque in Rawalpindi. In the same year, he began serving as Al Qaeda’s chief propagandist for Pakistan. By 2013, under Farooq’s stewardship, Al Qaeda’s productions in the Urdu would exceed all other languages in output.

Farooq’s style of preaching was gentle, almost effeminate. His voice was weak, perhaps due to a heart condition. But his polemics, especially in the framework of Al Qaeda’s long documentaries, were biting.

The narrative Farooq offered was truly radical. The Pakistan Army, he argued, was no army of Islam; it was and remains the “Royal Indian Army”—a tool of Western powers to suppress the natives. In Farooq’s account, the alleged crimes of the Pakistan Army long precede the war on terror. Slick documentaries he produced castigated the Pakistan Army for massacring Muslims in the 1971 civil war in what would become Bangladesh, and for military operations not just in the tribal areas, but also in Balochistan. He also excoriated the army as a corrupt institution that sold prisoners to the United States and enriched itself in real estate and other economic ventures.

Unlike Al Qaeda’s Arab leaders, Farooq was able to frame his arguments in a uniquely Pakistani way. Ahead of the 2013 general elections, he appropriated the rhetoric of leading Pakistani politicians, by bemoaning the shortages of “gas, electricity, and clean water” and calling for a “revolution.”

Beginning of the End of Al Qaeda

Today, Al Qaeda in Pakistan is a shell of its former self. It once had the capacity to order the assassination of former Prime Minister Benazir Bhutto and anchor a jihadist war against the Pakistani state. Now, its core and South Asia leaderships have been decimated by drones and Pakistani military and police operations. An Urdu-language Al Qaeda spokesman said in a recent statement that drone attacks have killed scores of Al Qaeda central leaders and around fifty members of its South Asia affiliate.

Meanwhile, the Pakistani military has conducted hugely successful operations against Al Qaeda, the Pakistani Taliban, and other jihadist groups in North Waziristan and in Karachi. Anti-state jihadists have been denied critical operational space. Almost two-thirds of the Pakistan Army’s active-duty personnel are involved in some shape or form in the counterinsurgency in the country’s northwest.

But it will take a generation to completely cure Pakistan of the strain of jihadism that has infected the country since the 1980s. The perfect antidote is a pluralistic, democratic, prosperous, and secure Pakistan. A steep decline in terrorism, positive relations between its civilian and military leaders, and an improving economy suggest Pakistan is on that very track. Still, real change in the country will require not just a good year, but at least a decade of sustained reform.