The Upside to Populism: It May Have Saved the Euro 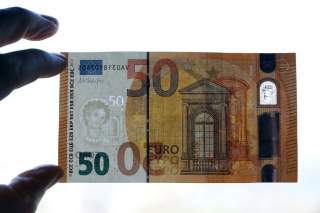 Neither the Federal Reserve nor Alternative for Germany (AfD), the right-wing political party, are intentionally helping the European Central Bank, but their recent actions may help to resolve one of the most entrenched issues for the European economy in 2017—the euro.

At its long-awaited September meeting, the Federal Open Market Committee decided to begin reducing the Fed’s swelled balance sheet. This was widely expected. What appears to have been a shock to markets is the unchanged outlook for rate hikes in 2017. There were roughly 50/50 odds of a hike in December, but the expectation was for only one hike in 2018, not the three.

It should be noted that much of the Federal Open Market Committee and Federal Reserve Board of Governors will be turned over in the coming months, rendering these projections useless or, at best, questionable. Nonetheless, the combination of a balance-sheet reduction, a probable December rate hike, and three hikes projected for 2018 (however improbable that might be) was enough to provoke reactions across a broad range of assets, though most were fairly short-lived.

Normally, the most important reaction to a Federal Reserve announcement would be U.S. interest rates. But this time around the currency reaction is more intriguing. The U.S. dollar rose dramatically against the euro and yen, and, for the most part, it held its ground. As a result, the bank is likely breathing a bit easier at the moment. The stronger euro has been a headache for policymaking in the area as most of the economies in Europe are doing well. The problem of euro strength flows through to its one mandate—inflation.

With the more hawkish leaning Fed, the European Central Bank may have a more stable euro, allowing more policy flexibility without the threat of the euro strengthening too much further.

Oddly enough, the primary outcome of the September Fed meeting is a much greater chance of the bank moving forward with a taper of its quantitative easing stimulus program without the potential fallout of a stronger euro derailing the recovery.

Meanwhile, the German election results were surprising in that the far-right AfD party won 13.5 percent of the vote. Merkel’s CDU party still won the election, but by far less than had been anticipated. It will take time for Merkel to put together a governing coalition. The knee-jerk reaction from markets was to push the euro still lower as market participants began to question whether the prevailing theory of the defeat of European populism was overblown. And again, the lower euro will likely be welcomed by the European Central Bank and Draghi.

Since Europe is a driving force behind the surge in global growth, however, the more pressing question might be the potential consequences of the election on global-economic expansion. The answer is not much, hopefully. The weaker euro will help, and it will provide some monetary policy room for the bank, but it is worrisome.

Consensus estimates for economic data have been moving higher in the eurozone while moving lower in the United States. To illustrate the extent of the consensus movement in the eurozone, look no further than the expected GDP estimates for 2017, which have nearly doubled in the past year. Growth was supposed to accelerate in the United States. Instead, the surprises have come from Europe, and in particular, Germany, where manufacturing has surged recently, and purchasing managers’ index manufacturing survey points to further gains. But there is good news for the global recovery. It is broad-based with China, Japan and the United States also accelerating manufacturing. Europe is a driver of the surprisingly strong global economy, but it is not alone.

One thing that could interrupt this nearly perfect condition for the European Central Bank is one of the principal actors in creating the current conditions—the Fed. A weaker dollar has allowed the Fed to raise rates three times, and not tighten financial conditions much. This has been a policy boon for the Fed. If the dollar begins to strengthen too much, it could cause the Fed to rethink its current hawkish. But that is a long shot, the dollar’s effects will take some time to filter into the real economy. Therefore, the dollar poses little threat in the near-term to the derailing the bank.

The German election results and the Fed’s hawkishness will have consequences for the politics and monetary policy of Europe, but their extent is unknown at this point. That being said, it is unlikely to derail the prevailing global economic trends.