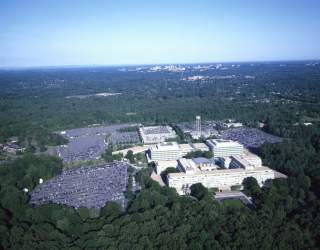 The ability to think creatively, it seems, is today's Holy Grail. Businesses claim to want more of it. A growing number of schools concentrate on it. Countless books and magazines are dedicated to it. Myriad conferences build their themes around it.

Why does creativity increasingly seem so important? What does it actually mean to think creatively? Moreover, why doesn’t the intelligence community (IC)—especially its analysts—seem to covet this ability the way so many other organizations and industries do?

Well, the answer to the first question comes down to the fundamentally different nature of today’s world: highly complex (interconnected and interdependent) and growing more so by the second. Sure, many people—including many intelligence analysts—dismissively say that the world has always been complex, as if that somehow refutes the notion that things have changed. However, the fact of the matter is that the past thirty years have seen complexity increase on a scale—globalization anyone?—and at a clip that far exceeds what came before. In sum, the world has indeed changed—a lot.

More specifically, during this period, both China and the remnants of the Soviet Union—a huge chunk of the world by any measure—went from being thoroughly disconnected entities to fully integrated members of the international order. Moreover, and perhaps more important, the information technology revolution—personal computers, cell phones, internet—has permitted people down to an individual level to not just “be reached” but “to reach” unprecedented numbers of others. In fact, Sir Tim Berners-Lee—the inventor of the web—asserted on Google’s official blog on the occasion of the web’s 25th anniversary this past March, that 40 percent of the world’s population is now online. By extension, it is reasonable to expect that global complexity will continue its spike as the IT revolution continues to roll along.

It’s precisely this new level of complexity that explains why creative thinking is now so highly valued. The essence of a highly complex situation is rooted in the dynamic nature of the relationships, interconnections and interdependencies between the parts—not merely the parts themselves. And in order to discern those interconnections, to see those relationships, to perceive those interdependencies, and to understand what they might mean for emerging circumstances, it is fundamentally necessary to think creatively.

This, of course, begs the question of what exactly it means to think creatively. In this context, it means thinking that considers a broad array of possibilities by mentally synthesizing multiple—extant and potential—connections. Or, to be more concise, it is thinking that is: wide-aperture, holistic, big-picture, synthetic, divergent or lateral. Indeed, the MacArthur Foundation, which awards its eponymous fellowships to individuals who exemplify this type of creativity, provides some usefully elaborative language on its website: “…to connect the seemingly unconnected…fusing ideas from different disciplines into wholly new constructions…producing works that broaden the horizons of the imagination…to transcend traditional boundaries…to synthesize disparate ideas and approaches.”

Which leads to the third question: why isn’t the IC clamoring—like so many other organizations—to think creatively about the increasingly complex world it is supposed to understand?

First, it’s important to note that the IC remains cognitively predisposed for the type of complicated—but comparatively less complex—challenges for which it was originally designed. That is to say, the Soviet Union was a closed and hierarchically organized issue in which the relationships were largely mechanistic (vice dynamic). As such, it was an entity that could be effectively, which is not to say perfectly, understood by analysis—by breaking it down into distinct pieces. (We do, after all, call them intelligence analysts for a reason.)

The roots of this reductionist mindset can be found in the four analytic rules (sometimes known as the “rules of linearity”) that tend to heuristically underpin—and bias—most IC thinking.

The first rule states that multipart challenges are additive—that the whole is equal to the sum of its parts. It is this rule that allows for the notion that one can understand the whole by looking at the pieces separately and then just adding them together.

The second rule states that behavior tends to repeat and thus future behavior is likely to be similar to past behavior. It is this rule that encourages analysts to reason by analogy and extrapolate past patterns—often indefinitely—into the future.

Rule three states that there tends to be clear and identifiable cause-and-effect relationships between actions and outcomes. It is this rule that encourages analysts to seek and find simple causal chains, leading—too often—to only first-order outcomes.

The fourth and final rule states that there is proportionality between input and output—that a small action will lead to a small outcome or effect and that a large input will lead to a large outcome. It is this rule that encourages analysts to discount the importance of unique conditions at unique moments in time.

As effective as this kind of rule-based—critical—thinking can be for understanding complicated challenges, it is often problematic when misapplied to highly interconnected, complex phenomena. Quite simply, complex issues tend to defy the behavioral conclusions that these rules promote. They are not repeatable (rule two), they defy the clear identification of simple cause-and-effect dynamics (rule three) and they are highly sensitive to unique conditions at unique moments (rule four).

But most importantly, complex challenges are not additive (rule one). That means they are prone to displaying emergent macro-behaviors—political/economic/social contagion, pandemics, climate change, urbanization, migration, proliferation and so on—that cascade via the many interconnections. Indeed, such complex phenomena can only be understood and anticipated via holistic, synthetic—creative!—perspectives that break the analytic rules.

That said, mitigating the analytic bias is not just a matter of analysts becoming cognitively more self-aware. The IC must also address a whole range of institutional characteristics that both reinforce and reflect the bias. For instance, the IC’s enduring organizational and analytic account structures—with their “stay in your lane” ethos—inevitably impose traditionally distinct and narrow perspectives. The continuing overemphasis on classified sources and/or the reflexive need to classify most output reinforces the requirement to compartmentalize—to break issues down. Prevailing metaphors derived from the Cold War era—terms such as inertia, momentum, tension, leverage and so on—promote a tendency to think of issues as complicated (mechanical) systems vice complex (organic). The “production” imperative drives an assembly-line mentality that favors uniformity and “efficiency” over creative deviation. And so on.

There are many ways the IC might start to attack these creative impediments. It could adopt more adaptive organizational principles that permit analysts to fluidly self-organize around the issues they are trying to understand. It could make the use of synthetic methodologies (gaming, simulation, red-teaming and so on) mainstream—vice “alternative”—analytic activities. It could emphasize that intelligence value-added is increasingly going to derive from the ability to make sense of—to synthesize—the inexorably growing mass of unclassified information, rather than just more or better classified collection. It could promote greater consideration of U.S. policy—as it both shapes and responds to global dynamics—in its assessments. And, of course, it could make creativity a greater consideration in recruitment and training initiatives.

All told, the world today is vastly changed and demands—to use the old Apple slogan—that one “think different.” In particular, the ability to think creatively can no longer be thought of as some mystical ability that is the unique purview of some indefinable “artist-type.” Rather, it is now a vital—and fundamental—ability that needs to be carefully cultivated, incentivized and valued by any organization that seeks to remain relevant in this new world.

For the IC in particular, the implications are stark. On the one hand, success in addressing its creativity crisis will mean continued relevance—the ability to add value—to our ongoing national discourse about a rapidly morphing global environment. Failure, on the other hand, can only portend a continuing struggle to understand—never mind anticipate—the emergent phenomena that this ever-more-complex world will continue to generate.