The U.S. Navy Has Sailed Past China’s Artificial Islands—And Must Do So Again. 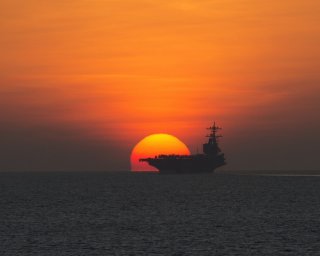 On Tuesday, the destroyer USS Lassen sailed within twelve nautical miles of China’s man-made “islands” in the South China Sea. The transit, referred to by the U.S. Navy as a “freedom of navigation operation,” had been rumored for months and, according to press reports, resisted by senior officials at the White House for fear of antagonizing China. As predicted, China vigorously protested the operation and summoned the U.S. ambassador to China for a particularly angry harangue.

For an operation that prompted such hand-wringing in the Obama White House and angry protestations in Beijing, the Lassen’s transit should have been anything but controversial. Until 2012, when the Obama administration stopped sending vessels near the roughly 3,000 acres of land China has reclaimed in the South China Sea, the U.S. Navy and numerous others regularly transited this territory for decades. It is a critical principle of international law that any nation is entitled to pass freely and unobstructed near these man-made features, and the Lassen’s passage was a step in the right direction.

China’s widespread reclamation activities, which far exceed any similar activity by neighboring states, is but one part of a pattern of behavior that has marked Beijing as the principal factor contributing to the growing instability in the Asia-Pacific region. Whether it is the unilateral declaration of an Air Defense Identification Zone (ADIZ) in the East China Sea, and the persistent threat to follow suit in the South China Sea, or China’s reckless encounters with U.S. and Japanese ships and aircraft, Beijing is systemically destabilizing the Asia-Pacific region. Make no mistake, the steady deterioration in regional security over the last several years is directly attributable to a series of actions carried out by China and its military.

The United States has a clear national security interest in maintaining freedom of navigation in the South China Sea, through which about 30 percent of global maritime traffic flows. China’s grandiose claims to all the waters and islands within its “nine-dash line,” as well as its attempts to unilaterally change the status quo by reclaiming land and declaring extralegal restrictions on passage near these features, directly threaten that traffic. As important is the broader principle of freedom of navigation, which the United States has vigorously upheld for over two centuries and which forms an essential component of the rules-based international order that has prevailed in Asia since 1945. Should China prevail in its specious claims, the rules and norms that the U.S. has supported for decades will be effectively nullified, both in the Asia-Pacific and around the world.

Now is the time for the United States to make clear that the Lassen’s transit was not simply a one-off event, or a goal in and of itself. By not challenging China’s excessive claims since 2012, the administration erroneously signaled a shift in the American belief in the unencumbered passage of all nations’ navies in international waters. These operations should never have ceased, and now they must continue on a regular basis to reinforce U.S. commitment to what must remain an unshakeable principle of international law and U.S. foreign policy. The U.S. Navy—in concert, where appropriate, with the navies of our regional allies and partners—should leave no doubt as to the illegitimacy of China’s assertions.

The administration’s stated desire to “rebalance” to the Asia-Pacific has so far consisted more of rhetoric than substance. By undertaking freedom of navigation operations in the South China Sea as a regular operation in pursuance of long-standing U.S. principles, the administration has the opportunity to show Beijing, and the rest of the region, that America can do more than just give speeches to uphold stability in the world’s most dynamic region.