The Forgotten North Korea Crisis: How China Is Pushing Back against South Korea Over THAAD 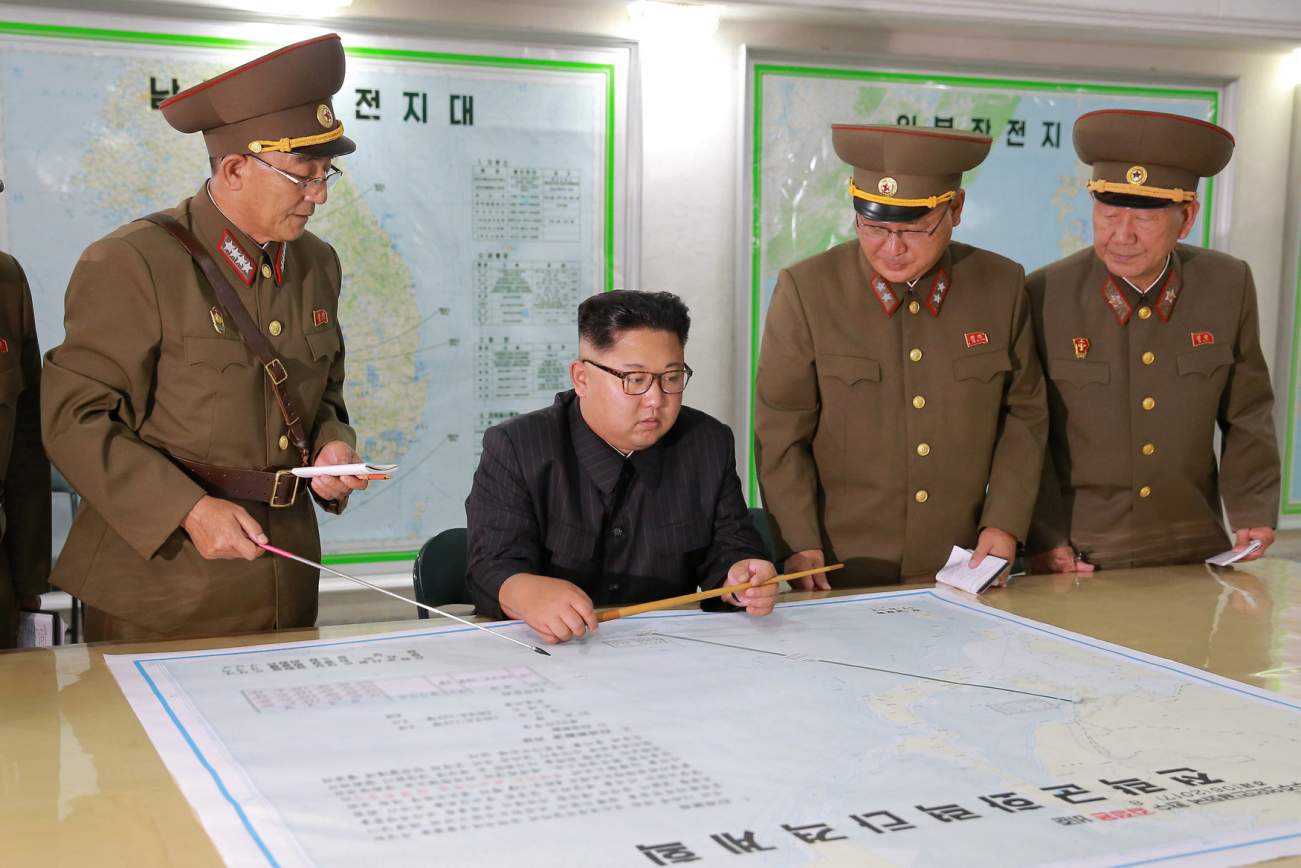 The lynchpin of the still-nascent Trump administration’s strategy on North Korea—aside from increasingly hyperbolic rhetoric emanating from the likes of even near-statesman such as Jim Mattis—has been to pressure China, Pyongyang’s principle benefactor going on seventy years. But evidence that that approach is lacking abounds, not least because the president put the Western world on edge last week about the very real possibility of imminent hellfire. Despite a cordial April Mar-a-Lago summit between Donald Trump and Xi Jinping, China is largely ignoring U.S. directives and prerogatives in the Asia Pacific region, if its economic pressure—some would say bullying—campaign on South Korea to abandon the THAAD missile defense shield is any evidence. The administration seems to agree, after a brief period of detente. The last week has seen nationalist-populist elements in the White House drawing up fresh investigations of China’s economic practices.

The National Interest spoke at length with U.S.-China Economic and Security Review Commission Chairman Carolyn Bartholomew not long after the commission released its “China’s Response to U.S.-South Korean Missile Defense System Deployment and its Implications” report, which is potentially groundbreaking in the genre. The report sheds light on a little-covered facet of the Korean issue. “Economic coercion” is the favored term of the U.S. government to describe what Beijing is doing to the South. K-Pop, Korean pop, is a cultural behemoth in Asia, and among immigrant groups in Europe and North America. But its status is threatened in potentially its largest market, China, over the THAAD issue. The broad swath of the swiftly emerging South Korean entertainment interesting is impacted:

Also, with that as a backdrop—and the perception, at least, of continuing U.S. domestic instability—players like Russia could pounce; much is to be determined, but the U.S. risks embarrassment in the region. Russia “sees opportunity with the U.S. that is otherwise occupied,” Bartholomew tells me. “How is the United States otherwise occupied? . . . I don’t know what you’re referring to,” I press. “It’s no secret that people in the rest of the world are watching and alarmed . . . and those who do not look favorably on the U.S. role and the U.S. value system are poised to take advantage of the turmoil,” said Bartholomew, a lawyer and former aide to senior Democrats such as Nancy Pelosi and Bill Richardson, the former UN ambassador, congressman, governor and presidential candidate.

Below are key portions of our conversation on China’s efforts vis-à-vis South Korea, lightly edited for context.

Mills: Any color you’d like to lend to the report, in general?

Bartholomew: Our commission is established by Congress to advise Congress on issues relating to the U.S.-China economic and security relationship. This report grew out of some requests from some people on the Hill for a better understanding of what China’s arguments were against THAAD.

Mills: Is there any concern at all that China could be successful [in its pressure campaign], particularly with this president [Moon Jae-in], a political liberal in the South Korean context? That Moon, given certain circumstances, could pressured to either downscale or to completely come out disapproving of THAAD? Or no?

Bartholomew: President Moon has his own policies, as to what he believes would lead to some kind of success dealing with North Korea. I think that the recent [missile] tests have already illustrated that President Moon will be flexible—he’s facing realities. . . . The fact that he has decided to move forward with the installation of the four launchers is to me an indication that he could very well see THAAD as an important piece of layered defense. He was only elected May 9—pretty fast turnaround for him.

Mills: So that’s a no, in terms of significant U.S. concern that Moon could be bullied out of it?

Bartholomew: I think what I’m resisting is a characterization that he would be “bullied” or not. Because his positions already were different than the previous government’s positions. And that’s his right to have those positions. I think the risk that China runs every time it uses coercion—which is a form of bullying—is that it drives the people of the country and in the region further away from the Chinese. So, it might have some immediate impact, but the people of South Korea resent that these things are happening. This coercion China is doing—and I think that people see this—is obviously a bullying maneuver.

Mills: So it’s backfiring on the Chinese?

Bartholomew: I can’t say that with 100 percent certainty. But I think that, generally, it raises questions about how close people are interested in being with China. . . .  I think our report, frankly, does a good job of laying out “This is what the Chinese say” about THAAD, but here’s why those arguments don’t hold carry a whole lot of water.

Bartholomew adds: The Chinese are using the installation of THAAD as an excuse to get closer to Russia—that’s an excuse, but it’s not an explanation. . . . The United States has been responsible for the security architecture for over seventy years now. I think think that the Chinese arguments are weak and they are making them for their own reasons.

Mills: What are those reasons?

Bartholomew: I have thought about this for a while. I think that they can’t just let this happen, without it feeling they are allowing an increased U.S. presence in the Asia-Pacific. If you believe that ultimately what they want to do is displace the United States in the Asia-Pacific, then of course they are going to raise these concerns. People in the Department of Defense in this administration and previous administrations have offered to brief Beijing on the technical aspects of the THAAD system, and they have declined those briefings.