The Victims of Wishful Thinking About Iran 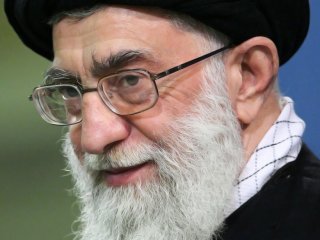 The implementation of the nuclear deal, the recent release of several American prisoners held by Iran and the swift release of U.S. Navy personnel captured by the Iranian military all perpetuate the belief that Iran wishes to resume open and benevolent relations with the West and the United States. Some even hope this will lead to the gradual implementation of democracy in Iran. But this analysis is premature. Ruling hardliners continue to resist reforms even as they present a façade of reform to the rest of the world.

Consider the recent political events in Iran. In October, Iran tested mid-range ballistic missiles—in violation of United Nations Security Council resolutions—despite having just signed a treaty aimed at preventing nuclear proliferation. Then, the detention of American sailors, which seemed to be resolved amicably, was later revealed to be an antagonistic exercise after the regime broadcasted footage showing the sailors held at gunpoint and humiliated while in custody. Ayatollah Khamenei later praised the decision of the naval commander to detain the American sailors, awarding him the most prestigious military medal in Iran.

Unfortunately, the nature of the Iranian government is such that it concentrates the most power among the least democratic institutions in the country. President Rouhani, the country’s elected executive, has been the face of Iran’s foreign relations, including negotiations for the recently implemented nuclear framework. But Iranian foreign policy is, in reality, controlled by the unelected Supreme Leader. Ayatollah Khamenei will not allow meaningful reforms in foreign policy or domestic politics, despite the reform-minded wishes of President Rouhani. The president is mainly an agent for the implementation of the Supreme Leader’s policies.

While Ayatollah Khamenei has allowed some semblance of political normalization to occur, he does not actually want the kind of pervasive normalization that will empower Iranians and lead to democracy. Rather, he wants Iran to be accepted in international diplomacy when it can benefit his country’s international image and geopolitical significance—but not when it would compromise the stability of his establishment regime. In other words, the Ayatollah desires selective normalization.

Khamenei’s goal is to create an international image of Iran as a stable nation with worldly institutions, instead of an isolated, adversarial, theocratic regime. This vision includes sincere relations with China and Russia—nations that, while ideologically distinct from Iran, will not push Iran to democratize.

The benefits of Ayatollah Khamenei’s foreign policy approach have already manifested themselves through sanctions relief and the legitimization of Iran’s nuclear research program. These developments are both the result of and will further contribute to the notion that Iran is becoming a legitimate international actor. They will also bring economic benefits almost exclusively to the country’s elite.

The hardliners aren’t afraid to wield power to ensure that their authority is not substantially challenged. With upcoming parliamentary and Assembly of Experts elections on February 26, the Guardian Council has, within its constitutional authority, disqualified 99 percent of reformists who registered to run in these elections. Not only will this harm President Rouhani’s ability to influence legislation, it will also threaten his control of the executive branch.

The pragmatists’ inability to succeed legislatively will likely frustrate reform-minded citizens, who will voice their discontent with their representatives, namely President Rouhani, in the next election. This is the process that allowed Mahmoud Ahmadinejad, a hardline loyalist to the Islamic Revolution and the Supreme Leader, to succeed President Khatami in 2005, and it will all but assure that the hardliner policies will remain unchanged.

Even if President Rouhani wants to challenge the hardliner grip on foreign policy, his available recourse is limited. While he does have connections within the security establishment aligned with the Supreme Leader, Rouhani could not mobilize them to negotiate a deal allowing reformists to participate in the elections. Rouhani could decide to not hold elections, but this is extremely unlikely and would have its own consequences for the public’s perception of his commitment to democracy.

As it stands, the true nature of the Iranian government, in relation to both the international community and its internal affairs, is unlikely to change anytime soon. The hardliner regime’s propensity for normalization with select members of the international community is meaningless without sincere normalization with the United States and the West, and elections will continue to be manipulated in favor of hardliners at the expense of pragmatists and reformists. Neither normalization nor democratization in Iran are likely to occur soon, and those suggesting otherwise are victims of wishful thinking.

Saeid Golkar is a visiting fellow for Iran policy at The Chicago Council on Global Affairs and an adjunct professor for the Middle East and North African Studies Program and a visiting scholar at Buffett Institute for Global Studies at Northwestern University.