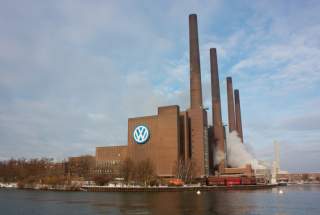 Volkswagen today finds itself engulfed in an “existence-threatening crisis” that may impact more than 10 million cars globally, and which may end up costing the company billions of dollars in direct penalties, not to mention atrophying market share. The scandal, which involves the use of devices meant to cheat NOx emissions tests for diesel vehicles, also threatens to cast a web of scrutiny and doubt on other pollutants and other automakers. It is increasingly clear that the issues are systemic in nature, and will require a rethink of business models and the future of diesel engines by the German automobile industry. What is less visible, though no less important, is the broader policy failure that the affair implies and the actions beyond just the automotive sector that are needed to rectify it.

In the wake of the VW scandal, the calls for tough penalties and tougher regulation are inevitable. This is a natural response, and an understandable one in light of extensive and sophisticated cheating. It will also be consequential. By one estimate from Credit Suisse, the cost of the crisis for the German economy, at $87 billion, may very well exceed not only the Deepwater Horizon oil spill but also the prospective costs of a Greek exit from the Eurozone.

But if “crime and punishment” is one of the narratives of the past several weeks, another must surely be “inherent vice”—the fact that an over-reliance on automobiles to almost exclusively achieve a litany of environmental goals in the transport sector is flawed from conception and bound to deteriorate over time. In other words, this is not only VW’s failure, but that of government as well. Tougher regulation may be useful, but it is smarter policy that is truly needed.

The role of the transport sector in global environmental challenges is sizable. Beyond local environmental pollutants such as NOx, SOx and particulate matter, transport accounts for at least a quarter—and perhaps more, depending on accounting methodology—of global greenhouse gas emissions. The main policy approaches to managing the climate impact of transport thus far have been vehicle fuel efficiency standards (in the U.S. and elsewhere) and vehicle CO2 standards (in the EU). To be sure, the focus on automobiles has contributed to significant gains and helped to make modern vehicles true IT hubs as much as mobility machines. One amusing anecdote is that new luxury vehicles contain nearly twice as many lines of code as all of Facebook or the Large Hadron Collider. But by many accounts, vehicles may have been pushed to their limits, and this, in combination with the powerful political lobbies, will almost certainly ensure that a weakening, not strengthening, of vehicle standards is most likely in years to come.

Even when successful, vehicle standards are incomplete solutions. As they become more stringent over time, they make traditional internal combustion engines more competitive by using new materials and technologies to increase fuel mileage, in the process rendering new alternatives such as hybrids or electric vehicles less desirable on the margin. There is no problem with this necessarily, but a holistic approach that creates a supportive ecosystem for conventional and alternative vehicles, along with new dynamic services of the “sharing economy” such as Uber or Zipcar, would be far superior. The same can be said for structural reform of many countries’ transport systems and their at-risk funding mechanisms, as has been well documented by luminaries of all political stripes. In many cases this will require smarter, rather than more, regulation.

Most importantly, in contrast to the burdens placed upon automobiles and alternative fuels (such as biodiesel) to prove their environmental credentials, fossil fuels remarkably escape any such scrutiny. Research done by the Carnegie Endowment for International Peace on the climate impacts of oil has suggested a nearly twofold spread between the least and most climate-impacting oils in a sample of only 5 percent of the globally traded market. Yet petrol, diesel, jet fuel and other products refined from these oils face no incentive structures to lower their emissions or replace high-carbon crude feedstocks with lower-carbon ones. This is a tremendous oversight on the part of policymakers on both sides of the Atlantic, for whom it has been far easier to set unrealistic standards on the automotive industry and (especially in the case of Germany) to strategically ignore meaningful monitoring and enforcement.

Systems thinking and science-based fuels policies would act as force multipliers for the various vehicle standards in existence today. Without them, a flawed and asymmetric regulatory approach will lumber forward, sowing the seeds for further discord and more failed expectations. If there is one lesson to be learned, it should be that myopia in policy eventually leads to dystopia in outcomes. Sure, the diesel vehicles sold by VW have now been shown to be guilty of inherent vice. But so has the policy approach that, whether knowing or not, gave birth to problem with which we now grapple.

David Livingston is an associate in Carnegie’s Energy and Climate Program, where his research focuses on innovation, markets, and risk. He previously worked at the World Trade Organization in Geneva and at the United Nations Industrial Development Organization (UNIDO) in Vienna. He has consulted for a number of organizations on projects relating to climate change, green growth, and stranded assets.